Is Cannonau the magic elixir that keeps Sardinia’s centenarians clicking their heels rather than turning up their toes? So it’s said.

Is the Mediterranean island the place of origin inscribed on Grenache’s birth certificate? There are Tweets that argue that Spain’s paternity claim is “fake history.”

It certainly is true that Sardinia’s beloved Cannonau is a press agent’s dream – tastes great, has many facets and comes with a ton of fascinating stories that would make you welcome it in the companion seat on a long flight.

But there is more to Sardinia’s wine story than 50 shades of Grenache.

Although Sardinia – or Sardegna – is a part of Italy, is has many cultural and historical links with Catalonian Spain and the South of France which has left it with a wide array of grapes for making wine, many of them native, or almost so, and others that have long been forgotten in their lands of origin.  What makes Sardinia so delightful is that it has largely ignored the calls to produce the most-commercial wines possible for export. In fact, Sardinian growers seem almost ambivalent about market growth, even though its growing conditions are ideal. Annual production in 2015 was a measly 800,000 hectoliters, although that is up by 50 percent from 2012.

Sardinian growers large and small appear to be proud of their craft, and their vineyards are beautifully tended. It’s just that they don’t seem to be swayed by market trends or the latest fad in winegrowing or the newest tools for their cellars. And they continue to grow grapes that few people do elsewhere. 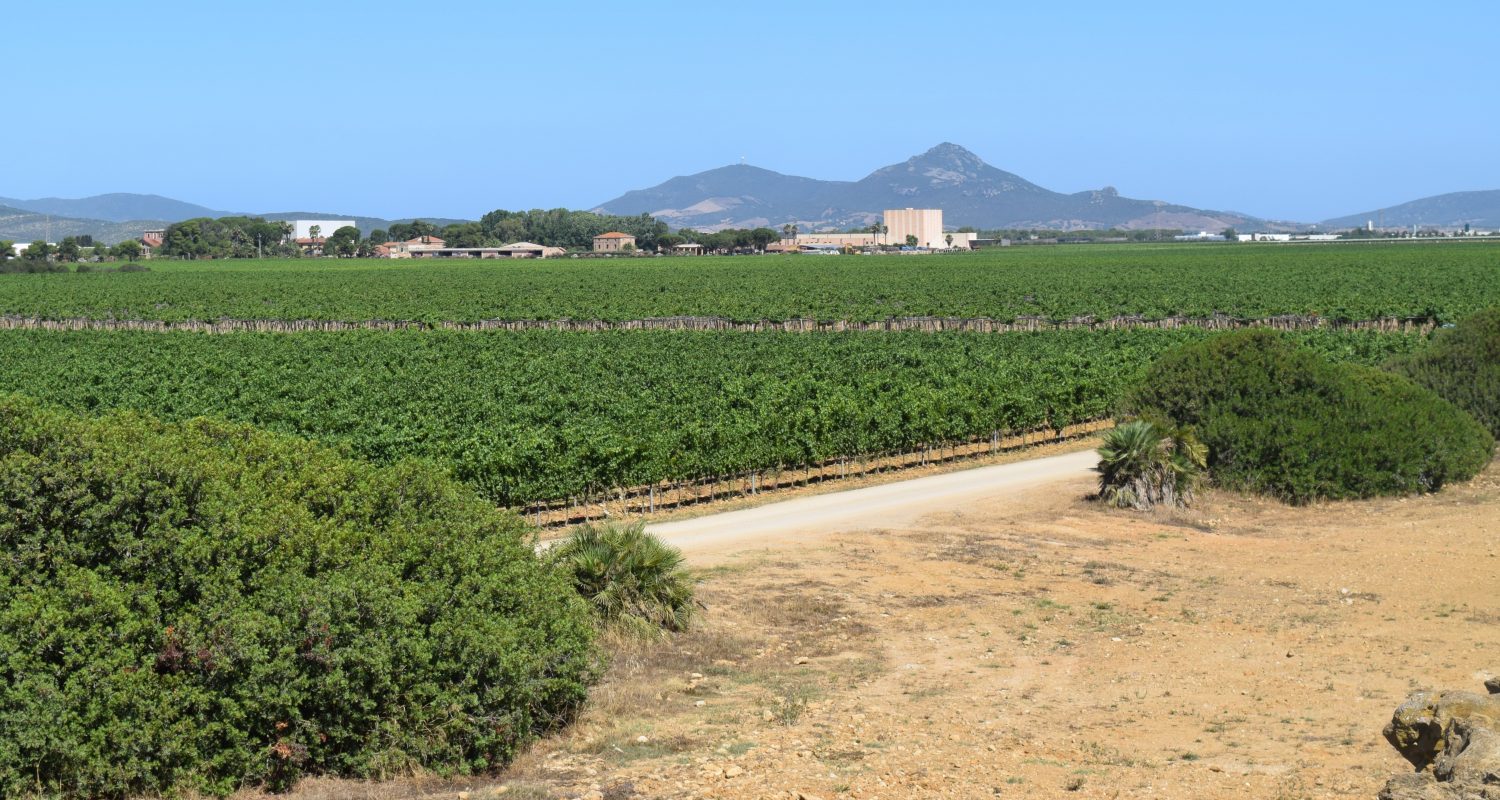 Which brings us to Torbato and to Sella & Mosca, my host for a recent week’s journey across Sardinia. The 118-year old firm is the largest on the island and has what is believed to be the second-largest contiguous vineyard in Europe – more than 1,200 acres of vines near Alghero. But the company emphasized that it wanted to give me and my colleagues a taste of Sardinian culture and geography as much as they did to demonstrate the winegrowing prowess of their firm.

On my first night off the plane from Rome, we paused a couple of hours into our journey for an Instagram moment –a large flock of sheep being herded across the narrow road – on our way to a quiet dinner at a one-star Michelin restaurant, Robert Petza’s S’Apposentu di Casa Puddu, in the small town of Siddi.  Although it was a Monday evening, the worldwide night of rest for most restaurateurs, Petza not only opened his place for us but prepared a tasting menu that matched the handful of Sella & Mosca wines chosen for that occasion. 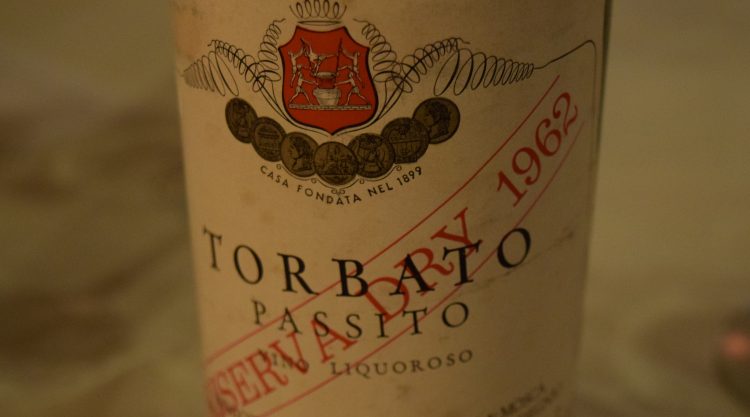 Three of those half-dozen wines were made from Torbato, a white grape that Sella & Mosca years ago brought back from near extinction, perhaps hearkening back to its roots as a post-phylloxera nursery.  If there is such a thing as a “monopole varietal,” then it is Torbato, today only commercially grown and made into wine in Sardinia by Sella & Mosca.

We tasted two of them back-to-back – a 2016 “Terre Bianche” Torbato and a 2016 Torbato Nature. Sella Mosca – the “and” is frequently dropped in conversation – also produces a Torbato sparkling, and we finished the evening with a 1962 Torbato Passito Vino Liquorso, a lovely wine that would have aged beautifully for many more years had we not totally consumed it.

Winemaker Giovanni Pinna explained that he wanted to experiment with his version of “natural” winemaking – or at least cellar work with minimal interventions – with Torbato because it offers diverse possibilities, including having a very flavorful skin, ideal for making an orange wine. I confess that we wine writers get too excited about lesser-known grape varieties while on these junkets – Grillo and Assyrtiko, anyone? – but I was amazed about how good Torbato tasted, whether modern, traditional, sparkling or sweet. Fortunately, Palm Bay imports three Torbato varietals or Torbato blends.

Later in the week, we visited production areas for a more conventional grape, Vermentino, which seems to have a creamier flavor than it does on the mainland while maintaining its acidity. Sardinian classifications tend to link a grape to a region, and Vermentino, from Gallura, is the island’s sole DOCG. Otherwise, there are 19 DOCs and 15 IGTs.

Another popular, though perhaps less-commercial, white grape is Nuragus, which takes its name from the large, prehistoric stone edifices that dot the island, seemingly at random, like gigantic brown mushrooms.  More traditional white varieties widely grown are Moscato and Malvasia, which may be made either sweet or dry, as well as an unusual iteration of Vernaccia di Oristano, which is made in a type of solera system. Another ancient varietal, Nasco, is used mainly in sweet wines although it can be made dry.

When it comes to red wines, perhaps the most important one, and one that is frequently exported, is Carignano.  It is grown primarily in the southern part of the island, while Cannonau owns the mountainous east and the north.  It is a bit unusual that Carignano is given so much attention here, while in many other regions – particularly the south of France – it is only a lesser blending grape.

Two other primarily local red grapes are Monica and Girò.  The latter is used primarily for sweet wines, while Monica is grown primarily in the south of the island and – although its roots are in Spain – almost nowhere else.  It is famously over-cropped and in need of some love and care to reach its potential.

Of course, international varieties, especially the French ones, are commercially grown and sold as varietal or in blended wines. Surprisingly, there is little Sangiovese grown here, although Tuscany is Sardinia’s nearest mainland neighbor.

In its extensive commercial use of these grapes that are either unique to the island or seldom grown elsewhere, Sardinia is somewhat similar in its diversity to the many appellations collected under the heading of Southwest France. Fortunately for American drinkers, wines from Sardinia are widely imported here – with a fair selection of varietals and styles – and are often prominent in restaurants. That includes Cannonau, which you must use to toast your 100th birthday.