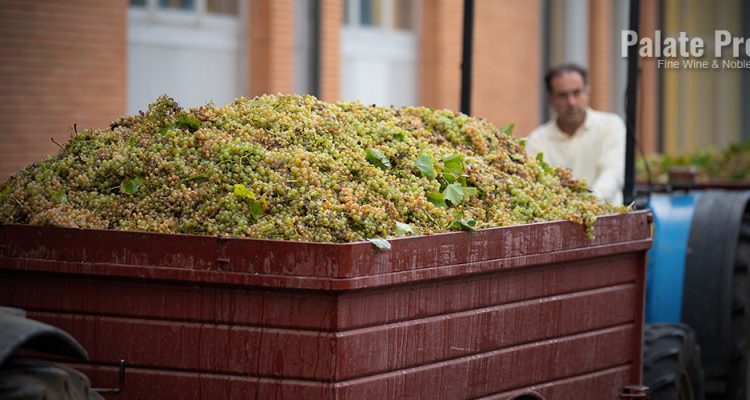 Surrounding the Italian capital city of Rome is a wine province we don’t hear much about: Lazio. Which is surprising, when you think about it. Wines have been produced in Lazio for over 2,000 years. Farmers have persevered, growing grapes through all the different civilizations that have occupied these hills and valleys for thousands of years.

Until recently, Lazio was a province where the wines were mainly appreciated by local consumers – or bargain-hunters in other regions of Italy. But things are changing. It’s safe to say that currently, Lazio wines are a combination of ancient land and modern technology, running the gamut from huge industrial production to small artisanal wineries. Many improvements have been made in the vineyards, larger wineries are creating new, upscale lines of wine, and smaller wineries are forging ahead, crafting interesting wines with indigenous grapes and blends. The wine media is starting to take notice, so you’ll definitely be hearing more about Lazio in the near future. Here is one example of a rags-to-riches-to-quality story.

In 1945, the economy of Italy was just re-starting after years of suffering during World War II. Many traditional, small farmers in Lazio realized they needed a new, immediate way to provide more income for their families. So in July of that year, forty-one grape growers got together to plan their future. They established the Gotto d’Oro cooperative association so they could vinify their grapes together, then promote and sell the wines throughout their community.

During the 20th century, wine cooperatives were common in European wine-producing countries. Some were more successful than others. Toward the end of the century, some cooperatives suffered, as the overall demand for wine declined in Europe, and the world-wide demand for improved quality increased.

The Gotto d’Oro cooperative is a success story for their hard-working cooperating farmers. With incremental changes over the past decades, now their co-op boasts 200 members and produces 800 million bottles of wine per year. Why haven’t we heard of this cooperative outside of Italy? Because Gotto d’Oro is one of the top supermarket brands in Italy.

But these ambitious grape-growers knew they could go further. Especially when Italy created new regional DOC [Designation of Origin] areas, such as “Roma DOC Rosso” in 2011. After some discussion, in 2014 the Gotto d’Oro cooperative members decided to ask their new winemaking consultant, Paolo Peira, to create another, more upscale wine brand. They named this line of wines Vinea Domini. The grapes for these wines come from their best vineyards. Nearby, a lake and a river cool the vineyards in the hot summer, while providing plenty of water in the subsoil; the earth is also rich in potassium and organic matter. You’ll be hearing more from the Lazio region and the Gotto d’Oro cooperative in the near future, so stay tuned.

Here is a link to one of the wines I recently sampled.