The Third Annual Palate Press Grand Tasting: What Were the Best Wines?

On November 5, 2011, 120 or so wine professionals and wine lovers, as well as the wine curious, gathered in the home of Palate Press Publisher David Honig for the Third Annual Palate Press grand tasting. There were more than 230 different wines from around the world on eight different tables in seven different rooms. Most of the wines were blind–bagged, and tasters were invited to leave their reviews in baskets throughout the house. 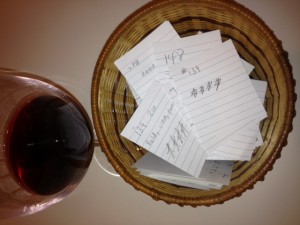 The Palate Press Grand Tasting began as a way to make a little cellar space. A dozen or so local wine professionals were invited over to taste through the samples Palate Press did not open during the year. Sixty different wines were tasted by about a dozen wine professionals, including sommeliers, wine retailers, and wine writers.

The Second Annual Palate Press Grand Tasting was a much larger affair. Almost a hundred one professionals and wine lovers tasted through 135 different blind-bagged wines. For the first time, tasters were invited to rate the wines on a five-star basis. The consensus winners that year, as chosen by wine professionals and wine lovers alike, were ¿Por Que No? by Tres Sabores, and wines from Dry Creek Vineyard, V. Sattui, and Olivier LeFlaive.

Interest in the tasting was high, among wine lovers and winemakers alike. More than three dozen different wineries sent wines for the tasting, including many winners of the Palate Press wine of the week competition, which were entered in the Palate Press Wine of the Year blind tasting. Wines were roughly divided by variety and taste type and set on tables accordingly. Different finger foods were catered, offering a match for the wines being tasted. The only ones who were not blind-bagged were a large lineup of 2010 barrel samples from the Louis Jadot Burgundy collection. They were very young and many were very fine. (Individual reviews will follow.)

The first table many people found, and one of the most popular, held more than a dozen Rieslings, as well as a couple of Moscatos. Five different Rieslings received at least four stars in the tasters’ average ratings, including the one of the most popular wines of the night, the 4.5 star 2009 Peter Nicolay Ürziger Goldwingert Riesling Spätlese. Many of the tasting notes were detailed, giving descriptors like “Meyer Lemon” and “pleasantly off-dry.” The Nicolay seemed to strike a more basic note in people, getting two different notes that said, simply, “Yum!”  Other Rieslings scoring a four-star average or more included Schloss Schonborn’s  2009 Kabinett from Hattenheimer Pfaffenberg Vineyard, 2010 Dr. Hermann Riesling, 2010 Red Newt Cellars Semi-Dry Riesling, and 2010 Damiani Wine Cellars Dry Riesling. 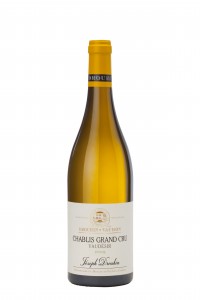 A second table of whites was filled with Chardonnays, including a broad selection of Chablis from Drouhin Vaudon, which was awarded the highest score of the night for a white wine, the five star 2009 Drouhin Vaudon Vaudésir Chablis Grand Cru. The overall impression of this wine, and a comment that was repeated several times in slightly different ways, was one of elegance. One taster described it as “elegant, very smooth, the best white of the night.” After all the points were averaged, it turned out the room agreed.

Two more Chardonnays, the 2008 offerings from Monte Bello and David Bruce, were true crowd pleasers, coming in with an average of 4.5 stars. Other high-scoring wines on the table included Drouhin Vaudon’s 2009 Chablis and 2009 Chablis 1er Cru Montmains, the Francis Coppola 2005 Director’s Cut, 2007 Kimmel, and 2009 Dancing Bull, all averaging four stars or more.

One wine that did suprisingly well, and which might never have fared so in a tasting that wasn’t blind, was the 2009 CalNaturale. For the bling tasting it was poured from its Tetra Pak into a bottle, then bagged and put on the table with the other wines. Not knowing this was a “bargain wine” in alternative packaging, the Grand Tasting guests were able to judge it for the wine in the glass. CalNaturale’s 2008 Cabernet Sauvignon, treated the same way, also scored a four-point average.

Two sauvignon blancs impressed the tasters. The 2008 Le Domaine Saget Pouilly-Fumé scored a clean four stars across the board, with every taster giving it exactly the same score, while the 2009 Dancing Bull averaged four stars. One other white scored well on the same table, the 2008 Tangent Albariño, lauded for its minerality, acidity, and balance.

Italian wines, Rhone blends and varieties (foreign and domestic), as well as zinfandels were in the basement, where people found three of the surprises of the night: 2010 Ruchés from Montalbera – L’Accento, La Tradizione, and Limpronto. Ruché is an unusual grape, not seen much in the U.S., and it was a real puzzler for people gathered around trying to guess what it was. Of the three, the crowd favorite was the la Tradizione, but the Limpronto got the best tasting notes (as well as one low score- not surprising for an unusual variety in a blind tasting by both amateur and professional tasters), describing it as “very smooth,” “velvety,” and “sweet on the nose.”

One more Italian is worth noting, the 2008 Pinocchio Nero D’Avola. It was another crowd-stumper, earning perfect five-star ratings and the lowest one-star rating. One person described it as “best on the table,” while another said it was “really poor.” At just $10 per bottle, it might be worth finding one to see which way you fall. Try it with pizza.

A Spanish wine that scored very well, but was dragged down below four stars by a single poor rating, was the 2006 Montecillo Tempranillo, described with words and phrases “full bodied,” “earthy,” “great aroma,” and “great fruit.” 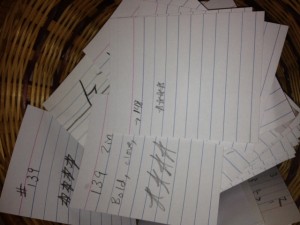 Wine Guerrilla sent five different 2009 Zinfandels to the Grand Tasting. Everybody’s favorite was Adel’s Vineyard from Dry Creek Valley, a big, rich, chocolatey jam-fest with a moderate (for Dry Creek Zin) 14.7% alcohol content. The top-scoring Zin of the night was a 2009 Estate from Clos LaChance, with an average of 4.5 stars. The bargain Zin of the night was a 2002 Alder Brook Old Vine discovered at the back of the cellar, averaging four stars and raising the question whether it might be worth hiding the occasional $10 Zin from yourself for a decade or so. The other four-point Zinfandel came from Ridge–their 2009 Zinfandel from York Creek.

The top Syrah/Shiraz of the night was a Shiraz-Grenache blend from Kilikanoon, their 2009 Killerman’s Run, with a four-star rating. The 2007 Wyndham Estate Founder’s Reserve Shiraz and the 2006 Domaine du Vieux Chéne Syrah both earned 3.5 stars from the crowd.

One of the best bargains of the night was found among the Grenaches, the 2009 Masia del Bielsa Garnacha Viñas Viejas, brought to the tasting by Jeff Lefevere. This $11 wine scored 3.5 stars, showing great earthy raspberry flavors with bright acidity, good tannin balance, and a mid-length finish that belied the price tag.

The crowd’s favorite Pinot Noir of the night was the 2009 Davis Bynum, earning a near-perfect 4.75 star average. Other high-scoring Pinots included V. Sattui’s 2009 Henry Ranch with four stars and the 2009 Von Holt with 3.5. The favorite Pinotages were the 2006 Golden Kaan and the 2009 Lions Drift, each with average scores over three stars.

There were two tables of Bordeaux varietals and blends, including many of the best wines of the night.

The top-scoring red wine of the night was Rodney’s Strong’s single vineyard 2007 Brothers Ridge, a five-star winner. A huge wine in a huge bottle, the Brothers Ridge showed deep dark fruits, blackcurrant, blackberry, vanilla, and big smooth tannins, but adding the cellar-life essential good acids that seem to be so out of vogue in today’s big Cali-Cabs. Just behind it at 4.5 stars, showing less raw power but more of the classic Stag’s Leap balance, was Shafer’s 2008 One Point Five. Refined, smooth, velvety, offering up a bouquet of violets to go with black fruits and hints of coffee.

Clos LaChance had its second high-scoring wine of the night among the Cabernet Sauvignons. Its 2008 scored 4.5 stars and got emptied quickly. Rodney Strong had its second four-star Cabernet with its 2009 bottling. As noted above, when the CalNaturale Cabernet was blind-tasted from a bottle, instead of poured from its Tetra Pak, it scored four stars, too.

One Cabernet Franc scored 4.5 stars, the 2009 Stepping Stone by Cornerstone Cellars.The 2007 from V. Sattui earned more than three stars, with a four-star nose and a three-star palate.

The best Carmenère on the table was the 3.5 star 2009 Carmen Gran Reserva. The best Malbecs were the four-star 2008 Gauchezco Oro, and the 3.5 star Falling Star.

There were several red blends on the table. The favorites both earned four stars. The first, Rodney Strong’s third high scorer of the night, was the 2007 Symmetry. This Sonoma Meritage combines a best of both worlds balance from Bordeaux with an New World oaken creaminess, without overwhelming vanilla. Think blueberries and blackberries, sprinkled with black pepper, poured into a pie crust and topped with a very small dollop of whipped cream. The second was the 2007 Ridge Geyserville. This Zinfandel-heavy kitchen sink, with Carignane, Petite Sirah, and Mourvedre, was hugely jammy, dark plum and cherries leading, with black and red licorice and beets appearing on the mid-palate. Other preferred red blends included the 2007 Chateau de Piote, a Bordeaux blend from Aquitaine, France, the 2007 Fleur Haut Gaussens (3 stars), and the 2009 Brokenwood Cricket Pitch (3 stars).

Several of 2011’s reader-voted Palate Press Wines of the Week were included in a blind-tasting Palate Press Wine of the Year competition. The scoring was done by wine professionals only, and the winner was the 2007 Cornerstone Cellars Howell Mountain Cabernet Sauvignon. An interview with the winemaker behind this Napa Valley gem will be published later this week.

The Third Annual Palate Press Grand Tasting was a big success. Wine lovers were able to find wines they liked without the assumptions that come with seeing the labels and the prices. We discovered some good bargains and some great wines.

Below is the full list of wines tasted at the most recent Grand Tasting, with the bag numbers. Not all wines received enough comments and ratings to get a final star-score. All wines were blind-bagged and guests were invited to make comments and to score wines with one to five stars. A review of the Louis Jadot barrel samples will come soon.