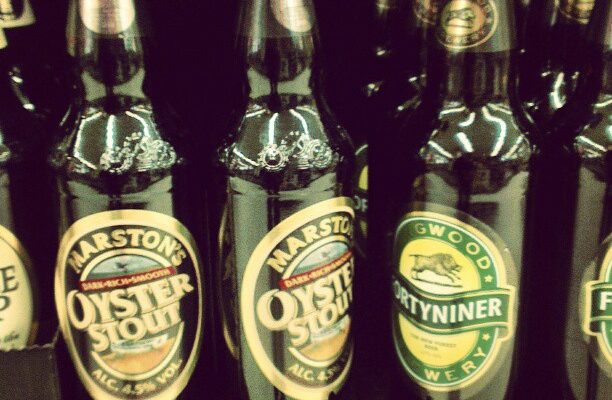 Continuing our list from yesterday, we have some rare and obscure beer styles notable for their unique preparation, be it barrel aging, unfiltered character, or oddball ingredients.

Adambier is probably the most obscure of the bunch, with only a handful of examples on sites like RateBeer or Untappd. It’s a very old style from Dortmund: a dark, sour, hoppy ale aged for a long time in oak barrels. Think of it as a cross between an old ale, altbier, wild beer, and a barleywine.  The tricky thing about beers of this nature (i.e., extinct styles) is that while historical references to the beers’ flavors and aromas and recipes exist, there are no extant commercial examples to taste, so brewers are kind of winging it.

Matt Potts, brewmaster at Destihl Brewery in Normal, IL, is no stranger to sour beer. His spontaneously fermented St. Dekkera line of beers have deservedly won acclaim, including medals at major beer competitions. Destihl’s Adambier complements an entire lineup of wild-fermented sour beers from gose to Flanders red to a black Berliner Weisse. It’s sort of like chocolate yogurt, with rich toasted aromas giving way to puckery tartness balanced by a full-bodied 9% ABV.

A different interpretation of adambier comes from Thurston Brewing in Sacramento, CA. This 11% ABV version reminds me of a barleywine that has a clean finish like a lager. Slight oxidative notes appear on the finish and there is little sour character. Thurston’s Adambier won a gold medal in the Historical Beer category at this year’s GABF.

Kellerbier (“cellar beer”) is a fresh, unfiltered, well-hopped, malty lager. Popular in the beer gardens of Germany, especially Franconia, kellerbier is hard to find because of its short shelf life. It’s best served cask-conditioned and not chilled, similar to how an English bitter might be served. A closely related style, zwickelbier, is more effervescent as carbon dioxide from fermentation is allowed to build up inside the cask. The unfiltered nature of these beers provides a yeasty flavor and aroma (and some healthy B vitamins). 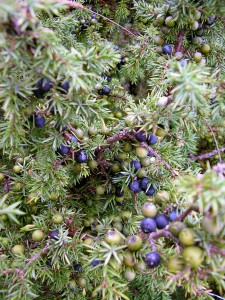 In the 1500s, Finnish peasants used juniper branches to lauter (filter) grain after steeping. This process imparted a resinous, evergreen character to the beer. In addition, the branches carried wild yeasts and bacteria, which would grow in the resulting wort, imparting a wild, tart character to the beer that they would call sahti.

Another ancient ingredient in beer was honey (An ancient Viking proverb states that you can’t spell “beer” without “bee”… Okay, I made that up, but it is technically true.). A braggot is a sort of beer-mead hybrid, where malt is added to the traditional meadmaking process. The resulting beer is a harmonious mixture that is fuller-bodied than a mead with more mellowed honey character. They’re sometimes sweet and often strong (>8% ABV).

And finally, we come to the trump card of weird beer ingredients: oysters.

Oysters and dry stouts do certainly pair well together, and it’s thought that the term “oyster stout” originally referred to normal stouts that would be good to wash down oysters with. At some point along the way, though, brewers began adding actual oyster shells and finally whole oysters to their brews.

Why ruin a perfectly good beer by adding mollusks? Oyster shells contain carbonate that may help to supplement minerals to the brewing water. Also, broken shells can act as a fining agent, helping to clarify the beer in lieu of filtering.

Many oyster stouts are dry Irish-style stouts with either shells, meat, or both added to the boil. The boiling process opens up the oysters, cooking the meat and allowing the liquor to spill out into the beer, adding a briny salinity. The dark, roasted character of the stout malt bill is necessary to prevent feeling like you’re drinking seawater.

If you’re grossed out right now, it gets worse. In 2012, Denver-based Wynkoop Brewery released an April Fool’s day video in which they claimed to have produced a “Rocky Mountain Oyster Stout.” (For those not familiar with the haute cuisine of the American West, “Rocky Mountain oysters” are, in fact, bull testicles.)  While the video was bollocks, the brewery soon received so many requests for the fake beer that they ended up actually producing it. The beer is richly flavored, with a strong roastiness. It is just a little salty, though.