In 2011, winemaker Paul Hobbs oversaw the release of his new Cahors collaboration as well as the expansion of one of his American labels, CrossBarn Wines by Paul Hobbs. His schedule is brutal, but the chance to work in Cahors, the traditional region for French Malbec was too exciting for him to pass up. The winemaker who has twice been named Robert Parker’s Wine Personality of the Year has projects working in 20 wineries worldwide, including Argentina, the U.S., France, and a new one in Armenia. Hobbs, who grew up in upstate New York, is now considered one of the world’s premiere winemakers, having worked for Robert Mondavi and Opus One before founding Paul Hobbs Winery. 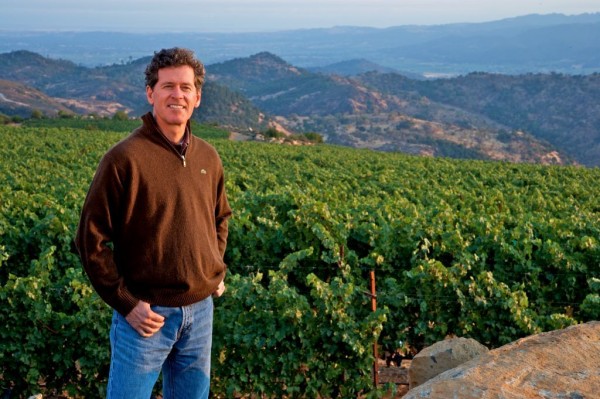 The 2009 Icône Wow from Cahors was the first wine produced by the partnership of Hobbs and Château de Mercuès, and it all came about as a result of a meeting between Bertrand-Gabriel Vigouroux, winemaker for Château de Mercuès in Cahors, and Paul Hobbs in Argentina.

Vigouroux traveled to Mendoza to learn more about Malbec, wanting to get firsthand exposure to Argentine winemaking. Hobbs had already had tremendous success with Malbec in Argentina, including Bramare and Felino from Vina Cobos. The men met, and Vigouroux asked Hobbs to come consult for Georges Vigouroux Estates. 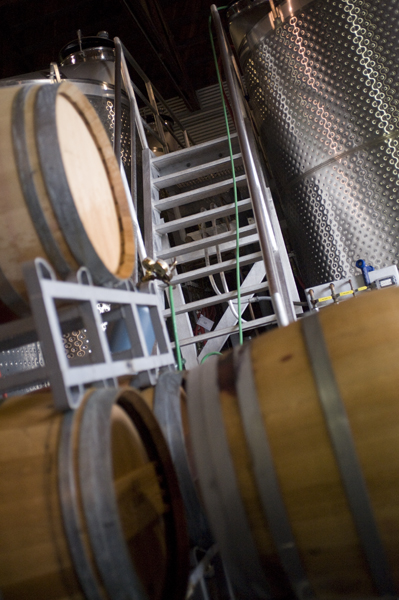 Hobbs said Cahors was the perfect and obvious location to apply his expertise with Malbec. He’s consulting on two estates for the family.

The collaboration is giving Hobbs and Vigouroux a chance to work with new methods and improve vineyards in a region already justly famous for its Malbec. Hobbs said he first visited in winter 2009, and was impressed with the isolated beauty of the estates and with the integrity the family demonstrated in the pursuit of their business.

At the same time, back home in the U.S., Hobbs and winemaker Jason Valenti took CrossBarn in a new direction. The winery released their second Pinot Noir in December, just as the winery was undergoing a comprehensive shift in brand identity. Originally a label for fruit that was not quite good enough for the Paul Hobbs signature line of wines, CrossBarn will now work with grapes sourced just for this line.

Valenti came to Paul Hobbs Winery as an intern in 2005, and moved to Kosta Browne for six months before returning as the winemaker for CrossBarn in 2008. Valenti said the release of the 2009 Anderson Valley Pinot Noir comes as the first move to expand the CrossBarn label, as it becomes an its own official line of wines.

“In the past, we’d make it some years, and some years we wouldn’t,” Valenti said. “In 2008, we made a decision to build a separate facility and hire new staff.”

That move came after the CrossBarn name was enjoying surprising success, having released the first CrossBarn Cabernet from the 2000 vintage in 2003. A Sonoma Coast Chardonnay and Russian River Valley Pinot Noir followed.

“We thought CrossBarn could be an affordable line for restaurants and for customers who wanted a Paul Hobbs wine on a Tuesday, not just special occasions,” said Tara Sharp, marketing director for CrossBarn. “The brand just exploded, though.”

Valenti said the new Crossbarn facility is built for growth, but the goal is to grow it slowly. “The difference between CrossBarn and Paul Hobbs wines is that the latter is built to fine tune what is already there. CrossBarn is built to grow.” 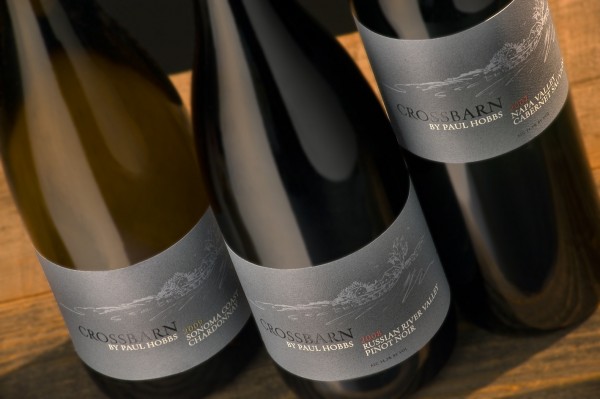 The idea is to allow Hobbs and Valenti to experiment with different terroirs in California. Hobbs will continue to work with the four principal vineyards: Beckstoffer Dr. Crane, Beckstoffer To Kalon, Hyde, and Stagecoach.

The Anderson Valley Pinot Noir, sourced from Mendocino, is the first project in this new move. Only 400 cases were made, which means yet another CrossBarn wine will sell out quickly.

Valenti said the brand has done very well, even at a time when other California wineries were facing the harsh realities of the economic recession. “Paul has great contacts in the industry, and that allows us to find outstanding sources,” he said. “Also, we’re working in a market segment people are looking for when money is tight: premium cabernet for $35.”

As for the future, Valenti said there are no plans to branch out of the three main varietals: Cabernet, Chardonnay, and Pinot Noir. That means no Malbec project from California in the near future. However, with the new Anderson Valley connections, a Chardonnay from the region is a possibility, as is a Sonoma project. “We talk off the cuff sometimes about Sonoma,” Valenti said. “But the vineyard sources have to be there.”

Greg Horton is a freelance writer and professor who lives in Oklahoma City. He writes about food, wine, politics, and religion.