Sherry consumption and sales have been on a decline for the last thirty years. Some might believe that the day of Sherry is over, or that it will never return to its previous heights. However, looking at 3,000 years of history in the Sherry region of Spain, known as Jerez locally, gives me faith to exactly the contrary.

Since the Phoenicians planted the first vineyards in Jerez, located in the southern province of Andalucia, the history of the region has been cyclical. With tenacity and perseverance, the inhabitants of this area have ensured that the vineyards and demand for Sherry have survived all types of tragedy. If the region could rebound from wars, plagues, floods, and devastation, then it can easily rebound from recent diminishing public consumption. 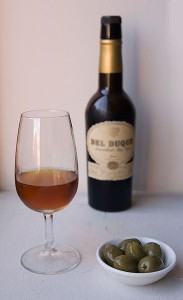 Strangely enough, two hundred years later, it was the Christians who ended up destroying many of the Moorish owned vineyards in and around Jerez. The Moors replanted and rebuilt so that when the Christians finally seized control of Spain again, they would find thriving vineyards—which they ironically worked to protect. In a turn of events though, war reared its ugly head again and a Moorish army ended up ravaging many of the Jerez vineyards.

The Christians then were the ones to reconstruct the vineyards, and matters proceeded well, until the start of the 15th century when plague and floods devastated the area. The region recovered later that century and Sherry became extremely popular in England. Yet the next few centuries would see ups and downs for Sherry, especially given wars between England and Spain. By the mid-18th century, the popularity of Sherry outside Spain had decreased so dramatically that only nine shippers existed.

Yet even from that low, the region rebounded again, with plenty of new shippers—especially foreigners—starting business. Though it was not long before another threat arrived: further warfare in the 19th century, this time with neighboring France. Battles were fought in the vineyards of Jerez, causing havoc and destruction, eventually leading to French occupancy of the region for a number of years. Rebounding yet again, Jerez fell once more due to a variety of tragedies ranging from a peasant rebellion to Phylloxera in the early 1900s. 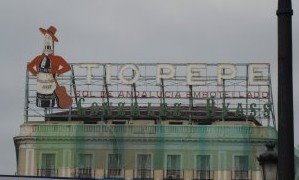 Within 20 years though the region began its next recovery and Sherry sales grew, reaching the highest point by 1980. With such a tumultuous past though, it seemed inevitable that another decline would occur. Sherry consumption has decreased to less than half what it was in 1980.

Now what will herald the rise of Sherry? One bright sign is a massive increase in Sherry imports into the U.S. during the first quarter of 2009. Imports were up 50% over a similar period in 2008. So matters are hopeful. Plus, the Sherry Council of America has begun an interesting new marketing campaign with the Secret Sherry Society. Their aim is to introduce people to the joys of sherry in a fun and exciting way. 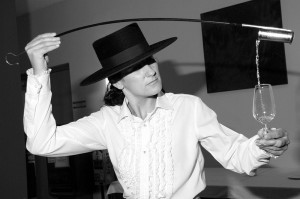 I doubt there is any other wine region that has undergone such a tumultuous history, yet still remained intact. There are many reasons why you should take the opportunity to taste some sherry. It can be quite an intriguing and delicious beverage, a wine of depth and complexity, ranging in styles from dry to sweet. When you drink a glass of Sherry you are tasting history, not least of which includes a grape variety with a 3,000-year history. You are tasting a survivor, a persistent wine which is due a significant return. Will you be at the beginning of its renaissance, or will you wait until it is again widely popular? My recommendation—you start drinking Sherry now.

My research of the Sherry region has fascinated me. I am publishing a detailed history of Sherry, including all of its nadirs and zeniths. You can read this in a five-part series that spans over 3,000 years on my blog The Passionate Foodie. 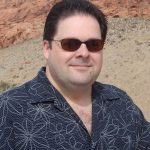 Richard Auffrey has been writing about food and wine for over four years.  He currently authors The Passionate Foodie blog and also writes a weekly food/wine column for the Stoneham Sun newspaper.  Though based in Massachusetts, Richard writes about everywhere that he travels and has a special affinity for Nihonshu, Japanese Sake, and recently became a Certified Sake Professional.