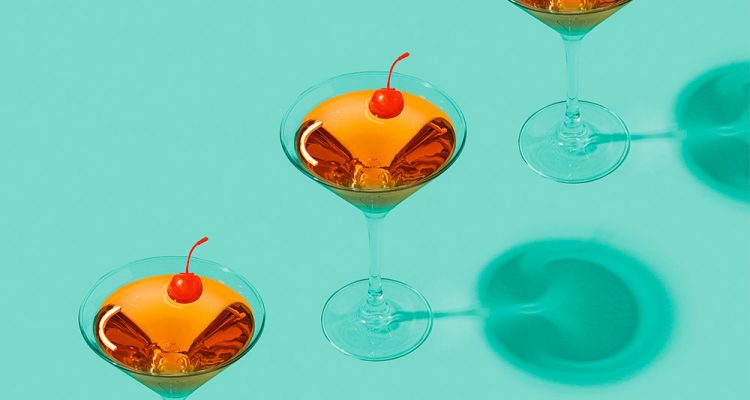 WHAT IS DRY JANUARY – And Why Doesn’t It Work?

Dry January is a convenient concept. It allows us to assuage the guilt we have about over-indulging during the Holidays – and during the rest of the year, for that matter.

Every January, many people suddenly attempt to drink no alcohol at all for a whole month. For a variety of reasons.

“Attempt” is the operative word here.

Physically, an alcohol-free month is not some type of a magical re-set for the body.  Professionals ranging from a gastro-enterologist to a fitness instructor can tell you that.  (They also say going cold turkey may not even be good for you.)

Every January, we hear about how New Year’s resolutions never really stick. In fact, one study calls January 19th “quitters’ day.” It also tells us what does work: spending the month creating new habits. Like drinking smarter.

We’ve all heard about this, but how do you actually go about imbibing less? And what does that involve? It’s a choice. And you have to make it in advance. Like now, when you’re thinking about all your options. You could decide on drinking less often, ordering fewer drinks, choosing lower alcohol wine and cocktails. Or even, drinking slower. Recently I met the inventor of SoBar, Dr. Joseph Fisher www.getsobars.com.  Dr. Fisher explains that eating this low-calorie, high-protein bar before drinking allows some of the alcohol to break down before it enters your system. And it can “…contribute to [mitigating] how much (and fast) you drink, because you feel full.”

Mixologist and consultant Chris Tunstall agrees. He also sees a trend toward reducing the amount of spirits in cocktails, using half conventional alcohol and half non-alcohol or other fresh ingredients. To improve health and maintain flavor, he suggests adding vinegar-based fruit shrubs, and instead of sugar using agave nectar, perhaps combined with a fresh fruit reduction like monk fruit syrup.

Historically, for cocktail lovers, there’s also a noble tradition of lower-alcohol drinks to tap into. Many classic recipes were originally made with fortified wines, which have one-half to one-third the amount of alcohol as spirits. Fortified wines include dry or sweet Port, Vermouth and Sherry, which have become much more popular lately.

For cocktails, there are plenty of flavorful mixers. Looking at freshness and authenticity, Fever-Tree is one of the most well known. According to Fever-Tree co-founder Tim Warrillow, his company sources locally-grown herbs and spices from the far corners of the globe, such as wild kola nuts from the Caribbean, extra-large Tahitian limes, vanilla farmed in Madagascar, and Jamaican pimento berries. Fever Tree tonic water and other mixers are created so that adding ice emphasizes the spices first in the aromas and then in the flavors, Warrillow says, adding that Fever-Tree “does not make a cocktail sweeter.”

Vinho verde from Portugal comes to mind, in the category of naturally low alcohol wines, bright, lively, – and reasonably-priced too; mainly white, but there are some red vinho verde wines too. Other countries have their own traditionally 20-30% lower alcohol wines from different regions which are much easier to learn about online now.

Of course, for a mouth-tingling rush, all you have to do is open a sparkling wine. Because of their style, these wines are naturally lower in alcohol; think Prosecco, Moscato d’Asti, Brachetto d’Acqui, Lambrusco, Franciacorta, Cava, Corpinnat, and of course Champagne and the Cremant wines from other regions of France.

So, instead of (likely failing at) a completely Dry January, consider creating your own version. Half-Dry January? Or “off-dry” January as we say in the wine world; off-dry actually means “a little sweet.” Doesn’t that sound a whole lot better?