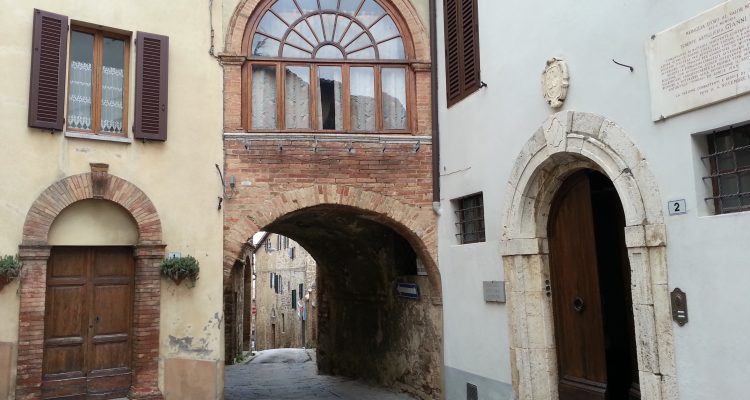 Scandals and Tastings: Catching up with Brunello di Montalcino

When you put a lot of great vineyards making expensive wines in a tiny hilltop region, some conflict will inevitably result — especially when the wine is a long-aged red wine that has been chronicled for over 450 years.  These well-known and well-documented wines are called Brunello di Montalcino. Montalcino the name of a hilltop town in Tuscany – and Tuscany is derived from the word “Etruscan.” And even if they didn’t leave written records, the Etruscans were also making wine here at least 2,000 years ago. 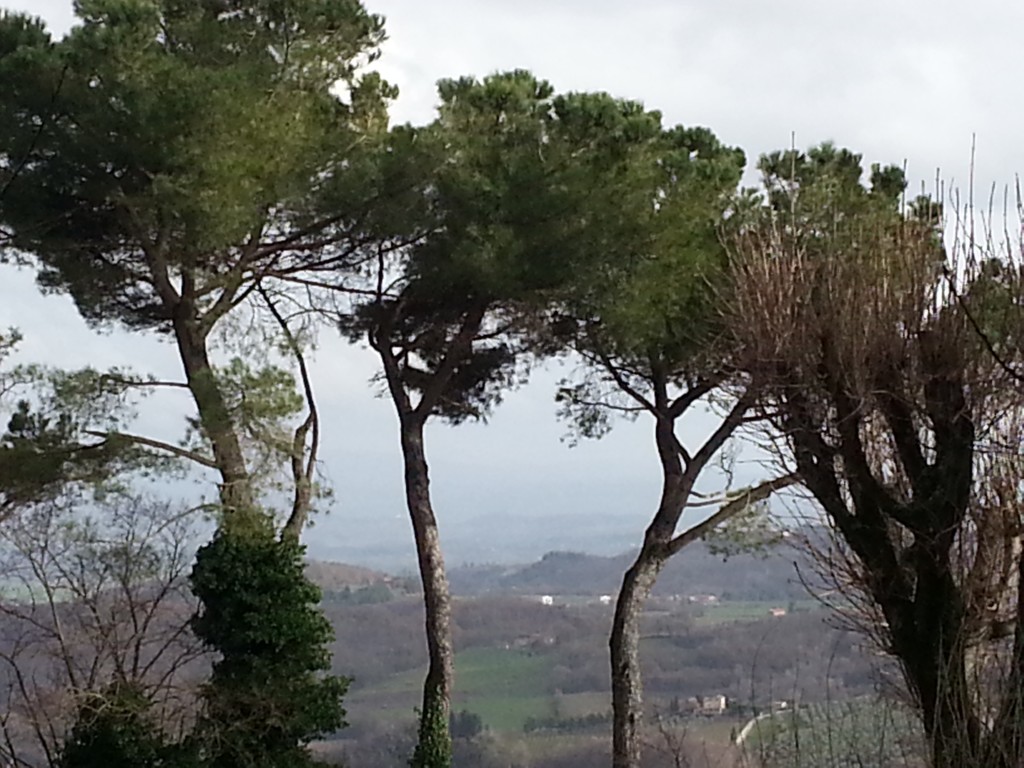 Brunello wines have been well-known to the elite throughout their history. Even back in the 19th and 20th centuries these were wines could be aged for many decades, and they were prized by counts and kings. Brunello’s respect was not limited to Italian connoisseurs; the wines from this small district of Montalcino had become well known throughout the wine world.

But today it’s wonderfully complex wine with layers of bright cherry, dark cherry, earth, and leather, capable of aging for decades.  In its first youth, a new Brunello of Montalcino wine has an incredibly attractive hint of violets in the aroma. Once you’ve experienced it it’s impossible to forget.

In the Montalcino region itself, first of all there’s the fact of the actual hilltop.  It took some time for the territory and hillside boundaries of “Brunello di Montalcino” to be defined. The next hurdle was the production of the wines.  Of necessity, this was standardized in the mid-20th century when Brunello became a candidate for the select DOC (Denominazione di origine controllata) status.  This occurred as the DOC category was first being developed.  In fact, Brunello di Montalcino wines were part of the first handful of Italian DOC wines when this status was ultimately created in 1966 when the vineyards and vinification standards were codified.

A few years later, a further prize appeared on the horizon: another new category, DOCG (Denominazione di Origine Controllata e Garantita) – and Brunello di Montalcino was also amongst the first DOCG wines in Italy when this category was created in 1980.

So Brunello is at the top of the top of the heap.  Inevitably, with so little real estate to stand on, some conflict arose among the producers of these expensively made, long-aged red wines. At the time, there were several dozen, perhaps as many as 50 Brunello di Montalcino winemakers, who banded together in 1967 to form a consortium (consorzio) of all growers to regulate and promote their wines. There, everyone “knew” that the Biondi-Santi family had created and helped establish the high standards for the great 20th century style of Brunello, both in the vineyards and in the wineries.  But suddenly, certain wine producers seemed to develop selective memories about the Biondi-Santis’ contributions.  Were the Biondi-Santi family’s feelings hurt?  Or were they doing just fine on their own?  In any case, the Biondi-Santis withdrew from the all-important consortium of all Brunello producers for a time. Articles were written, even books, and it is assumed that much politicking went on behind the scenes.

Ultimately they returned to the Brunello producers’ consortium. But then a few other (perhaps self-important?) wine producers seceded from it. Maybe this is just the way things are in destined to be in Montalcino,  Though at any time, nearly all the producers are members of the consorzio, sometimes it happens that there is less than 100% participation.

A few years ago a new conflict developed.  This one was about the most basic element of the wine: the grape.

Brunello di Montalcino has traditionally been the only one of the three great Tuscan wines that must be made with 100% sangiovese grapes.  (Whether this sangiovese grape known as “brunello” has been proven to be exactly the same as the sangiovese in the Vino Nobile di Montepulciano region or the Chianti Classico region is its own debate, one which we will leave to ampelographers and historians.)

Back in Montalcino the sangiovese grape makes a beautiful dark red-purple wine with elegance and finesse.  The bottom line is, what is this great wine like?

Perhaps it’s the color of the wine that has confused modern winedrinkers, as we tend to equate color with body nowadays.  We look at an inky-purple zinfandel or a vibrant dark crimson cabernet sauvignon and we expect big: big aromas, big flavors – and big, hearty foods to go with it.

But that’s not exactly how things work here in Montalcino.  Remember the hilltop vineyards? Well not a lot of food grows on steep hills, and not a lot of animals hang around on these open slopes either.  So if you recall that foods match the wines in their home regions, you’ll see where I’m going with this  Simply, the people who lived here did not have a lot of resources when it came to their meals.  They didn’t have herds of pasture animals or game in the forests, and they didn’t have a lot of flat land to grow crops.  So the native dishes of Montalcino are, of necessity, on the lighter side.  Even the classic “hearty” winter soup is ribollita, a dish based on day-old bread flavored with beans, onions and herbs.  The other well-known dish is something we in the U.S. call cinghiale which means boar. Contrary to the hearty beef stew with pasta that we see in modern restaurants, the original dish would have been a rare winter treat because it wasn’t that easy to find and kill a wild boar; in fact, the original dish is pasta lightly tossed with sauce lightly strewn with stewed boar meat.

Getting back to the native wine that paired with these foods, Brunello would thus not have been a hugely-flavored, purple-colored drink.  However, due to consumer confusion, there are some people who think this is what Brunello di Montalcino is – or what it should be. (You’ll find similar confusion in Burgundy, with their delicate red wines.)

So there is a faction of Brunello producers that believes they should be adding “international” grapes like cabernet sauvignon or merlot to Brunello to make it more fruity and colorful. Why? To please the consumer? To sell more wine? To “modernize” Brunello?  To keep up with the market?  Or all of the above?

Whatever the reasons, a certain number of producers began to create these blends a decade or more ago.  They used grapes grown on their properties. Some of the producers declared their blends but others didn’t. This all came out when there was a big movement against the requirement that Brunello di Montalcino be made only with 100% sangiovese grapes.  The anti-100% (or pro-blending) faction was so strong that it nearly won.  Nearly.  But after many acrimonious meetings it finally lost and in October 2008, the Consorzio voted to maintain the 100% sangiovese requirement.

Then came a new aspect of the scandal: had some of the producers been counting on blends being allowed, and had thus produced a “Brunello” that was already a blend?  A good bottle of Brunello di Montalcino fetches an average of $60 or $70 and must be aged for at least four years before it can be released on the market. If you were a producer of these prized and pricey wines, what would you have done?  The press was all over this: send all the wines to laboratories for analysis. Since then, though, the controversy  known as Brunellogate seems to have died down, with only a few minor implications.

This year, there’s a new controversy: the land.  One faction wants to petition to divide the Brunello di Montalcino region into sub-zones.  There are various arguments for this, ranging from making it easier for tourists to find their way around to claims that grapes grown in each sub-zone make wines that are very different from each other. Those against the subzones claim that producers now make their best wines from blends of different sections of the Brunello area.  Inevitably, sub-zone divisions would lead to more single-vineyard type appellations, with some winners and some losers in the pricing of the wines. This is just the beginning, so stay tuned.

After all this if you want to know about the wines themselves, what to buy, what to drink or hold, here are the best of the current releases — the top classic 2009 Brunello di Montalcino wines I tasted this year: Banfi, Cantina di Montalcino, Caprili, Casiano Colombaio, Il Poggio (Bramante Cosomi by Rodolfo Cosini) Loacker-Corte Pavone, Pian dellle Vigne (Antinori), Tenuta di Sesti, Silvio Nardi.

Equally great wines, made in a more modern style include the 2009 Brunello di Montalcino wines by Il Poggione, Palazzo and Uccelleria.

If you’re looking for some Brunellos to age, try the 2009 vintages of Casanuova de Cerebaie “CdC,” Donatella Cinelli Colombini, Gianni Brunelli and Tiezza.