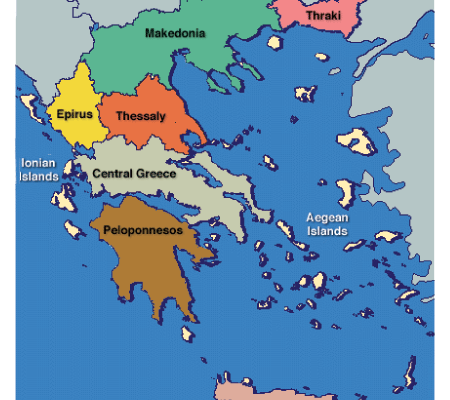 When John and I left The Wall Street Journal in 2009 after almost 12 years of writing our wine column, Tastings, we ended a marvelous run of working together: 32 years under the same roofs. During that time, we’d had a lot of lunches together in newspaper cafeterias or nearby, and like most married couples, dinner.

Our brief retirement was wonderful and strange. Intense coupledom. One cherished custom was our ritual observations of sunsets, icy martinis in hand, from the deck of our country cabin. Then it ended. John succumbed to the siren song of another newsroom—solo. It was the right decision for him, another chance to engage in his life-long obsession—news, not wine –with a growing, not contracting, media company. And so it was not long ago that he and some new colleagues went to dinner at a marvelous Greek restaurant with an impressive selection of Greek wines.

Although I never skimp when eating alone, I have no recollection of what I had that night, no memory at all of the wine. When you have the habit of sharing, some experiences don’t register when your partner’s not there to absorb them and discuss them and reflect upon them with you.

However, this midtown restaurant so rocked John that I heard about it for days in the most mouthwatering detail. (Funny he doesn’t remember the wine they had either, only that his colleagues, without consulting him, ordered a second bottle, a true indication of a wise selection.)

Serendipitously, while I was waiting to go there with him, I got invited to a tasting of Greek wines, the 2013 Road Show of Athenee Importers & Distributors, which hit Boston, Chicago, and New Orleans before landing in Manhattan. Headquartered in Hempstead, N.Y., the family-owned company says it was the first and is the largest distributor and importer of fine Greek and Cypriot wines, spirits, and beers in the U.S.

Unlike some tastings where some wineries are looking for distributors, these small wineries, of course, already had representation. They, like winemakers everywhere but especially those in financially troubled regions, were looking for more buyers. Their wines on the whole were well priced, generally between $15 and $25.

About Greece. There are about 300 grape varieties in this mountainous country (and there are variations in the spelling of grape and place names), but in the U.S. we’ll generally see fewer than 30. Still, that number may grow as recently resuscitated nearly extinct varietals enter the marketplace.

Central Greece/Attica, is a region surrounding Athens where a quarter of all of Greece’s vines are grown. Here, you’ll find indigenous varieties and “noble” types like chardonnay and cabernet sauvignon.

Peloponnese peninsula, in the southern end of the mainland, is Greece’s second largest producer of wine. Nemea, in northeastern Peloponnese, is Greece’s largest and most important red wine appellation. The only grape permitted in Nemea is agiorgitiko, the country’s second most-planted grape. It makes dark, fruity, low-acidity reds and delightful rosé. Other appellations here include Mantinia, known for whites.

The Islands: Santorini, a very famous island (site of the steamy 1982 movie “Summer Lovers”) in the South Agean Sea, is one of the cruelest places on the planet for grape growing, with virtually zip rainfall, blasting hot winds and extremely poor volcanic soil that nonetheless give the grapes distinctive qualities. Assyrtiko, highly acidic, is the brave grape that does well here, making lively dry whites and from sun-dried Assyrtiko, sweet Vinsanto. Cephalonia, Crete and Rhodes are more grape-friendly islands. The Union of Winemaking Cooperatives of Samos, the sole winemaking entity on the island of Samos, produces mostly dessert wines from white muscat.

In 1981, Greece became the tenth country to join the European Union, adopting its viticultural policies especially regarding appellations and classifications. EU membership brought capital, which permitted much-needed modernization, resulting in higher quality and more consistent wines. An increasing number are organic and biodynamic.

Greek wine imports were up 3.4% in 2012,  following a 5.6% increase in 2011, according to a spokeswoman for Athenee, adding that that follows a 10% increase in 2009. Clearly, Americans are looking for new tastes and are willing to stretch.

I focused on the whites. First up, a 2012 white called Boarding Pass ($17) from Thymiopoulos Vineyards, grape growers in Naoussa for many generations but only recently winemakers. Winemaker and eldest son Apostolos Thymiopoulos told me that this wine was the passenger’s “ticket to travel the world.” I thought it was quite pleasant with hints of honeydew, wonderful aromatics and a nice minerality that suggested its origin.

I didn’t much like the whites at the next several tables, but I was eager to try Domaine Spiropoulos Ode Panos NV Brut from Mantinia ($21). Apostolos Spiropoulos, an owner and the UC-Davis trained winemaker, told me that it was the country’s first sparkler made from the moschofilero grape, in this case organically-grown moschofilero grapes. With fine bubbles, light citrus and apple notes and lovely acidity, all I needed was a platter of grilled octopus and sardines. His 2011 Mantinia, a still white made from the same organically grown moschofilero grapes, had lovely fruit with an attractive chalkiness and fullness like some Alsace whites ($17).

People were three deep in front of the table for GAI’A wines, where Yiannis Paraskevopoulos, Bordeaux-educated co-founder of the winery, one of Greece’s most famous, was holding court. GAI’A has vineyards on Santorini and in Upper Nemea.

On his table was my favorite of the entire tasting, Assyrtiko by GAI’A Wild Ferment 2012, which gets its name from the fermentation of the wild yeasts on the grapes. This natural happenstance adds a degree of variety, excitement and experimentation vintage after vintage as the wild yeasts in the end determine the wine’s nature. Scary. It blew me away with its rich complexity, hints of honey, toast, and citrus and judicious use of oak, which gave it a heavenly nose. “It’s like Chablis on steroids,” Paraskevopoulos cheerfully told me in a succinct and apt description. This is what a deep pocket, state-of-the-art winery enterprise can give you. If you see it—it retails from $30 to $35 and is available mostly in restaurants —grab it.

GAI’A’s 2012 Thalassitis, from Assyrtiko in Santorini, was nicely earthy with what I thought was a becoming funkiness that reminded me of sémillon, $25. Paraskevopoulos received some press last year for submerging a ton of the 2011 into the Agean to see how it would age in that watery environment. Athenee says to look for it in 2015

It wouldn’t be a Greek wine tasting with Retsina, and from GAI’A, it’s a wonderful surprise. Its Ritinitis Nobilis Retsina NV ($15) is made from the roditis grape with a bag of ground resin dropped into it like “an infusion at the start of fermentation and left for around 10 days,” Paraskevopoulos said. I found it surprisingly subtle, refined and light. A Retsina you could serve friends with a straight face.

Aspro Classic 2012 from Gentilini Winery in Cephalonia ($17), where the grapes are organically grown, is made from tsaoussi (unique to Cephalonia), muscat of Cephalonia (each 40%) and 20% sauvignon blanc. Easy drinking with the sauvignon blanc dominating. Gentilini Robola 2012 ($19), from the robola grape, had hints of citrus and serious flintiness. Oysters!

From Santorini, Argyros Estate Assyrtiko 2011($20) with a nutty cheese was sublime. The same grape in a wine called Argyros Estate ($30), had a perky ripe tartness and some complexity, partly due to a portion of it being in oak. The best rosé was Argyros Atlantis Rose 2010 ($16), from assyrtiko and 20% mandelaria, a bright red, crisp and refreshing stunner with hints of strawberries and raspberries.

I then doubled back to try some reds and, unfortunately, didn’t find any that knocked my socks off so I headed to the Vinsantos crafted by the cooperatives of Samos. There the Samos Vin Doux 2010 ($15, $10 for a split) impressed me. It was earthy, with a nose of roasted peaches, and was nicely sweet without being cloying.

A Boarding Pass with John

A week later, John called from the living room, for a bottle that he’d put in the refrigerator when we arrived at our cabin for the weekend. I thought I’d faint. Although we hadn’t discussed it, he’d purchased the Boarding Pass, which he pronounced a perfect aperitivo.

Two weeks later, we had dinner at a charming Lower East Side Greek restaurant with our daughter Media. Zoe couldn’t make it as her band, Total Slacker—the name warms a mother’s heart—was being interviewed in Brooklyn. The three of us perused the wine list and not finding much that we’d never had, took the waiter’s suggestion, Moraitis Winery Paros Reserve 2006, a blend of the red grape, mandelaria, and the aromatic white, monemvasia. At first it seemed a little too Western, like a mid-level California merlot, but it grew on me.

I selected the next wine, the 2010 Domaine Porto Carras Limnio, made entirely from the ancient Limnio grape, said to have produced Aristotle’s favorite wine. We should have had the Limnio first as it was light and soft with an underpining of earth and minerals. It wasn’t until I reviewed notes from the Athenee tasting that I realized that I’d tried it there ($17) and given it the same assessment. It was too shy to stand out among competition. Sharing with family will help it stick.

So here’s my advice: Go out and pick up a Greek wine. There are more than ever and they’re better than ever. Make it memorable by sharing it.