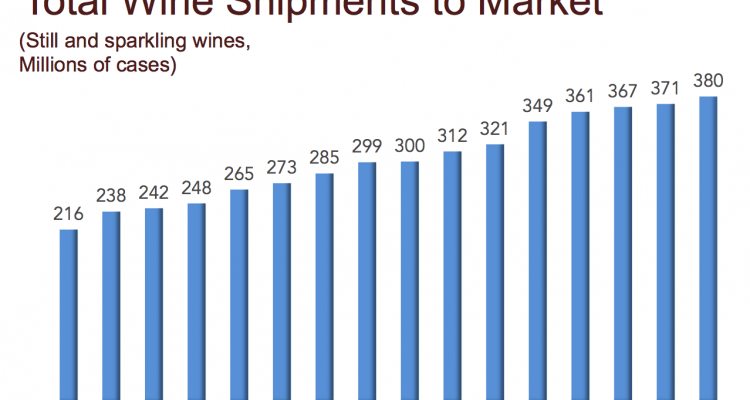 Don’t think that presidential politics is the only game of “who do you love?” now being played out.

Just as pollsters have been surveying voter preferences in places as diverse as Iowa, New Hampshire and South Carolina, researchers hired by the Wine Market Council (WMC) have been surveying adult Americans about whether they drink wine, how much wine they drink if they do and what kind of wine will they purchase when they go into a wine store or restaurant.

The WMC, a wine industry trade organization, has reported its findings for 2015, and the headlines are:

Starting first with the big picture, we drank 380 million cases of wine last year, compared to 216 million in 2000, a 75% increase over 16 years.  Average consumption per adult, including abstainers, was 3.84 gallons per year.  A surprising side note is that average consumption had dipped during the 1990’s from what it was in the 1980’s before recovering in the last decade. 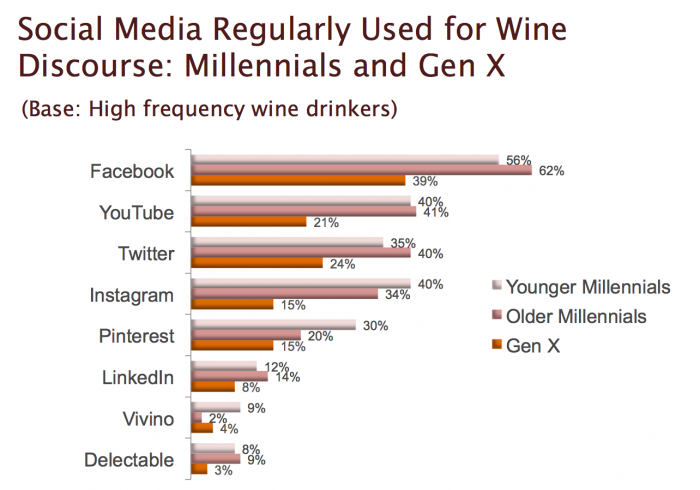 The WMC surveys also examine segments of the total society according to the amount of wine they drink.  If you’re reading this article, chances are you are among the 13% of Americans who are categorized as “high frequency” drinkers, that is, you have wine almost daily.  Another 24% are occasional drinkers who consume wine a few times each month, sort of like people who don’t eat carbs or red meat every day but still like them.  Another 26% drink rarely, as with those of us who only eat caviar or white truffles when someone else is buying, which isn’t that often.  The final 37% don’t drink at all and simply tolerate those of us who do.

This big cut trickles down to a smaller one – among people who drink wine, about a third of us do it as a routine and two-thirds do it when the mood or opportunity strikes them.

Next, we turn to generations.  The first thing to note is that not all generations are the same size because whoever it is that determines the names and longevity of generations doesn’t do it equally.  For example:

The findings are quite interesting when it comes to what percentage of high-frequency drinkers in each generation do so daily.  Gen X tops the list with 78% daily drinkers, followed by Boomers (72%), Millennials (68%) and over-70’s (66%).  If you drink wine as a matter of habit, you are likely to do so throughout your life unless health reasons intercede.  (Plus, anecdotally, many older people I know who once drank moderately now have a “WTF” attitude and now drink more regularly.) 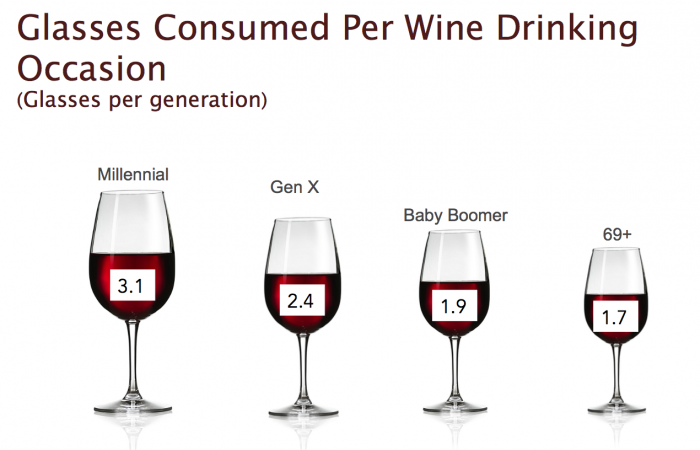 When it comes to gender, women win hands down.  Women represent 56% of all wine drinkers and 54% of high-frequency drinkers. This is not lost on marketers, and a separate WMC presentation prepared by Nielsen gets into women’s mind sets when they go shopping, what they think about buying organic and how they relate packaging to perceived quality.

To switch metaphors from politics to sports (assuming the two aren’t actually the same), I’ll be interested to see how the rookies perform this year when the first members of iGeneration turn 21 and become legal drinkers in all states.  They have a lot of catching up to do.