Yesterday, the European Union published a press release saying it had reached agreement on rules governing organic wine, meaning that instead of just saying “made with organic grapes,” wines made under these rules will now be able to bear the official appellation of “organic wine” on their labels. 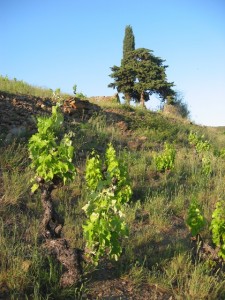 Starting with the 2012 vintage, wineries using organic grapes and a more restrictive set of winemaking practices, compared to conventional winemaking, will be allowed to use a European logo for organic products. These rules had been a long time coming. A first, highly-debated first round of talks had begun in 2007, before derailing in the summer of 2010, after a deadlock over certain aspects of the proposed rules, including the maximum levels of sulfites allowed in wines bearing the appellation “organic wine.”

The rules, which have been adopted by the EU’s Standing Committee on Organic Farming, and will be published in the Official Journal over the next few weeks, before becoming law, limit the number of additives allowed and restrict winemaking practices, forbidding some of the most highly interventionist techniques. As the regulations indicate: “This applies to the concentration by cooling, the dealcoholisation, the elimination of sulphur dioxide by physical process, electro-dialyses and the use of cation exchangers as those oenological practices do significantly modify the composition of the product to the point that they may be misleading as to the true nature of organic wine.” Other practices like heat treatments (heating the fermenting wine to 70°C/160°F), reverse osmosis and “the use of ion exchange resins” will also be reexamined before August 2015, with the objective of phasing them out or restricting them further.

While these rules are significantly more restrictive than conventional winemaking rules, they are a far cry from those advocated by current organic certification bodies and from makers of natural wines like the ones in the French Association des vins naturels. In terms of sulfites, Demeter certification limits sulfite levels to 70 and 90 milligrams per liter respectively for reds and whites, and the AVN restricts it to 30 and 40 milligrams per liter, and encourages making wines without any added sulfur. (See a comparative chart here.)

Also, the use of cultivated yeasts is allowed by the new EU regulations, whereas proponents of natural wines insist on using only 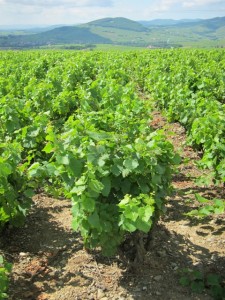 natural or indigenous yeast fermentations. Practices like reverse osmosis, heat treatments and hard filtrations are also shunned by most artisan wine producers. Asked about the new rules, Spanish wine expert and winemaker Victor de La Serna commented that, notably in terms of sulfur use, “I think it’s really way above what any quality artisanal producer is making now—not even including ‘natural’ wines.”

Another point, for European wine producers, is that the organic rules in Europe remain significantly different from US rules on organic wine, which notably forbid any use of added sulfur, an approach deemed excessive by many. How that will affect the labeling of European organic wine in the US market remains to be seen.