In a case that will have enormous ramifications across the internet, particularly for authors and publishers of all kinds, Judge Denny Chin, sitting in the United States District Court in New York City, rejected a class action settlement between Google class representatives for authors and publishers. Judge Chin defined the issue, and summarized his ruling with two simple sentences: “[T]he question presented is whether the Amended Settlement Agreement (the “ASA”) is fair, adequate, and reasonable. I conclude that it is not.”

The case flows from Google’s creation of the world’s largest digital library. Google, without prior permission from copyright holders, scanned more than 12 million books, and now hopes to sell them on line. Originally, it was doing the scanning in agreement with major research libraries, and delivering searchable “snippets,” small quotes from the books intended to facilitate research. The class action suit, on behalf of authors and publishers, was brought in response to the creation and publication of “snippets” without prior permission.

The ASA went far beyond the scanning of books and publication of searchable snippets. It permitted Google to scan and sell entire books. Further, it granted Google the right to do so unless authors and publishers explicitly opted out, rather than asking them to opt in.

Under the ASA, Google would have been authorized to

Objections were filed from around the globe, from international authors, from Google’s competitors (particularly Amazon and Microsoft), and from individual authors and family members. The objections, in summary, were:

The Court considered all the objections, ultimately rejecting the ASA.

The standard for consideration of a class action settlement agreement is whether it is “fair, adequate, and reasonable, and not a product of collusion.”

The Court’s primary concern was the breadth of the ASA. It went far beyond the case before the Court, from snippets to the wholesale publication of copyrighted works without prior permission. Further, it did so based upon Google’s unauthorized act, scanning copyrighted books without prior permission. As the Court stated, “Google engaged in wholesale, blatant copying, without first obtaining copyright permissions.” The ASA would reward the behavior and institutionalizes it as Google’s business model.

The ASA also reversed the requirements of copyright law, forcing rightsholders to opt out, rather than allowing them to opt in. The applicable statute, 17 U.S.C. sec 106(1), (3) states “the owner of copyright under this title has the exclusive right to do and to authorize” the use of the copyrighted material.  However, under the ASA copyright owners would lose their rights if they sat back and did nothing. Such an agreement is particularly egregious in the copyright arena, for Congress’ copyright authority is not merely statutory. It is Constitutional. Further, it is the only constitutional clause granting power to Congress and explicitly giving it the means to accomplish its purpose. Article I, Section 8, Clause 8 of the United States Constitution empowers the Congress:

To promote the Progress of Science and useful Arts, by securing for limited Times to Authors and Inventors the exclusive Right to their respective Writings and Discoveries.

Such explicit Constitutional authority cannot be blithely superseded by a class action settlement agreement, particularly one that reverses the duties and rights of copyright holders and those intent upon profiting from their works.

The Court also expressed antitrust concerns, particularly as to unclaimed works, flowing directly from Google’s engaging in copying books without copyright permission. The ASA would also increase Google’s position in the search market, as it would bar others from using “snippets” without Google’s permission.

The Court concluded the ASA was not fair, but did so “without prejudice.” That means the parties can return to the bargaining table and come back with a modified settlement agreement. Judge Chin also gave the parties a significant clue what sort of settlement agreement he would find acceptable, saying, “many of the concerns raised in the objections would be ameliorated if the ASA were converted from an ‘opt-out’ settlement to an ‘opt-in’ settlment.” In other words, rather than granting Google the rights and requiring copyright holders to opt out, it could permit Google to proceed only with the prior permission of the copyright holders.

It will be interesting to see whether Google is interested in such a settlement agreement. The business model appears to be based upon copying millions of books without permission, creating such an enormous database that it creates a fait accompli. One reason Google was so successful in copying so many works, where others were not, is that the others had to spend significant time and money tracking down copyright holders and getting permission to use their works. 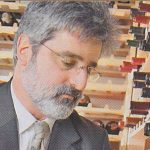