Standing out of the crowd through crowdfunding: a new world for wine writers

In the old days, Alice Feiring knew exactly what she needed to do to launch her natural wine newsletter – find a publisher willing to give her an advance. But the old days are gone, and publishers are worrying about other things, like staying in business.

So Feiring, perhaps the most respected natural wine writer in the country, took the 21st century route – funding her newsletter with Kickstarter, the Internet-based crowdfunding site.

“I was overwhelmed by the response,” says Feiring, who raised almost three times as much money as she asked for, nearly $17,000.  “And I had no idea who most of them were and I had no idea about the reach of my writing. It was validation of what I was doing.”

In this, Feiring is one of a growing number of wine writers who have funded projects through Kickstarter and similar sites like Indiegogo. Lisa Talarico, who works for a distributor in Portland, raised $2,000 – $500 more than her goal – for series of online wine guides called “Know More, Pour More” targeted at restaurant staff and wine enthusiasts. And I raised $8,000 for the my book, The Wine Curmudgeon’s Guide to Cheap Wine, due out this summer.

Crowdfunding is relatively new – Kickstarter, the best known of the platforms, is only four years old. But the concept has drawn tremendous attention for its ability to give people with ideas, be they writers, filmmakers, musicians, or entrepreneurs, access to capital through the Internet. There are no bankers, stuffed suits or collateral; instead, projects are funded by raising small amounts of money from a large number of people, who pledge not because they get a piece of the deal but because they think it’s a good idea. Feiring had 214 backer for her newsletter, The Feiring Line, while 45 people supported Talarico and I raised money from 113 people.

“The most difficult thing about using Kickstarter for me was the confidence,” says Talarico. “Would people support me? So people with a good idea need to know to just do it and not let that get in the way.”

Think of crowdfunding as the post-modern version of the PBS pledge drive – pledge a certain amount and get a gift, with projects offering different premiums at different price levels. Plus, the premiums are cumulative, so someone who pledges at a higher level gets everything offered at the lower levels. Feiring had six levels, ranging from $10 to $1,000. Those who pledged $60 got a newsletter subscription; those who offered $250 received cellphone sommelier service plus the newsletter subscription and a gift subscription to the newsletter. In this, fulfillment becomes a crucial part of the process, and Kickstarter warns participants of that ahead of time: “This is where the real work begins!”

Otherwise, the process is straightforward, say those who have done it. Talarico, who says she isn’t all that computer savvy, found it lengthy but not especially difficult:

• Kickstarter is all or nothing. If you don’t raise the entire amount, you don’t get any of it (though Indiegogo does let participants keep partial amounts). Only about 40 percent of Kickstarter projects reach their goal.

• You own the project. All the crowdfunding sites do is help you raise the money, for which they take their cut. Once you’re funded, you can sell books or subscriptions without an obligation to the site or your backers.

• The site guides you through creating the project – defining and explaining it, setting up premiums, adding pictures and video, and deciding how long fund-raising will last. The video, which Kickstarter says is a key part in reaching your goal, is perhaps the most aggravating thing to do, said everyone I talked to. I shot mine twice, with many fits and starts for each shoot, and enlisted a photographer friend to shoot the second since the first looked and sounded like I was recording in a closet.

• People pledge in Kickstarter with a credit card and are billed through Amazon, which has a service called Amazon Payments (similar to Paypal), and they aren’t charged until the project is funded. Kickstarter takes five percent of the money raised, while Amazon Payments takes another three to five percent. Indiegogo uses PayPal and credit cards, and its terms are more complicated, taking into account whether you reach your goal and if you’re a non-profit.

• Kickstarter must approve each project, and there’s a long list of projects that don’t meet its guidelines, including non-profit ventures, health and beauty care, and firearms. It seems a bit leery of wine-related projects (a company spokesman declined to be interviewed for this article) and forbids alcohol to be used as a premium.

What the crowdfunding sites don’t do is come up with ideas or help you with the actual production process. If you want to write a book, you have to figure out what it will be about and how to handle things like layout, printing, and marketing. Feiring needed money to hire a designer; I needed  money to pay for everything from layout (e-books need to be set up in a half-dozen formats) to copyright and even getting ISBN numbers.

The other thing the sites can’t do is guarantee fund-raising success, as demonstrated by the 60 percent failure rate on Kickstarter. In this, success seems to rest on social media – getting the word out through things like Twitter and Facebook, and then having those people use social media to let other people know. That was extremely successful, says Feiring, who purposely didn’t want to ask her family to contribute. Talarico also found that social media helped increase awareness and pledges, especially from her colleagues in the wine business. 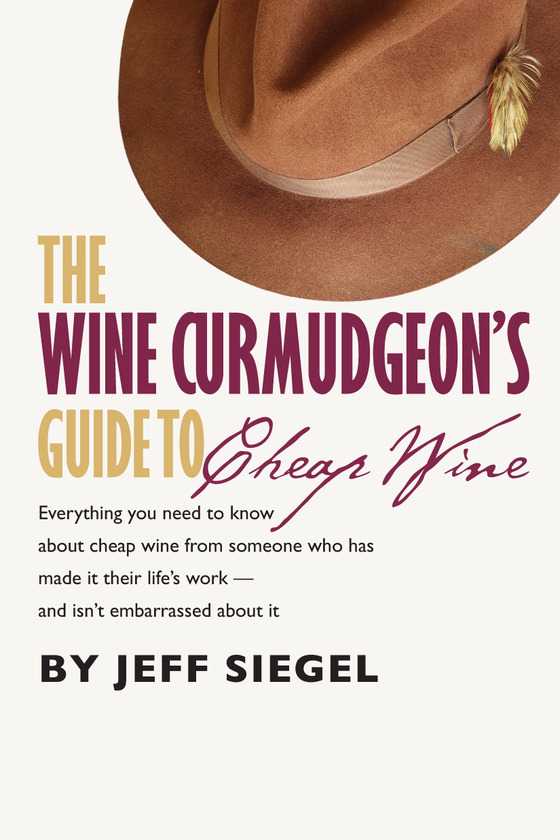 I learned that lesson the hard way. I’m not especially fond of Facebook, and though I’ve finally figured out Twitter and use it, I thought that writing an Alawine.com top 100 blog for five years would be enough to let people know what I was doing. It wasn’t, and my inability to use Facebook to drive awareness and pledges left my funding in doubt until a couple of family members agreed to make up the difference.

The other thing that seems plays a role in funding success is location. Those of us who live in the middle of the country are apparently less crowdfunding aware than those who live on either coast. Feiring and Talarico both said they didn’t have problems with people who didn’t understand Kickstarter and how to use it, while I spent as much as a quarter of my time during fund-raising explaining crowdfunding and how to pledge. One friend, who wanted to support the book, said he never got past my Kickstarter page; he kept getting error messages when he clicked the pledge button.

What social media does is add to the sense of community that is integral to fund-raising success: “You want people to root for you,” says Feiring. “You want them to know that they’re helping you create something. They don’t want to give you a handout. They want to be part of what you’re doing.”

The other thing to know? It’s quite a rush when the project is funded. “I felt like Sally Field at the Academy Awards,” says Feiring. “People really did like me.”