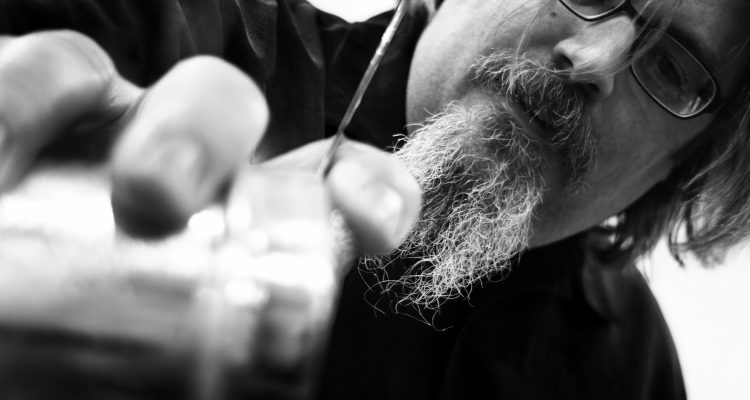 Cognac for Wine-Lovers: there’s still grape juice at the heart of it

Having known mixologist-historian David Wondrich for a while, it was fun to talk with him recently about cognac, and how he would present this high-toned spirit to wine-oriented people.

Wine-drinkers will enjoy knowing that cognac begins as a white wine, before it is distilled, and Wondrich explains, “Cognac is a different way of understanding what grapes do and what barrels do.”

So many people think of cognac as lofty, mysterious, untouchable. But in reality, cognac first became famous in the U.S. in the early 1800s because it served as the basis for a huge proportion of the cocktails created in the 19th century, during the beginning of the Cocktail Era.

After 1870, cognac lost its position as a popular cocktail base. Following the Civil War, Wondrich says, Southerners could not afford it, so they turned to less expensive spirits. Then there was a crisis in Cognac’s vineyards (the phylloxera epidemic, which also spread throughout Europe’s vineyards) that further threatened the supply of cognac. With more political conflict, World War I and Prohibition, most people in the U.S.  forgot about cognac.

However, in Britain cognac retained its popularity as a posh post-dinner drink, so the French turned to marketing cognac at as a luxury spirit—and even started consuming more of it themselves. For the U.S., this further upscale positioning ensured that cognac remained out of the mainstream, even after the end of Prohibition.

For anyone with limited cognac experience, Wondrich advises starting with a really good, aged cognac—one labeled XO or at least VSOP, which means it has been aged more than six years (XO) or more than four years (VSOP).

I asked him to describe the flavor profile of a cognac, for a wine-lover. This is something he obviously thinks about, because he replied enticingly, “a really good cognac has a juicy heart that it preserves, that’s washed over with all kinds of layers of baking spice, cooked fruit. Not so much vanilla as leather and dark chocolate.”

These layers of aromas and flavors develop because finished cognacs are generally blends of spirits that have been aged in a variety of barrels, in different types of cellars. For example, a young cognac may be moved to an older barrel after a few months of ageing in new oak. During the next few years it may be transferred multiple times between drier cellars and more humid ones, because of the effects on the barrels that are ageing the spirit.

This complex ageing system, Wondrich says, “will balance out those intense spices and dark flavors [of one cognac] with a bright juiciness of a cognac that has been aged in a different manner, maybe for a different amount of time.” But, he reminds me, “there’s still grape juice at the heart of it.”

Wondrich also researches the history of spirits and cocktails. He told me one of his favorite factoids came from a description written in 1730: “cognac is a tincture of oak.”

“Basically, that’s what it is,” he continues. “Oak-extracted grape spirit. Cognac is where [the concept of] ageing spirits comes from.” We theorize together that it was probably the international popularity of cognac that inspired other spirits producers to try barrel ageing.

Returning to the subject of mixed drinks, many people would think that cognac has such definitive flavors and aromas that it would overwhelm a cocktail. In fact, cognac is rather subtle. This is what U.S. mixologists have been discovering—again—over the past few years.

Around the turn of the 21st century, as the current cocktail craze started up in this country, a new group of elite mixologists began looking to expand their range of ingredients. They experimented with higher end spirits such as single malt scotch and, of course, cognac, Wondrich relates. The French may have been horrified by this use of cognac at first. But a few years ago, being a practical nation, they decided to accept it, and began making sure that bartenders were being educated about cognac. The Cognac Bureau (BNIC) even created an annual International Cognac Summit targeted toward mixologists, sommeliers and journalists who would spread the word. (Full disclosure, both Wondrich and I have been guests of the Cognac Bureau in France.)

Wondrich has also participated in the development of the new Pierre Ferrand cognac which is called “1840” because it’s based on a 19th century bottle of “mixing cognac.” He explains, “It’s 90 proof, which bartenders like, for its stronger, more concentrated flavor. A drink tastes brighter, and basically they can control the dilution … It’s not like a standard VS [today]; it has a darker flavor, more like a super-VS. It’s young because cognacs were served young then [in the 1800s]. It’s also got some older cognac blended in for flavor.”

Today, the Cognac Bureau actively encourages the creation of new cocktails based on cognac. Speaking about this, again Wondrich advises using only a good, aged cognac, like a VSOP, in drinks. He concedes, “It means spending a fair amount of money, but it does make really good cocktails.”

Then he cautions, “Don’t make anything too complex. Keep it simple.” Like one of his favorites, a version of The Improved Brandy Cocktail by [legendary 19th century bartender] Jerry Thomas, which is basically cognac with a few flavorings. “It’s a boozy drink,” Wondrich adds. “But you’ve got good booze. I don’t want to hide the booze too much when it’s good booze.”

So what did I do the moment I hung up the phone with Wondrich? Made the cocktail, of course. Here is the recipe: