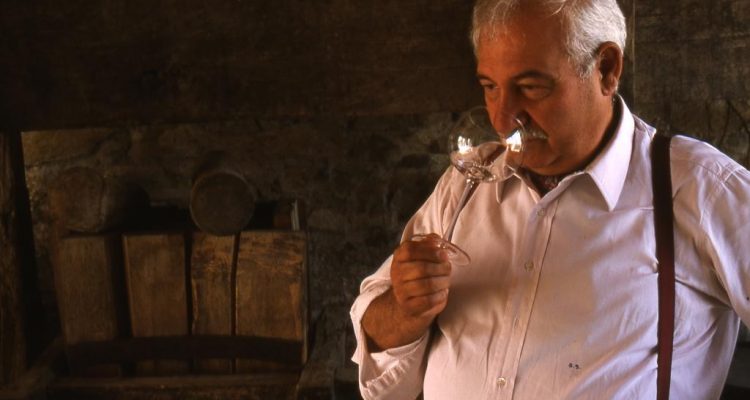 There will be no more Brunello di Montalcino Soldera until 2019. One of the most renowned producers in Tuscany suffered a serious act of vandalism in recent days. “But I’m not afraid,” said Gianfranco Soldera in an interview to  an Italian website: “No intimidation can stop our work. We will go forward and continue to make wine.”  This requires needs only patience — at least seven years.

Here is a translation of the official press release from the Soldera website:

“During the night between Sunday, December 2 and Monday, December 3, unknown persons broke through security and entered our cellar at Case Basse. They did not steal even one bottle, but in an act of vandalism, arson and delinquency – one which is  extremely serious for the whole region–  they opened the valves of 10 barrels of  6 vintages of wine designated to become Brunello di Montalcino: 2007-2008-2009-2010-2011-2012. The loss amounts to 62,600 liters of Brunello di Montalcino, with considerable economic damage. This is an action that does not deserve any description, so serious that it reverberates far beyond the borders of our company. The authorities will carry out their task, we hope, with the help of all those who want to collaborate. Our thoughts and our actions, right now, are directed only to the future, because no intimidation can stop our work and love for this land and the products we are capable of creating. We want to thank all those who have shown and are showing unity with us, along with the Carabinieri and the Procura of Siena, intervened immediately to carry out the investigation.”  The Soldera Family

As the news spread on the web, many principals in the wine world spoke about their indignation at this act of vandalism.  Those expressing solidarity with Soldera and his family include many fellow producers in Montalcino, in particular Silvio Franceschelli, as well as the president of Consorzio Brunello di Montalcino, Fabrizio Bindocci, and many communicators, wine critics and wine bloggers. Tuscan wine writer Carlo Macchi immediately launched a proposal from his website www.winesurf: “Let’s create a label of Brunello ‘Montalcino for Soldera’ where all the producers put in a portion of their best wine. I think it could be an important and concrete way to make it clear that those taps have been opened in all the wineries, those empty barrels are from all the producers and all of them will help refill them.”