Biodynamic Vineyards: Cosmic Bridge or the Turf of Witch Doctors?

First you catch the mouse that’s made a home in your vineyard. Next you skin him, discard the body, and burn the flesh into a wee pile of ashes. Then, when Venus is in the constellation Scorpius, you scatter the ashes over the vines. This will take care of your pesky mouse problem. 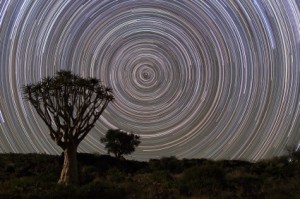 Cow horns stuffed with manure and buried in vineyard soil. Chamomile flowers packed into the small intestines of a cow, buried to rot until spring, then made into an infusion and sprayed over the vines. Some strange ritual sacrifice to the Earth Mother? A plea for an alien visit to the vineyards? No, my friends, they are legitimate farming techniques—at least according to the practitioners. Welcome to the wild, wacky (and highly effective) world of biodynamic farming, where far away, in a mere nook of the Loire Valley, one man has embraced it and inspired a movement.

When I worked selling wine at retail, I often knew which wines were organic or biodynamic because our customers increasingly asked for them. But biodynamics was never a concept I’d paid much attention to otherwise. In my own drinking, and in my restaurant work, I never really cared much one way or another—I just don’t see wine through that lens. In fact, I knew very little about biodynamics before researching this article, and was shocked to find that many of my favorite winemakers—like Alvaro Palacios in Priorat, Spain, whom we’ve made t-shirts of to honor—are devoted practitioners of biodynamic farming.

The more I read about the topic, the more questions I had. Biodynamics sounds like a study in biological movement, or a team of androids sent to harvest your grapes. Instead, it’s a radical approach to farming that has gained a solid foothold in the wine world and also sent ripples of heated debate through the community. Converts to the practice are steadfast in its effectiveness, while many scientists remain perplexed or even hostile, demanding proof that its esoteric rituals are more than hogwash or tomfoolery.

Biodynamic farming is essentially a type of organic farming on LSD, but in fact predates the organic farming movement. In 1924, a group of farmers in Eastern Europe, troubled by the current state of agriculture, approached a gentleman known for his studies of the natural world, Rudolf Steiner, and requested his help. Steiner was in his 60s then, and had also devoted his life to the philosophies of metaphysics, epistemology, Christianity, freemasonry, and even movement and drama. His was a brilliant mind that produced over forty published volumes of work and 300 collected lectures in his lifetime. (I feel utterly inadequate as I list Steiner’s fields of study and accomplishments—but he didn’t have a Facebook and Twitter profile to keep up with, or the lure of the NYC nightlife to distract him from his obsessions.) 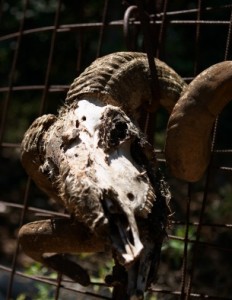 Steiner listened to the farmers’ fears of the proliferation of artificial fertilizers and industrial-sized operations that were ruining the land, and responded with a series of lectures that would become the basis of “biodynamic agriculture,” a term coined later by its practitioners. At once seemingly simple and intricately complex, the system sees the farm as an organism, and seeks to bring it into harmony. The approach treats the land as a whole, where any problems are symptoms of the overall health of the entire system. Few or no outside materials are introduced into the farm ecosystem, and the methods eschew the use of manufactured chemicals common in industrial agriculture. Animals are an integral component of the practices, and the animal feed is produced on the farm while all manures are returned to it to replenish its soil. The method also stipulates the timing of all farm activities to coincide with the movement of celestial bodies—the moon and planets. And the burning of the mouse skin and the cow horn of manure are two of many natural preparations intended to engage elemental forces and non-physical beings.

For the early 20th century farmers who were Steiner’s audience, these likely seemed like radical ideas. But like many ideas born out of desperation (their land was dying, for feck’s sake!), the farmers gave it a shot, and eventually saw their crops become more prolific, their land more fertile.

The movement spread worldwide. Today, the organization Demeter offers an official certification program for biodynamic producers, and asks consumers “to join their effort to heal the planet by choosing Demeter certified Biodynamic® products.”

Biodynamic farming is particularly notable in the wine industry. One website estimates there are over 529 biodynamic wineries worldwide. While customers see both “organic” and “biodynamic” labels on the shelves, and both avoid man-made fertilizers and harmful poisons, there are differences in these methods. Only biodynamics lets the movement of the planets guide decisions, applies seemingly esoteric treatments to correct abnormalities, and permits native plants to grow among the vines for a flourishing ecosystem.

But consumers might be legitimately confused. Are biodynamic wines any better? Are they better for our health? Do they taste better? I just wanted a nice white with my salmon, and now I have to think about how the grapes were grown?

These differences split the wine community. One side wants scientific proof of biodynamics’ effectiveness. The other says the proof is in the health of the vines and the resulting wines, and feel the nuances can never be measured by a gauge or tool, but instead must be perceived intuitively. One such man is Nicolas Joly. Perhaps the most ardent practitioner of biodynamic winemaking worldwide, and the author in 2008 of the book “Biodynamic Wines Demystified,” Joly has been producing biodynamically since 1981. He farms 7 hectares (17 acres) of land known as Coulée de Serrant, in Savennières in France’s Loire Valley—an AC region owned solely by Joly. His white wines, Clos de la Serrant, are often regarded as some of the world’s greatest dry whites, and Joly has become a de facto inspiration for wine producers around the globe, biodynamics aside.

Joly is a study in contrasts. He attended Columbia University and later worked for JP Morgan as an investment banker (don’t try to trace the economic collapse back to him—I’ve tried and he’s clean. Please lower the pitchforks, people). But he left that life in 1977, returning to his family’s wine estate in Savennières. Unwilling to embrace modern agricultural methods and their negative effects on the earth, Joly stumbled on some writings on biodynamics, and soon was burying cow horns. By 1980 he produced the vineyard’s top wine—Clos de la Coulée de Serrant—biodynamically, and by 1984, all his wines were biodynamic. His business card says it all: Nicolas Joly, Gérant de la Société, Nature assistant and not a winemaker. There’s something beautiful in that.

For those of us who revere terroir above all else, biodynamics might possibly be the ultimate expression of the land, because no longer is only the vineyard’s plot—its inherent somewhereness—reflected in the wine, but maybe also a cosmic, universal terroir as well. Joly describes it this way: “Each fruit is a receptacle of a harmonious world, from which life comes. This life is generated by the enormous solar system, by a macrocosmic organization, which humanity gets farther away from on a daily basis.” Grapes are birthed from forces larger than the earth itself, and bridge the energy of the cosmos.

Many biodynamic wine producers see no need to prove their methods scientifically. They’ve seen the changes for themselves in the flourishing of life in their vineyards, the maturity of their fruit, and the health of their soils. Joly says, “The true-winegrower is he who devotes himself to this understanding of life, and is careful that each of his agriculture gestures does not disturb this vast system of creation. That is what organic is about, letting nature ‘work.’ Biodynamics goes further, profiting from its knowledge of this live energy system to help the vine or plant nourish itself more thoroughly.”

But is this explanation enough for the rest of us? The debate is rifle-barrel hot. The flash point? Proof. Scientific, irrefutable proof. But how do you prove these odd-seeming practices are effective?

Personally, I’m intrigued, but still skeptical, too. I’m not a convert to biodynamics yet. I have to admit: it’s kind of breathtaking in its radicalism and simplicity, and I do find something captivating in honoring the connection with the universe. I wholly respect the intense care biodynamic practitioners take of their land and their vines (I was raised in Colorado, so that respect is inherent in my blood). And the hippy in me loves the rejection of chemicals. 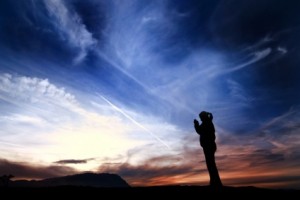 But I have a hard time wrapping my mind around practices like burning the skin of field mice when the planets are properly aligned for mouse eradication, or a farm that runs itself with the farmer in tow as an assistant. Perhaps biodynamics is about connecting with a power so much greater than the mortal coil that we don’t have the ability to understand how it all fits together. I wonder what Venus thinks of Mr. Joly’s wines?  Perhaps we could meet on the dark side of the moon for a glass?

What do you think? Have you tried biodynamic wine and found it somehow—different? How might we measure biodynamics’ effectiveness? Or should we even try?

David Flaherty is the Operations Manager at Hearth restaurant and Terroir wine bar in NYC, where he also runs the beer and bar programs. When he’s not flyfishing, homebrewing, or chasing strikes at the bowling alley, he can be found waxing poetic on wine, beer, and spirits at Grapes & Grains.