Alice in Natureland: A Review of Naked Wines by Alice Feiring

Alice Feiring has become a bit of a controversial figure in the wine world, through her advocation of natural wine in its strictest (yet perfectly sensible) definition: nothing added, nothing taken away. In the last couple of years, the anger and resentment that were directed at her over her defense and illustration of wine in its purest, most undecorated incarnation went completely overboard, at times. 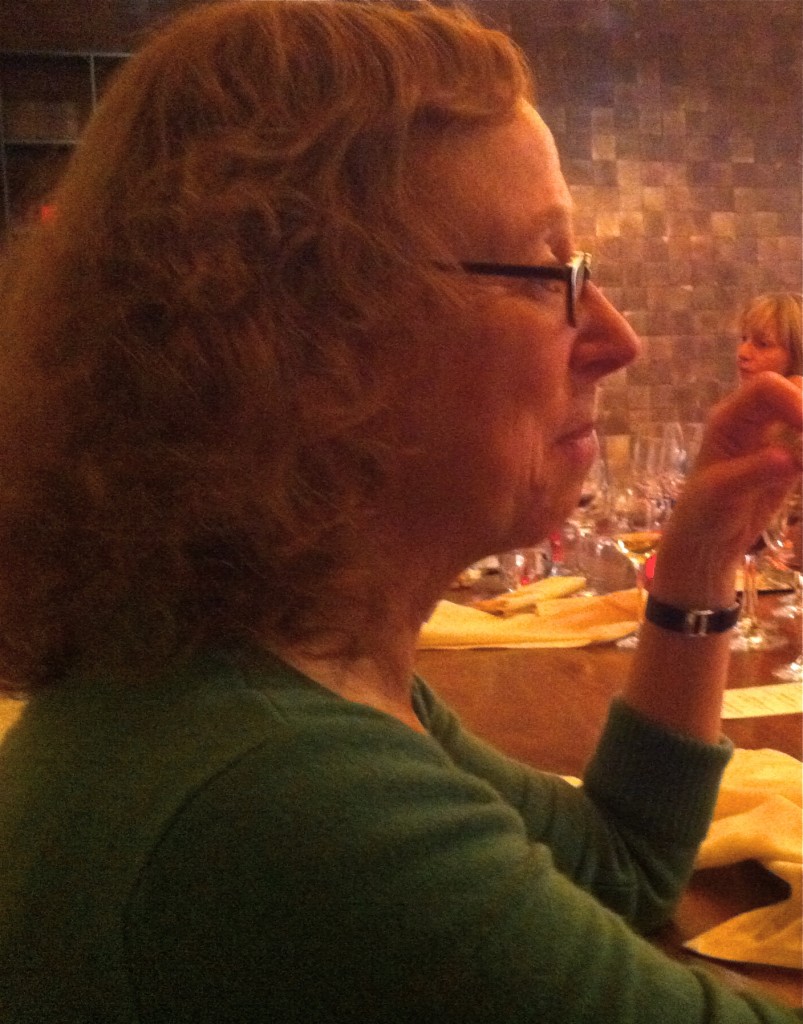 I have had the pleasure of meeting Alice a few times, since she gave a keynote speech at the first North American Wine Bloggers Conference, in 2008, and we have always had terrific, informative, and nuanced conversations about wine. Yet to hear some winemakers and wine writers lambaste her, you would have thought that this tiny, sensitive redhead was some kind of crazed Amazon of the unadulterated grape.

Those who think that Alice lacks nuances and a capacity to confront the complex reality of winegrowing and winemaking should take the time to read her latest book, Naked Wine, which hit bookstores this week (Aug. 30, 2011). In her unique, personal tone, the book explores natural wine in a fairly practical manner, from making her own California wine to asking pointed, technical questions to some of the most important figures in that diverse world of organic and biodynamic winegrowing and non-interventionist, (mostly) sulfur-free winemaking. All that mixed with reflections on the sometimes fierce debates surrounding natural wine, as well as intimate details about her childhood in an observant Jewish family, the difficulties of finding a corkscrew in Spain, or somewhere to answer the call of nature in a French vineyard. Unique, indeed.

Alice’s ideal of “nothing added, nothing taken away”—and her vision of winemaking—are quickly put to the test as she goes to Sonoma to make wine from a ton and a half of organically-grown sagrantino grapes with Kevin Hamel, winemaker at Pellegrini Vineyards. Quickly, she is confronted with winemaking decisions—not always fully her own—like adding water to the sagrantino juice to avoid an excessively high alcohol content.

From that point on, throughout the book, as she travels to France, Spain, and California, notably, the search for natural wine is fraught with complex questions and equivocal answers. Meeting with Éric Texier, Marcel Lapierre, Jean Foillard, Nicolas Joly (who seems to set her up in a weird way), some truly crazy Spanish vignerons, a punk Czech called Andrea Calek, she discusses the limitations of carbonic maceration in allowing terroir to express itself, those of no-sulfur winemaking, biodynamics and Fukuoka winegrowing, and the importance of the “vigneron” model, where the same person grows the grapes and makes the wines. 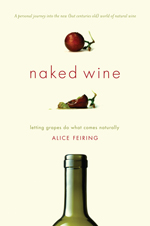 All along the way, definite answers to questions are difficult to obtain, in particular when Alice meets Jacques Néauport, a successor of Jules Chauvet, the founding patron of natural wine everywhere, who has been an influence to dozens of winemakers who decided to adhere to the ideal of “nothing added, nothing taken away.” He is often evasive, unwilling to talk too much about technique, even concluding their conversations by saying “there is no answer.”

Indeed, there is not—or at least, there is not a single, perfect answer, but multiple ones, in response to particular situations and conditions. In the end, finding herself somewhere between resigned and enthusiastic, the natural wine pilgrim rejoices in the fact that the debate over “how natural is natural” is taking place and, better yet, taking hold in the vineyards of California. A sensible way to reconcile ideals with the empirical realities and difficulties of “letting grapes do what comes naturally.” as the subtitle to her book says.

A sense of adventure

In its most technical moments, Alice Feiring’s Naked Wine remains a little imprecise, here and there. When expounding general theory about the development of natural food and natural wine or when she gives more intricate details about winegrowing or winemaking, you sometimes want to go “yes, but …”

However, the crux of the matter and the focus of the book are elsewhere. They are probably, to quote the author, in her “hunting for quirky winemakers,” for something natural, yes, but also out of the mold of conventional, industrial, formatted practice. The quirky writer seems quite at ease with these misfits, these men and women who rejected conventional chemical wisdom and set about, in different ways, to create an expression of terroir and grape that seemed to them more direct, more natural.

Alice Feiring set out on an adventure, a journey of discovery to find out what natural wine is—or maybe, more accurately, what it can be. She should be commended for doing so with an open mind, and sharing the results of her quest in such an open, personal manner. I, for one, was happy to come along for the ride, sometimes smiling, sometimes shaking my head and thinking, all the way through, about what wine is all about.