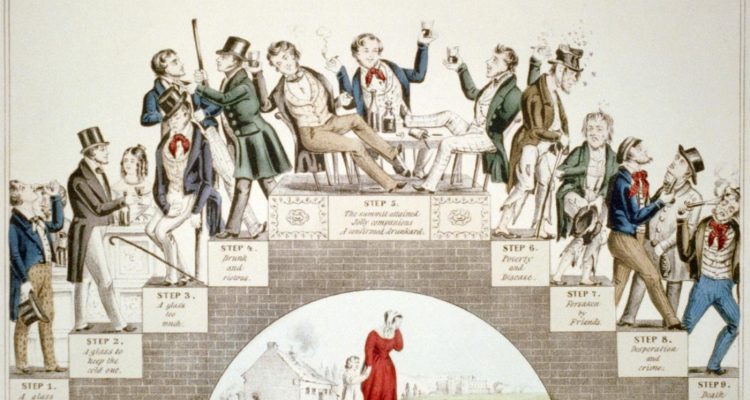 Back in the heady days of October 2015, I won a prize for wine writing, announced at the DWCC conference in Bulgaria. The competition’s main sponsor was the campaigning organization Wine In Moderation, whose director Stylianos Filopolous had the slightly hapless task of speaking to an audience more interested in the celebratory aspects of the competition, and the gala dinner that was to follow.

Amidst all the excitement his message got a bit lost – or at least, it took me months to assimilate it. WiM promotes moderate consumption of alcohol, which seems obvious, but the subtext to their message is more potent. The wine industry and wine communicators need to work hard to separate the rich, cultural and continuing history of wine production and consumption from issues relating to alcohol abuse that probably have nothing to do with wine.

Why is this important now? Because we live in an age where the promotion and consumption of alcohol is increasingly being questioned, demonised and restricted. There are now 14 countries worldwide where alcohol of any kind is prohibited. India has a partial ban in some states. Turkey passed new laws in 2013 outlawing any promotion or advertisement of alcohol whatsoever, a decision that has squeezed its fledging wine industry to within an inch of its life. Turkish producers now have to resort to clandestine, borderline legal methods to get any domestic exposure at all for their wines.

France, arguably the world’s greatest wine nation, introduced a total ban on TV advertising of alcohol in 1991, after decades of complacency amongst the industry. Only last year, an advert by the generic Côtes du Rhone body came under fire for appearing to link wine consumption and happiness in an image – another no-no, under the conditions of the strict 1991 Enui act.

The vociferousness of the anti-alcohol lobby, and most governments’ apparent inability to distinguish between responsible wine consumption and harmful alcohol abuse involving spirits or other cheap drinks is an issue that should concern all wine lovers. This was rammed home to me in January when the UK’s Department of Health announced its findings based on new research, leading to new proposed alcohol consumption guidelines.

The research itself was not the main issue – although it did appear to show a more definitive link between some types of cancer and alcohol consumption than hitherto. There isn’t universal accord on these findings, as shown by Erika Syzmanski in this informative piece.

No, the problem was the emotive, scaremongering language, and a “one size fits all” approach taken to alcohol consumption, ignoring any health or lifestyle differences between industrial whisky, alcopops or fine wine drinkers. “There is no safe level of alcohol consumption”, the DoH blurted out, before grudgingly proposing reduced weekly recommended limits of 14 units of alcohol for men and women – that’s roughly 7 large glasses of wine, assuming an average strength of 13% and a serving size of 175ml (6 fluid oz).

The DoH also branded the idea that moderate consumption of red wine can help prevent heart disease “an old wives tale”, a statement that apparently relied on a severely biased interpretation of their research. A week after the initial announcement, England’s chief medical officer Dame Sally Davies made an even more extraordinary statement: “I would like people to make their choice knowing the issues and do as I do when I reach for my glass of wine and think, ‘Do I want my glass of wine or do I want to raise my risk of breast cancer?'”

I don’t wish to deny that there may be a link between alcohol consumption and some forms of cancer, but this statement lacks any context or balance. One wonders if Dame Sally asks herself the same question before applying a deodorant containing aluminium, eating some tasty charcuterie or consuming food or drinks that contain artificial sweeteners – all substances where a plausible link between ingestion/usage and cancer has been demonstrated.

Andrew Jefford gave a more measured analysis of the UK DoH’s pronouncements in his Decanter column, outlining why they are dangerous for the wine world. His article ends with the words  “It’s time to act”, but he frustratingly omits to provide any steer on how we should act. “We”, in my view means the wine industry, communicators like myself, connoisseurs, wine lovers and geeks such as those who hopefully read this article.

In terms of action, we should start by being honest with ourselves that the wine world is not free from alcoholics, nor is it immune from occasional bravado about the quantities we can, have, or want to drink. We must distance ourselves from this. For my own part, I now take WiM’s agenda very seriously indeed. It would be a tragedy if fear, small-mindedness or misinformation were to deny future generations the joys and subtleties of wine.