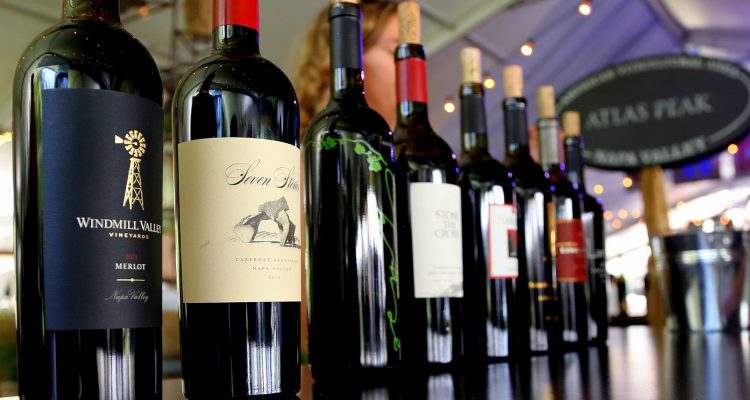 Will a mislabeled wine distort your blood alcohol content?

Wine bottle labels routinely misrepresent the alcohol concentration of their contents. Thanks to a recent article in the Journal of Wine Economics, you may have already seen this news in the popular press. Julian Alston and the other four authors of Splendide Mendax (the splendid title of that splendid article) crunched a bunch of statistics and found, A) that climate change alone doesn’t seem to explain rising wine alcohol levels, and B) rising wine alcohol levels are actually more dramatic than wine labels indicate. If the catalogue of the Liquor Control Board of Ontario (LCBO) from 1992 to 2009 is any indication, and there’s no real reason to think that it isn’t, wineries appear to be systematically low-balling the kick of most wines.

Interesting conclusions, but I’d already been distracted by an aside the authors made in the article’s mid-section:

The average actual alcohol content was 13.56% and the average reported alcohol content was 13.15% with an average discrepancy of 0.42 percentage points. A discrepancy of 0.4 percentage points might not seem large relative to an actual value of 13.6% alcohol by volume, but even errors of this magnitude could lead consumers to under- estimate the amount of alcohol they have consumed in ways that could have some consequences for their health and driving safety; and in particular instances the discrepancies could be much larger than average. (p. 286)

Really? I can say with some certainty that I’ve never tried to make estimates about my health or my driving safety from knowing whether the wine I’m drinking is 13.6% versus 14%. And while I might be far from anyone’s idea of the average consumer, I’m also a young female professional and extremely cautious about my alcohol consumption. Frankly, this claim sounded like anti-imbibing hogwash, the kind of decontextualized and unsupported assumption I see all too regularly in academic alcohol studies, the kind funded by agencies for whom wine is a dangerous drug rather than food and part of a healthy diet, and with agendas looking to come as close to reinstating prohibition as possible without donning petticoats and holding rallies for the Women’s Christian Temperance Union.

If a wine’s alcohol content is misreported, it might damage my opinion of the wine. It might lead me to choose a bottle I end up not liking at a restaurant. It definitely puts less alcohol tax money in the pockets of the United States Alcohol and Tobacco Trade and Tax Bureau. But consequences for my health and safety? I don’t buy it.

A drink isn’t a drink isn’t a drink isn’t a drink, no matter what our high school health teachers taught us. A good friend once took me to a New Orleans-themed barbecue restaurant and bought me a hurricane. That wasn’t a drink; it was four or five of them. More to the point, I can feel the difference between a glass of Finger Lakes cabernet franc and a glass of Napa cabernet sauvignon, or between 12 ounces of Modelo with nachos at a potluck and one of Odell’s 9.3% double IPAs with food truck tacos in Fort Collins. But seriously, if my pinot noir moves from 13% to 13.4%, my palate might care. The part of my brain devoted to whether I can still drive home safely doesn’t need to. Right?

Not necessarily. Estimating blood alcohol content (BAC) is an inexact science because anyone’s BAC involves far too many variables for a formula to do more than put us in the right ballpark. That said, let’s ballpark a few “all else being equal” conditions.

Let’s say I’m a 150 pound (68 kg) woman. I’m at a bar, alone with my laptop, writing on a dissertation chapter. I’ll eat when I get home; right now it’s just a pre-dinner drink and the last bout of writing for the day. Since home is a 20-minute drive down a narrow state highway, I need to keep myself on the no-question-about-it side of sober. I nurse my drink for an hour, alongside two glasses of water without ice, call it a day, pay my tab, and take myself home.

The list at the place near my office is heavy on New Zealand wines. For by the glass, I’m choosing between Te Mata’s Estate Syrah from Hawke’s Bay and Carrick’s “Unravelled” pinot noir from Central Otago. The syrah is (or claims to be) 13% alcohol, the pinot noir claims to be 14%.

Since I’m just interested in comparing the wines, whether I’ve eaten or whether it was a salad or chicken wings, how long I’ve taken to drink my wine, how regularly I drink, how muscular I am (and thus how much of my body weight is water), and all the rest of the variables that affect BAC don’t really matter. So I’ll use the Widmark equation, which at it’s most basic doesn’t account for anything other than how big I am and whether or not I have x chromosomes.

That’s for “acute ingestion,” or the situation we’d need to describe if I downed my glass in one shot and walked out the door. In any other scenario, I’ll need to subtract the duration of time since drinking multiplied by an alcohol elimination constant determined by my personal metabolism. Milliliters of pure ethanol is the volume of my drink multiplied by its alcohol concentration. The 0.8g/mL is the density of ethanol, and r is a “distribution ratio” accounting, very generally, for how much of my body weight the alcohol I’ve drunk is being distributed across. For females, a standard value of r is 0.55; the standard value for males is 0.68. A five-ounce glass of the 13% Syrah is 0.65 ounces of ethanol, or about 19 mL, so my acute ingestion BAC estimate comes out to 0.043% (0.043  grams/deciliter; it’s an obtuse measurement). A five-ounce glass of the 14% Pinot is 0.7 ounces of ethanol, or about 21 mL, so my estimate comes to 0.047%.

My actual BAC is a lot lower than either of those numbers because I’ll have been drinking in multiple sips over time like a civilized individual. We’re still dealing with all of those variables of my personal digestion, plus the complexity of considering the difference between metabolizing my first sip and my last, so even experts publishing in academic journals will argue about calculating what, precisely, my actual BAC might be. Still, various online calculators suggest that, all else being equal, at the end of my hour’s drinking and writing the syrah puts me somewhere in the ballpark of 0.0175-0.019% and the pinot noir has me sitting somewhere around 0.020-0.o22%. And if the syrah was actually 13.4% and the pinot 14.4%, as the Journal of Wine Economics paper suggest they’re statistically likely to be, I’m looking at more like 0.0185-0.02% and 0.021-0.024%.

Are those differences significant? The legal BAC limit in New Zealand is 0.05%. I can comfortably order a glass of anything on the menu and be legal to drive myself from Dunedin north to my tiny house on Blueskin Bay. If, however, I needed to drive myself home from a bar in Kraków to my apartment in Dębniki – which, incidentally, would mean that I’d be studying at the estimable Jagiellonian University – I’d have a problem. The European Transport Safety Council says that Poland’s legal limit is 0.02%, and now I might be over.

I like to play it safe, but I also really do think that I should be able to have one glass of wine out in a bar and drive home afterwards. If I lived in Poland, or Sweden or Algeria or any of the many other countries with limits under about 0.035%, I might do some research with a breathalyzer and figure out what kinds of wine I could put on my safe list. If wineries misreport alcohol levels, those judgments become harder and I end up more likely having to make a phone call.

Unless I move to Poland, I’ll still work with my standard rule of thumb – one glass and I’m fine, two and I’d better have food or a friend – and wine alcohol content is going to hurt my aesthetic more than my ethical sensibilities. How it would hurt wineries to be more accurate on their labels sounds like  a topic for another wine economics article.