Inside the CIA: What I Learned in Wine School

I’ve covered the wine industry for a decade, but always from the business end. Facts, figures, and farming trends? Yes. Distinguish a Pinotage from a Pinot noir? Not so much. So I didn’t hesitate when I recently had the chance to take the weeklong course “Mastering Wine I” at the Culinary Institute of America, Greystone. 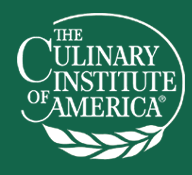 The course is designed and taught by Karen MacNeil, author of “The Wine Bible,” as authoritative a tome as its title suggests. The course fee of $1,200 would provide 3.2 continuing education credits, though lucky for me, my tuition came free with registration at last February’s Wine Writers’ Symposium at Meadowood—a great deal.

Classes were very business-like. Day One began with all class participants signing a form saying we understood we were there to drink-in knowledge—not, you know, to drink. In other words: get ready to get up close and personal with your new best friend, the spit bucket.

My fellow students were an interesting bunch. Some were in the wine business already and hoping to brush up their skills. Some were at transition points in their lives and exploring the idea of a new career in wine. There was another writer who, like me, wanted to get a better understanding of his subject. And there were a few students who just simply liked wine and wanted to learn more about it.

MacNeil began the first class by defining wine as “liquid flavor.” She noted that since wine doesn’t come with its own language, traditionally we have used the language of food to describe it—hence the “red berries, peaches, and vanilla” lexicon of tasting notes. But, MacNeil said, one can go further, using the language of personality, music, and even geometry to describe our taste sensations.

Then it was on to our first tasting, where I learned that professionals always taste from left to right. (I’m sorry to say I learned the hard way how important it is to keep your glasses in their original order.) 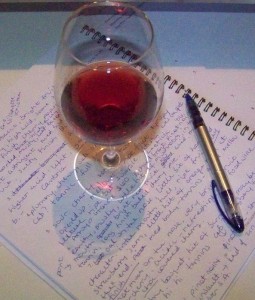 Like typical amateurs, most of us gave our glasses a dainty twirl before taking our first sip. MacNeil sent us back to the starting gate. When tasting wine, she said, you have to swirl that liquid to get air into the wine and release the flavors. The easiest way to do this is to keep the base of the glass on the table and draw vigorous circles with it. Then, take a sniff—but in short bursts: think “dog looking for a bone” rather than “hungry person inhaling bacon.”

It was easier to get my taste buds around some wines than others. Vanilla, baking spices, and a buttery feeling in the mouth? An oak-aged Chardonnay isn’t overly shy. But another white was a puzzler: crisp, green apple, more tart. That turned out to be Chardonnay made in stainless steel tanks, quite a different approach that produces quite a different wine.

Having correctly identified three Rieslings by their fruity flavors and slight whiff of petrol on the nose, I then got a little overconfident and confused a Zinfandel with a Gamay. This was rather sad considering that gamay, the grape used in Beaujolais, has bright cherry notes and relatively low tannins, whereas Zin has chewy mouthfeel, dark berry fruit, and higher alcohol. But the nice thing about this course was that you could strike out without fear of being benched or even booed. We happily experienced none of the snobbery that turns so many people off in the wine world.

Our days followed a pattern: lectures followed by field trips to Napa Valley wineries, lunch in the CIA’s student kitchen (fantastic, by the way), and then an afternoon lecture and tasting exercise. I was surprised by how much information was packed into five days. We covered everything from cloning techniques to barrel aging options to the vineyard blight of phylloxera.

As the week progressed, I could sense some of the gaps in my wine knowledge filling up. For instance, I knew already that a lot of Chardonnays go through a secondary, or malolactic, fermentation (ML for short). Here a winemaker adds bacteria to convert malic acid in the grapes to lactic acid, giving the wine a creamier, softer feel. And of course I’d certainly heard of “buttery” Chardonnays. But it wasn’t until Day Two that I learned that a byproduct of malolactic fermentation is diacetyl—one of the compounds that gives butter its characteristic taste.

Over time it became more and more apparent that I have a relatively poor sense of smell. (Maybe that’s a blessing in disguise considering some of the places my career as a hard-news reporter has taken me.) But now, in order to improve, I clearly need to up the olfactory factor. What to do? Smell everything, MacNeil advised. Take a moment and make yourself aware of what you’re smelling, then describe it. She had a handy tip for tasting notes, too. Don’t look up to heaven and wait for inspiration. Have a roster of possibilities already in your mind: Do I taste apple? And is it a Granny Smith apple? Or is it cherries? Or cherry pie?

My “Aha! moment” came on Day Four. We were examining a flight of Pinot noirs and I had stuck my nose into a duly swirled glass, concentrating fiercely. There was something a little bit dark, a little bit masculine there, and I’d definitely smelled it before but couldn’t quite place it. And then I got it: tobacco. Not in a cigarette butt kind of way but in a rich, men’s club at the port-and-cigars-stage kind of way. If you’d asked me a week earlier, I might have scoffed at the idea that this was for real. But the nose knows.

At the end of the week we took both a tasting test and written test. My palate had improved considerably in five days, but as a writer I still did better on the written exam.

Now, a few weeks later, the effect of my wine school experience lingers. I still drink the same everyday wines I did before—my palate has improved, but my budget has not—but now I pay closer attention. What am I smelling? Was this wine likely aged in oak? Were the grapes picked ripe? What’s the finish like? Long and lingering? Or mercifully short?