The Placebo Effect and Wine

In the land of the free and the home of the brave, is preference for a bottle of wine based on anything but our free will?

Though we may resist thoughts of our own individual gullibility, and no matter how often we may intone some variation of the “trust your own palate” mantra, we must still accept the well-documented commercial popularity of animal or pop art labels, or the persuasive power of ratings points. And let’s not forget that the advertisement industry does not spend billions of dollars unless they get something greater in return.

Recent research into the placebo effect—what is also commonly called the power of suggestion—throws a jaundiced hue onto our notion of free will, commercial and otherwise, as it relates to wine.

Let’s start with the paper “Marketing Actions Can Modulate Neural Representations of Experienced Pleasantness”, published in the Proceedings of the National Academy of Sciences. To generalize, it centered on two questions: 1) Does knowing only the variety (Cabernet Sauvignon) and the price points of a series of wines affect a subject’s perception of sensory quality? 2) More important to the researchers, can this perception of sensory quality, based solely on variety and price point, be doubly confirmed by a MRI map of the subject’s brain pleasure center(s)?

Both questions were seemingly affirmed by the experiment, and the results quickly metastasized across the Internet. In the words of co-author and Stanford professor Baba Shiv:

What we document is that price is not just about inferences of quality, but it can actually affect real quality. 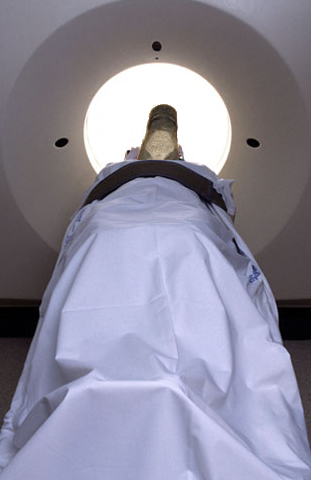 There are (at least) three serious flaws in the experiment. 1) Though all the subjects were “screened for liking, and at least occasionally drinking, red wine,” all 11 were under-thirty males, right-handed and healthy. No distinction is made as to ethnicity or socio-economic background. 2) The wines sampled, all Cabernet Sauvignons, were not named. 3) The subjects were required to lay prone in a MRI machine and sip through straws. Further, “[s]ubjects were instructed to sample the liquid on each trial while it was in their mouth (for a period of 10 seconds), to evaluate its pleasantness during this time, and to swallow only when instructed.”

Of the three flaws, most notable were the unnamed Cabernets and the method of administration. (To be sure, that the subjects were all under-thirty males, right-handed and healthy, an indication of the need for uniform results, nevertheless speaks to the traditional sexist deference within science generally to the economic importance of that demographic. As with HIV and cancer research, males remain the preferred subjects. But that is another story.) Because the Cabernets were unnamed suggests that the researchers were not interested in exposing specific wine producers to scrutiny. I can easily imagine “reverse engineering” an experiment constructed around the proposition of the marginal significance of a wine’s price point with respect to quality, especially of Cabernets.

Of the method of administration briefly quoted above, laboratory protocols are all well and good; but when it comes to wine, I can only encourage readers to picture themselves prone, in a high-tech medical-imaging chamber, sipping Cabernet through a straw, precisely ten seconds per sip. To be told when one may swallow, as the subjects were, hints at both an awful institutional power and a troubling willful submission of the subjects to the same.

Here, any knowledge gained into the placebo effect that does not also consider an experiment’s structure, particularly its built-in institutional power differential, its accessibility to technology, its unknown funding sources, is suspect. In short, submission to the demands of a commercially-driven experiment itself performs the power of suggestion.

A second example, posted in digest form on ETH Life, builds indirectly upon the previous research example. This paper, titled “Wine Tasting: Expectations Influence Sense Of Taste,” first published in Appetite Feb. 2009, tells us: “Wine tastes different to those who are given information on the product before a wine tasting.”

In this test (one presumes a test is one step below an experiment, but above a poll), Robert Parker’s rating system is the foil. A full 163 subjects (called “test people” in the report) tasted a highly rated (92) Argentine wine. The results were predictable: Yes, the rating played a part in pleasure reported. And a big “ho-hum” emanated from the blogosphere.

What is surprising about ETH Life’s publicly available condensation (the full report will cost you $20) is the absence of any hint of clinical data or of demographic breakdown—neither of age, sex, or even nationality. Indeed, that the wine was created by Michel Rolland goes unmentioned in the posted abstract. Even stranger is absence of any mention of well-informed reviewers, or of aggregate sites such as CellarTracker, where reviews of are written in the cold light of day and in the case of this particular wine (Clos de la Siete 2006) as diverse (74-93 points) as the test people’s evaluations.

Again, we learn little of the placebo effect simply because there is no baseline value of the wine itself. If we might easily find an online wine review resource that mirrors the results of the “Expectations Influence Sense of Taste” paper then we have only a methodological distinction without a difference.

Both examples briefly outlined above are part of what I call advertorial science. Neither study is durable science, or definitive. For real-world implications of the placebo effect, we will simply have to wait for thoroughly independent research of this principle as it relates to wine.