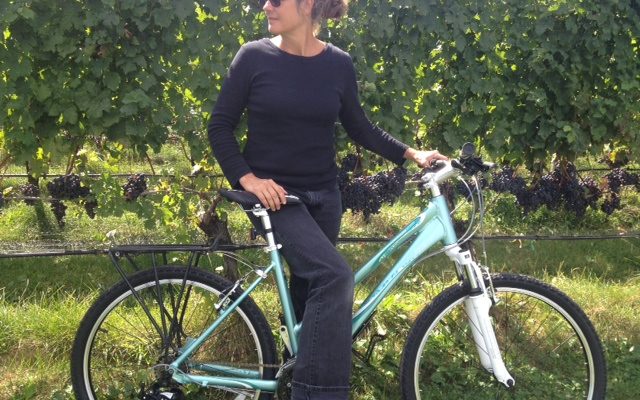 The Accidental Leader of the Fork’s Organic Pack

There are now eighteen vineyards with sustainable practices in Long Island, and Barbara Shinn is leader of the pack. 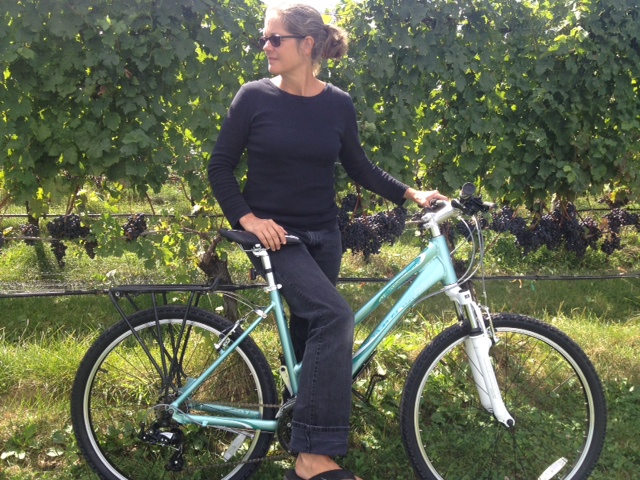 Shinn is a modest woman, thin and deeply tanned, with dirty blonde, shoulder length hair. She probably never intended to be a groundbreaker (pun intended) for Long Island vineyard farming.  In fact, from talking with her, it is clear that her only intention was to farm in a way that is enjoyable and makes sense to her.

It’s not easy to grow vineyards organically on the East Coast of the United States, with its wet spring seasons, humid summers and unpredictable weather conditions during autumn’s ripening season.  Solving those problems without chemicals was unheard of in the year 2000 on New York’s Long Island.

Thirteen years ago, Shinn and partner David Page bought vineyard land, intending to start an organic vineyard.  They found the soil sterile and unworkable, attributing its condition to excessive chemical usage from prior farmers.  They worked the soil for two years, preparing it to grow vines organically, and enriched it with natural fertilizer.  At they same time, they researched organic vineyard farming practices. In the year 2000, other local vineyard farmers were using conventional, chemical insecticides and herbicides to varying degrees, so Shinn had no examples to follow.

She spent time putting together a fertilizer that originated from her region, and would be familiar and enriching for the soil.  It was made of seaweed, fish, composted pressings from winemaking, mulched prunings, horse manure, and biological teas.  The nutrients applied to the soil are meant to feed the microbiology of the soil, not the plants themselves. When the above ingredients are applied, the microbes and insects that eat this organic matter turn it into nutrients that the plant roots can absorb.  Somehow, the microbes and insects turn those ingredients into potassium, nitrogen, calcium, iron, and magnesium.  Shinn also adds additional non-chemical substances such as organic gypsum so that the soil can absorb trace minerals, which are also good for the soil. 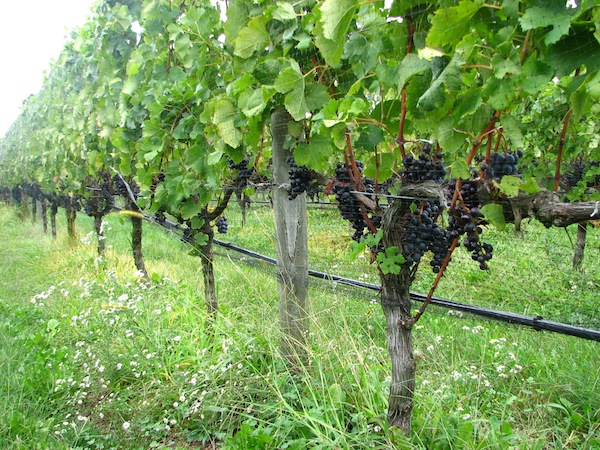 Rather than using chemical herbicide, she carefully mows the grass around the vines, a practice known as “under trellis mowing.”  With more naturally existing grasses in and around the vineyard, large insects and birds are returning to the vineyard and are eating the insects that would ruin the grape harvest – so chemical insecticides become unnecessary.

These practices are so successful and ingenious that Cornell University studied them for two years and replicated the Shinn Vineyard practices.  After very good results, Cornell initiated a similar program with other growers.  People who have been farming many acres for many years are starting to apply some of the same organic practices through the Long Island Sustainable Wine Growing (LISWG) program.  LISWG is a not-for-profit organization that provides education and certification for Long Island vineyards. Barbara Shinn is one of four founding members of this program.

Shinn is honest, and quick to point out the one reason why the government won’t certify her vineyard as organic: in order to organically control downy mildew, she would have to use more copper than she is comfortable with.  For this one problem, she uses chemicals.  In this respect, the East Coast humidity wins over organic practices.

Against all that Shinn Vineyards has accomplished for itself and the Long Island AVA, however, it is a small issue. After more than a decade, Barbara Shinn has clearly paved the way for more sustainable practices — and just in time, as more and more consumers are seeking wine made with organic practices.