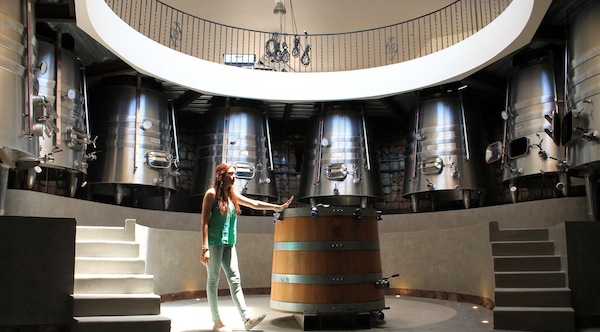 Beer and tequila are the traditional alcoholic beverages of Mexico. But the wine region of Mexico’s Baja Peninsula is changing dramatically, receiving many high scores from the American wine press, and a new breed of winemaker there is dedicated to producing premium wine. But the Mexican wine industry faces uphill battles in two countries. Does it have the stamina to prevail?

The majority of wine production is located in the Guadalupe Valley, a 30-minute drive east of Ensenada, on the Baja Peninsula. Baja accounts for over 90% of all wine in Mexico. There is some wine production on what is known as the “mainland,” meaning the entire country except for Baja.  But it is the Guadalupe Valley which supports wine tourism, including lodgings and terrific restaurants like the highly-regarded Laja and the new Finca Altozano.

A decade ago it was a different story. Wine production was dominated (and still is) by the larger wineries like L.A. Cetto, and Santo Tomas (which started grape growing in 1888) and smaller wineries were content selling cheap jug wine to an unimpressed Mexican market. Now Hacienda La Lomita, Adobe Guadalupe, Las Nubes, and Villa Montefiori are just four of over 70 wineries, only a handful of which are dedicated to crafting exceptional wine. “Americans have a very negative opinion of Mexican wine,” says Don Miller, owner of Adobe Guadalupe, the only American-owned winery in Baja. “But our renaissance is world-class. The Guadalupe Valley is like Napa to the Mexicans,” he says. If the analogy works, then like Napa, the Guadalupe Valley will face its own persistent problems.

The View From the U.S.

My April 2013 visit showed a marked surge in quality and winemaking techniques over my previous visit in 2011. “Right now it’s about good wine at the right price, not $100 bottles,” says Victor Segura, co-owner of Las Nubes Winery. “Yes, there is a market for high-priced wine, but the value market is bigger.” Very few Americans will drop $80 for a Bordeaux blend from Baja but many of the wines I sampled were under $40 and represented significant bang for the buck. Adobe Guadalupe, Villa Montefiori and Hacienda La Lomita, for example, all export about 2% of their production to California retailers and some restaurants. “It’s more of a hobby to export to the U.S. because we can sell all our wine currently in Mexico City,” says La Lomita owner Fernando Perez Castro. But Castro understands the necessity of securing a future niche in the American market, as does Las Nubes, which will begin exporting wine in late 2013.

The border states – California, Arizona and New Mexico and to a lesser degree, Texas – provide the bulk of visitors to the emerging wine region, but the majority come from California, where the drive to the Guadalupe Valley is less than two hours from San Diego.  But visitors from the Golden State run into a thorny legal issue.  California residents cannot cross the border back to the U.S with more than one liter of wine every 31 days, according to the California Department of Alcohol Beverage Control, whereas non-California residents can cross the border with up to five cases. The reason? It all goes back to the 1994 North American Free Trade Agreement and pressure from San Diego area distributors concerned cheap Mexican wine would flood the market. But that’s nothing compared to how punitive Mexico is to its own industry.

The View from Mexico

Inside Baja there are a slew of issues confronting the wine industry:  water, clonal selection, salinity, taxes, lack of infrastructure, and aggressive land development. La Lomita and its modern holistic tasting room reflect the positive changes underway in Baja. A three-story gravity fed open-air facility perched on a barren hill, this winery uses native yeasts and estate fruit to craft beautiful wines including Pagano, a Grenache from 55-year-old vines. Villa Montefiori’s focus on estate-grown Italian varieties, using rootstock from France and Italy, is located six miles from the ocean at 1,300 feet.  There they have 12 varieties in the ground, including nebbiolo, barbera and tempranillo. Las Nubes and Adobe Guadalupe are crafting smooth and balanced Rhone and Bordeaux-style wines.

But even with compelling Baja wines taxes for wineries in Mexico are as high as 40%. There is little research of clonal rootstock and how it performs at the university or state level.  Real estate development is beginning to drive up land prices. To winemakers in Baja it’s still very much a Wild West vibe. “At this moment in the Guadalupe Valley there are no rules, so we can plant whatever we want,” Victor Segura tells me. “Maybe in 20 years we’ll know what excels in this region.” But two decades hence might force the Baja wine industry into a constant state of playing catch-up unless they can compete now.

Regardless, competition is not the elephant in the room. It is water. What little water that does exist is subject to salinity, which was evidenced in some of the wines I tasted. Don Miller told me he ripped out his syrah because the briny water killed it, then replanted using rootstock resistant to the salt. “The water we do get is rain water which comes from underground streams, deposits some into wells, but very little is captured and it flows to the ocean.” There is no capture rate, no aquifers and no money to build reservoirs. And the average of 8-10 inches of annual rainfall is more valuable than gold. Of necessity, many wineries and farms are reverting to dry farming.

An additional hurdle is that there are no viable sources to obtain winemaking tools like pumps, hoses and barrels.  Everything must therefore everything be imported, making wine expensive to a beer and tequila culture used to cheap booze. Americans visiting the Guadalupe Valley must contend with poor winery signage and in many cases hideous dirt roads guaranteed to strain the axle on your car. It’s peculiar, therefore, that situated in mid-valley is a new, $4 million (US) wine museum. I asked everyone I visited if that money could have been better spent on addressing the real issues in the Valley. No one wanted to speak about it on the record, but the frustration was clearly evident. The museum was a political trophy but it did little for the pressing economic needs. “We want this to truly become one of most visited regions of Mexico,” President Calderón said during the inauguration of the museum in summer 2012. But Mexico’s president completely missed the point.  Instead of providing tax credits, water infrastructure or scientific study to build up the fledgling industry, Calderón spent money on a shiny building.

But both Mexicans and Americans are visiting the Guadalupe Valley in ever-greater numbers.  The valley stands at a crossroads with formidable obstacles in its path. “What is in our best interest?” Victor Segura asks me rhetorically. “Water, development, research, taxes?” He uses the analogy of a burgeoning family outgrowing their house. “You need more rooms to support your growing family, but instead you buy a new car.”

In spite of the frustration, the potential of Baja wine is impressive. Segura sums it up as he surveys the Valley from his modern stone winery perched on the hillside, looking across first leaf vines, his own field of dreams. “If you build it they will come,” he says.