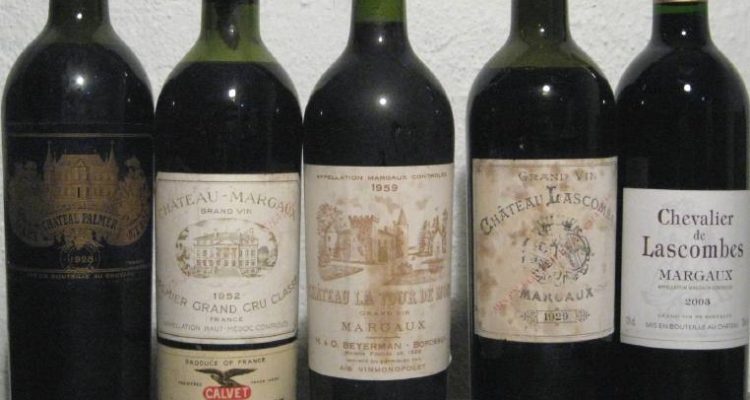 Is it Wrong to Love Inexpensive Wine?

A couple months ago, as part of an industry wine tour of the Marche region of Italy, I found myself eating dinner at the Marchese del Grillo hotel restaurant in Fabriano. And while the food was generally excellent, the meal was particularly notable because of said restaurant’s wine list, which just so happens to be 76 pages long.

It’s an astounding list – including wines from all over Italy, as well as a large selection of back vintages at very reasonable prices (for example, many bottles of 80s or 90s Barolo for less than 100 euro), plus a legitimate international collection.

As I was surrounded by somms, wine reps, importers, and wine writers, it’s easy to imagine the massive over-analysis these 76 pages received. We were already drinking a wonderful assortment of local Verdicchio di Matelica and Vernaccia di Serrapetrona with our meal, but a wine nerd on a mission will not be stopped. And whoever had the carta dei vini was on a mission.

Except for one person. Me.

I realized something, sitting there, watching my colleagues work themselves into a froth over Valentini and Giacosa from the 80s. This wasn’t the type of wine shopping that excited me.

In fact, I didn’t pick up the list once that entire evening.

It’s not that I didn’t care, or didn’t think I could find something compelling. (And let’s be honest, when someone offered me a splash, I readily accepted.) Big names and trophy bottles just aren’t what excites me about wine. Instead, I’m the guy endlessly motivated to find drinkable, memorable stuff for the lowest price possible.

Am I cheap? Is that my problem? I’m not exactly wealthy, so I suppose that could be part of it. But that’s not the entire story. It’s the excitement of the hunt that gets me, the thrill of the find. I already know that Bruno Giacosa makes good wine. But when I find a $9 bottle of Montepulciano from Catabbo – a little-known winery in Molise – that hits way above its price point, so much so that a projected weekday quaffer quickly earns weekend status, that’s worth getting fired up about. Not only that, it makes me feel shrewd. Like I’m gaming the system somehow, cheating by drinking world-class juice for swill-level prices.

Later that same evening in Marche, while sampling from a bottle of 1999 Quintarelli Valpolicella Classico Superiore (€80,00) – which was excellent, I’ll admit — I couldn’t help but wonder what might’ve happened if that aforementioned bottle of Catabbo Campobasso Rosso had found its way to the wine list. Would anyone have cared that it was a rich yet fresh, deeply fruity but savory and spicy wine, all for just $9? When there was aged Valentini to drink? It’s hard to imagine.

(For the record, there wasn’t one wine from Molise on any of the 76 pages.)

Surely they’d still have been more intrigued by the 1996 Montevertine for just $70. Even before I’d tried it and found it relatively innocuous, however, I was already thinking I’d much prefer to spend that wad of cash on a case of Donnachiara’s Aglianico Irpina, which – even though I’d described it as “solid but not worth seeking out” in my notes – had tingled my deal-seeking senses just so when I’d recently found it for less than $6 a bottle.

In fairness to my friends, their chase is no less worthwhile than mine, just different. It’s a reasonable argument that paying $170 for a bottle of 1988 Bruno Giacosa Villero di Castiglione Falletto Barolo is an amazing value, if compared to the 1985 version that’s currently selling for $480 on wine.com. But it’s still $170 for a single bottle of wine.

I’m not entirely immune to this madness myself. A few years ago, for example, I jumped at the chance to drink some 15-20 year old grand cru Burgundy for about $100 a bottle, because, well, that seemed like a killer deal for wines that could easily run 5 or 10 times that price. And they were delicious. Still, the most memorable wine from that tasting session was a 16-year old Domaine Joseph Roty Marsannay, which we’d scored for just $25. Though not quite as nuanced as the grand crus, it far made up for any discrepancies with value.

In the end, this isn’t about casting judgement. I’m not offended by anyone paying what I consider outrageous prices if it makes them happy. (Especially if they pour some for me.) What titillates one person might seem banal to the next. And while certainly we’ve reached a point where we can objectively, as a group of educated wine experts, agree on the merits of particular producers, regions, etc., the true calculation of value can only be personal.