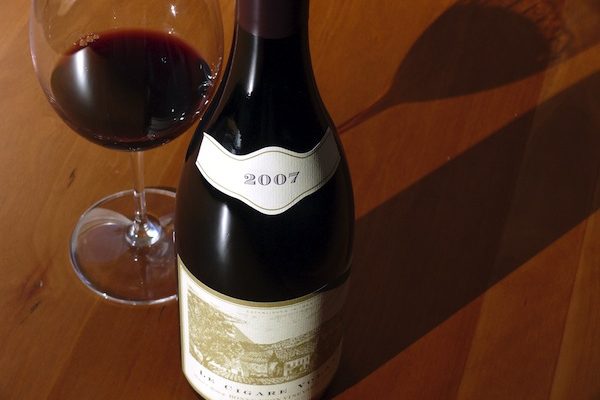 The fine art of not drinking wine

Maybe this is a problem that no self-respecting wine lover should ever have. But it can happen – you cook up a storm in the kitchen on a Monday night, your significant other looks longingly at the wine rack – and quicker than you can say “Agiorgitiko” there’s an open bottle. But it’s a school night, and you both reluctantly pass on the second glass. Now you have a half bottle looking sad. What happens next?

I’ve experienced many times that an opened bottle, suitably recorked and refrigerated, can develop in a very positive way over the course of a few days or a week. Opulent or oaky wines can calm down and gain in elegance after a day or two. Fresh young whites can develop complexity and body given 24 hours or more with some air.

Don’t forget to refrigerate reds as well – imitating the maderizing process in your home is not going to improve matters.

Incidentally, I am not a fan of vacuvin. Sucking all the oxygen out of a bottle, without replacing it with anything inert seems to cause mild reduction. The vacuvin’ed bottle will have a very particular taste – usually rather tired and lackluster. You’ll recognise this flavor instantly if you’ve ever drunk wine by the glass in a bar, before the days of enomatics and argon dispensers.

There are numerous tips on the interweb for storing leftovers, using up the wine in cooking, turning it into vinegar and so on. I’m not going to focus on that. What interests me is whether you can predict which opened wines will keep, and for how long.

My exhaustive research over the last decade, conducted with a total lack of scientific rigor, seems to show that cheaper mass-produced wines die far more quickly than the good stuff – 24 hours is often optimistic. Why should this be so? Something to do with sulfur dioxide levels or biodynamic farming perhaps? Or just innate quality shining through?

Domaine Treloar’s Jonathan Hesford came up with the most convincing explanation I’ve yet heard:

“The reason cheap, industrial wines don’t last [once opened] is because, despite relatively high sulphite levels, the wine has no natural antioxidants. They are so thinned out with enzymes, fining agents and filtration that there are no phenolics left to protect the wine.”

This isn’t surprising, as cheaper wines are not generally produced with ageing in mind. The tannins and phenolic compounds found in grape skins, pips and stems are a key element in wine preservation, helping higher quality robust red wines age for decades. White wines made with skin contact are also notably hardier, again due to the increased levels of phenolics in the finished product. And Hesford is quite correct in implying that high end, artisan producers tend to take a much less interventionist approach when it comes to filtering, fining and other nips and tucks necessary to ensure supermarket levels of consistency.

Hesford feels that sulfur levels have very little to do with the longevity of an already opened wine. Conversely, wines made with very low or no added sulfur can be incredibly resilient once opened. Isabelle Legeron’s theory is that SO2 “freezes a wine in time” – but rather like ice-cream left on the kitchen top, that same wine can collapse quickly once “unfrozen”. This is admittedly a controversial point of view, however I have witnessed both red and white no/low SO2 wines with amazing staying power – in one case, a wine that was still tasty after a month of being open.

So if you’ve just uncorked some $5 plonk then face it, you may as well neck the lot. At best it’s going to end up in your gravy later in the week. But if you haven’t invested in a Coravin, and the crown jewels are sitting open and unfinished then fear not – with a modicum of care, you can have days or even weeks more pleasure from the remains.