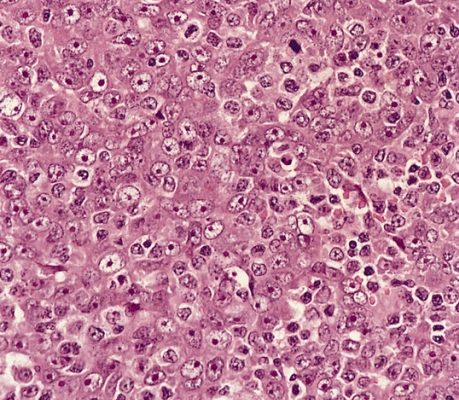 Wine and Cancer: An update

I’ll spoil the punchline: the news on wine and cancer is mostly good.

Wine is going to kill you or wine is going to save your life: the expert answer seems to flop between one answer and the other whenever the daily news gets too quiet. Or maybe I’m getting good science mixed up with bad science journalism. Would that the bad science journalism were only true! If those experts could just declare that doing something, like drinking wine, is either “good for you” or “bad for you,” we could all make our personal decisions about whether we valued a shorter, happier life or a longer, tedious one and get on with it. Part of the problem is that every time “good” and “bad” come into a conversation we have to specify “good for what,” which throws us into the awkward reality that what’s good for preventing one disease may not be good for all of them. A bigger part of the problem? Good for you/bad for you stories are kids’ fairytales. Real life is more nuanced than that, and we deserve better stories.

When it comes to wine, we’re usually talking cardiovascular disease, diabetes, and cancer, and with good reason. Dying from any of those things is scary, and we have at least some control over whether or not we do. Eat right, drink right, don’t smoke, exercise, and at least you know that you’ve done what you could. For cardiovascular disease and diabetes, the consensus stands that “drinking right” means drinking moderately, the classic “up to one drink a day for women, two for men” story. Cancer has been trickier to pin down. On that front, medical research has some updates worth talking about.

Wine and stomach cancer: Two of the things you look for in medical studies are size and “confounders.” First, how many people did they study? Second, did the analysis take into account other normal parts of daily life that might affect the results? Elderly women who drink wine may be less likely to die in the upcoming year, but they’re probably also eating well, wealthier, and just generally in better shape. A nice, big study is finding that, even after accounting for likely confounders, people who drink wine develop less esophageal and stomach cancer than people who don’t. Those findings may still speak more to the benefits of a healthy diet than anything else, but it’s good to see that wine isn’t increasing risks. Even though US stomach cancer rates fell dramatically when better refrigeration techniques came around in the 1930’s and people stopped eating so many salted and smoked (and spoiled) foods, state-side cases have been rising in the past twenty years, and the disease remains an enormous problem in Asia and less well-developed countries.

Wine and mouth cancer: Like stomach cancer, another association you’d expect. The question with mouth cancer has been whether the negative consequences of the alcohol overwhelm the positive consequences of all of those wonderful antioxidants we know wine provides. Alcohol has a topical effect on cancer because alcohol is digested into compounds that can cause DNA damage of the sort that lead to cancer. Some significant portion of mouth cancer cases (exactly how significant a portion is difficult to determine) are a product of heavy (averaging >3 drinks/day) drinking. But do wine’s antioxidant effects protect against alcohol if you’re drinking moderately? A recent meta-analysis says no, unfortunately: though the issue hasn’t been studied very thoroughly, it seems that moderate drinking still incurs some of alcohol’s damaging effects. Unsurprisingly, though, no matter how much you drink, smoking makes the situation much, much worse.

Wine and skin cancer: Didn’t see this one coming, did you? A group of melanoma researchers really tried to find a connection between drinking and developing melanoma, the most dangerous type of skin cancer. They didn’t find one. Wine may affect skin cancer, but for now fair-skinned wine-loving women who happen to be living in the country with the world’s highest skin cancer rates (I’m sitting in New Zealand, and New Zealand is sitting under the ozone hole) can continue drinking Central Otago pinot noir on the porch – wearing sunscreen, of course – in happy ignorance.

Wine and breast cancer: A high pile of long-standing studies show that drinking alcohol is associated with a “small but significant” (for most moderate drinkers) increased risk of developing breast cancer. That even holds true for wine, beer, and distilled spirits individually. But since the famed “Mediterranean diet” includes regular, moderate wine consumption, and since not all studies show higher risks with red wine-drinking, researchers are still questioning whether wine drunk with meals really does increase those risks. Pairing wine with folate (from vegetables, legumes, and grains) may cancel out any increased risk the alcohol alone would carry. Other compounds in wine may also have helpful effects, even if the alcohol itself is bad news. Two acids found in grapes (and olives) slowed down the growth of human breast cancer cells and increased their susceptibility to other lethal agents. Researchers generally only query women about what and how much they’re drinking, not about when and how. It may be time to change that…or to keep on living a balanced, healthy, moderate wine-consumption lifestyle and count on the stress you’ve saved yourself by not worrying about it too much to balance out any increased risks from leaving the wine glasses on the table.

Cancer fatalities in general: A massive European study of cancer and diet is confirming that drinking a lot is bad, and abstaining entirely is okay, but drinking moderately is best if you’re trying to avoid dying from cancer altogether. Adding up cancer-related deaths, people who drank at about the glass-a-day level saw the lowest risks. Those findings jive with other studies about drinking and deaths from mixed causes in elderly women, or dying from cardiovascular disease.

Maybe the most interesting thing about that European study, though, is how well they downplayed the benefits of moderate alcohol consumption. The conclusions emphasized that “alcohol use was positively associated with overall mortality, alcohol-related cancers and violent death and injuries.” That’s absolutely true of people who regularly down multiple drinks per day, but it’s not what their data say about moderate drinkers. The bias is understandable. Alcoholism ruins lives, and excessive drinking causes massive damage not just to heavy drinkers but to the societies around them. That said, it’s well past time for scientists, or journalists, to be oversimplifying the alcohol and health story to one-liners: “alcohol is bad for you,” or “alcohol is good for you.” The questions we need to be asking are about who specifically needs to avoid alcohol, when and why, so that the proverbial rest of us know who we are and can carry on in peace.