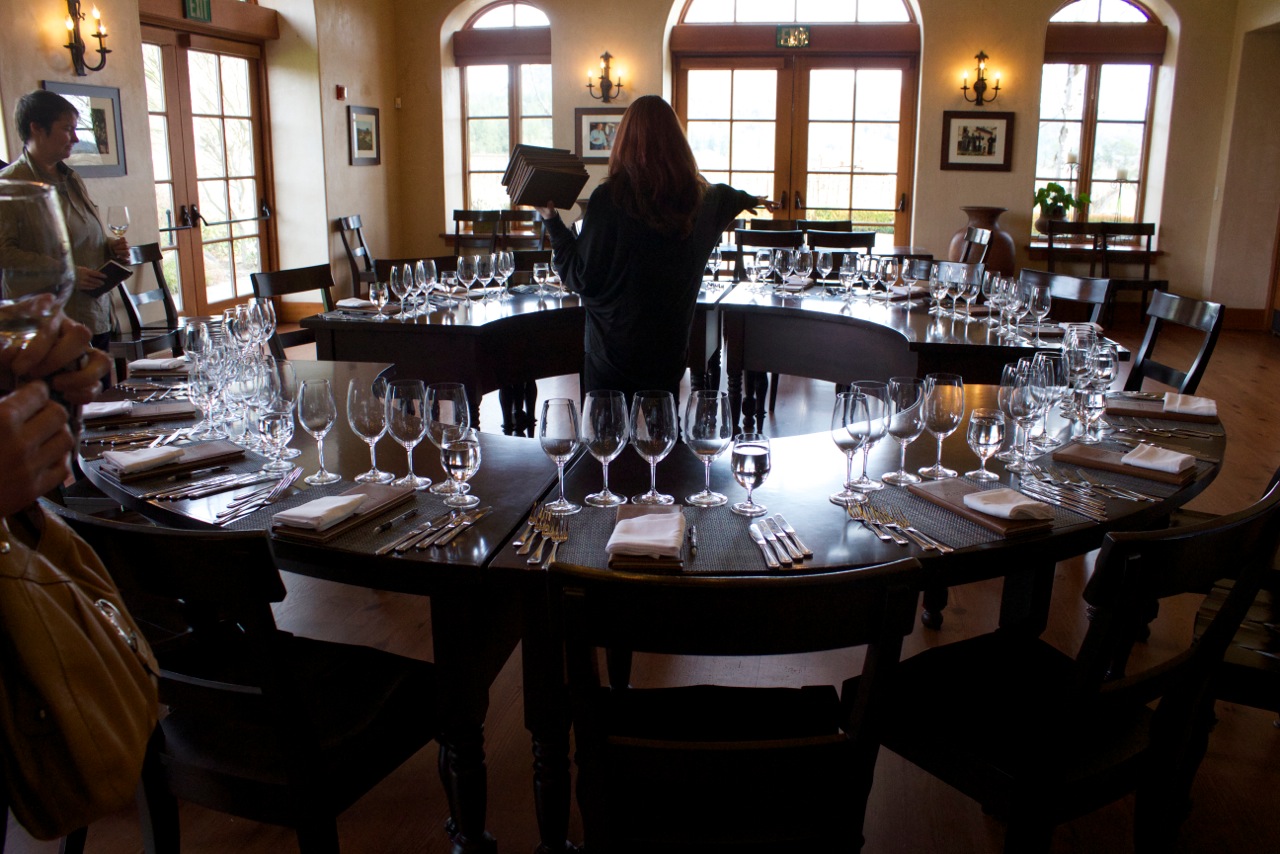 Tasting room visits can make up a large part of a winery's revenue.

Perhaps it should be listed under “First world problems”, but the issue of how much wineries charge for a tasting is alive and well, as I learned firsthand last weekend.

It is, of course, partly cultural. Wineries in most European countries, unlike their American counterparts, have tended historically not to charge. Visiting a winery in the days before cheap flights and hand luggage restrictions was traditionally a shopping activity. You visited, tasted, and bought a few bottles or a case of the wine you liked. But the age of budget airlines and massively increased tourism in popular wine regions has changed it into something more experiential. Many visitors not only won’t buy, but even if they did, hand-luggage restrictions would prevent them from carting their purchases back home.

I completely sympathise with the many wineries in France and other countries who have responded to this change by charging a modest fee for tastings. It’s also a good way to ward off time-wasters –basically those looking to get loaded for free. Opening bottles and spending time with visitors comes at a cost to the winery, as does glass washing and employing staff to help on busy days. If the tasting per se is the basis of the visit (and not the opportunity to purchase), it’s right and proper to charge.

The challenges are twofold: What constitutes a reasonable fee, and how flexible does one need to be?

The fee was a nasty surprise, but we capitulated – We’d already made the effort to drive there. It would grant us eight minuscule pours from a grab-bag of the substantial range. All of the bottles were already open, in most cases for 24-48 hours (they were carefully annotated with opening dates). I don’t have a problem with this, it’s pretty standard practice in the Mosel and neighbouring Alsace, where wineries typically produce many single vineyard bottlings, often with rather fancy prices. In any case, structured, age-worthy Rieslings can keep well for up to a week if they’re refrigerated and carefully resealed.

However, eight dribbles from already open bottles (which would go on to serve many more visitors) does not feel like €20 of value to me. The fancy mineral water on the table probably cost more.

Never mind. The wines were decent, we found two that we liked. I naively wondered if the €300 rule would actually be enforced. Perhaps if we showed goodwill and purchased an expensive bottle (€26) the fees would be waived? Not a chance. We left the winery with two bottles of wine, our pockets some €80 lighter and with the uncomfortable feeling of having been fleeced.

So who cares? Wineries ought to care. Visitors who leave with a sour taste in their mouth may stop purchasing – or recommending –  the winery’s products when they get back home. Instead of departing as enthusiastic ambassadors, we left disappointed and surprised at a winery whose bottles we’d previously enjoyed at home.

Wine lovers who tour the winelands should be realistic. Wine and labour costs are not free, and wineries are not charities. But neither are they theme parks or supermarkets. Passion and romance are key drivers for vineyard visits. The best promotional strategy for any winery owner is surely to fuel those emotions, not dampen them down.