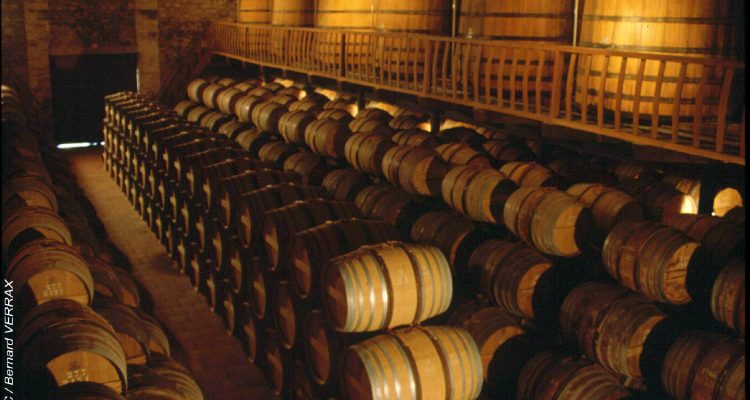 The timing for the release of Brandy: A Global History could not be more perfect. Just as much of the country is settling in for winter’s long, cold nights, author Becky Sue Epstein comes along with a book ideally suited to curling up, under a blanket or near the fireplace, with a stiff, warming drink – brandy, say – nearby. 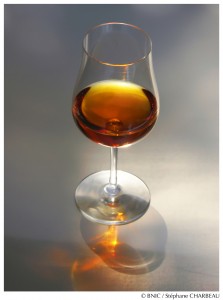 Brandy in your glass at one hand. Brandy, the book, in the other.

There are a lot of reasons why this works. The hand-eye, seasonal-timing coordination thing is just one of them.

Let me start this book review by saying that I know Epstein personally. This is not a surprise – we are both wine writers, we travel in similar circles, we used to live in the same city, and occasionally we ride a random train together through Burgundy. I consider her a colleague and a friend, and I have long respected her writing, her palate, and her humor.

What I did not know, however, was how very seriously she engages a topic – like brandy – when faced with the assignment of weaving it into an historical survey that spans ancient Egypt to today’s rap music industry. When your bibliography includes both a newspaper clipping from Perth, Australia in 1933 and RapGenius.com, you know you’re dealing with an author of breadth.

Reading Brandy is bound to add to what you know, whether you are newly interested in mixology and cocktails, or are well-read in the history of wine, or are intrigued by political games involving alcohol, or are looking for insight to today’s craft spirits, or if you want to know exactly when Busta Rhymes passed the Courvoisier.

That kind of juicy information is all there.

Home mixologists will want to know, for example, that VSOP is still the best level of cognac to start with, as it melds surprisingly well with mixers and other flavorings.

Historians will be curious about the legend of the Bolsheviks’ first breaching of the Winter Palace in 1917, when the entire revolution paused for a week while the revolutionaries drank up the Tsar’s brandies.

Interested in politics? The Ararat cellars in Yerevan, Armenia hold a “Peace Barrel,” which melds 1994 vintage spirits from Armenia and Azerbaijan to represent the year of the ceasefire over the contested Nagorno-Karabakh region. The barrel was dedicated in 2001 and will be opened only when there is a formal treaty of peace in the region. 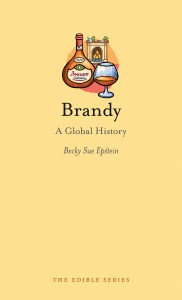 Curious about brandy’s place in the U.S. craft movement? Epstein introduces Finger Lakes Distilling, which released its first batch in 2012, made with local grapes including Gewürztraminer and other native and hybrid varieties.

As for Busta Rhymes, “‘Pass the Courvoisier” was released in 2001. In the dozen years after that, Epstein points out, over 150 rap songs were released containing references to cognac brands, especially Courvoisier and Hennessy (also spelled Hennessey). Producers also formed partnerships with major recording artists like Ludacris, Dr. Dre, Jay-Z, and T.I.

That sort of breadth of information is a clue to the audience for Brandy. It includes historians, of course, of politics and culture and alcohol. It includes spirits enthusiasts, both young and old, both bartending hipsters and their after-dinner-drink parents.

Brandy is like a box of chocolates or, naturally, like a glass of cognac. We return to them, again and again over time, for a sip of interest here, a surprising morsel there.

There are two things in this book that I will rib Epstein about the next time I see her: her cliffhangers (!) and the too-small number of narratives about individual producers which, for me, would have added more human-face personality to the text. To be fair, at several points throughout the book Epstein refers to specific producers – namely in Spain, Australia, and California – but the faces of the producers for me remained blurry.

In the chapter called “Everything You Need to Know about Cognac,” Epstein tantalizes with this cliffhanger:

During the Second World War much of the area [of Cognac] was occupied, but the far-sighted cognac producers were able to preserve much of their stocks for the future. Just how this was accomplished is not a story that is commonly told to visitors because it is said that some of the producers may have made deals with the devil.

Why leave us hanging?

Rather than resolve this, with information that Epstein either researched herself or was presumably told during the course of her interviews, she simply writes: “for those interested in the specifics there are more details in lengthier books on cognac’s history.”

Ironically, this is another example of I-didn’t-know-that that permeates Epstein’s book. There are many such examples – the rest of them fleshed out and fully resolved – for you or anyone you know with an interest in spirits globally or brandy, cognac, Armagnac, and pisco specifically.

Brandy: A Global History is a slim volume, a quick read, well-illustrated, and full of history and the surprises that history tucks within itself. The accidents. The logic of economic motivation. The charm. Medicine and health. Labor and new markets. The politics and taxes of revolutions. The greed. The revelry. The reasons.

The reasons, the rationale, for brandy’s evolution and persistence on the global beverage scene is a real strength of this book. Reading it will inform and entertain, and it will especially contextualize your enjoyment of the spirit.