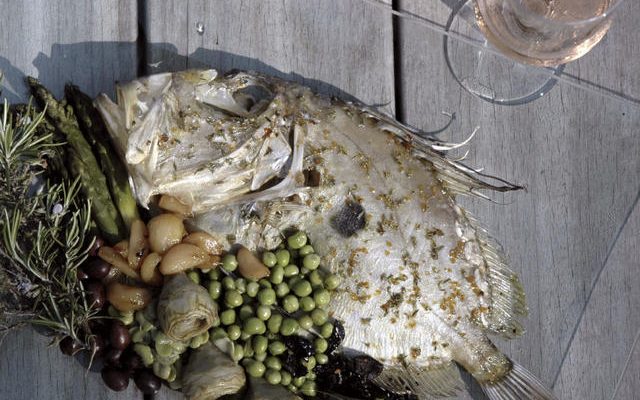 In praise of the “mouth rinse”

Kermit Lynch once described a wine he imported as “a mouth rinse.” He meant it as praise. I saw this a decade ago and have never forgotten it.

Nobody speaks well of simplicity in wine. It doesn’t matter which side of the power vs. elegance debate you’re on. Power fans want an iron fist in a velvet glove. Elegance fans want a complex wine that reveals more the longer you spend with it. Nobody wants a mouth rinse.

Some of this can be blamed on the 100-point scale. It’s hard to argue that a clean, simple Chilean Sauvignon Blanc or Oregon Pinot Gris should rate higher than a naturally fermented, oak-aged Chardonnay. My favorite description for the meaning of the 100-point scale is Wine Review Online publisher Robert Whitley’s; he calls it “a measure of the writer’s enthusiasm for the wine.” Can anyone say a mouth rinse gets them as excited as a floral, complex wine with a long finish?

But you don’t need to be a doler out of points to disdain simplicity. I want to emphasize how widespread this bias is. I had a short discussion with Eric Asimov – deserving hero of wine traditionalists – on Twitter a few months ago when readers were giving him a hard time about calling wines under $40 in restaurants “affordable.” Asimov said many readers only wanted wines under $15. I suggested Vinho Verde. He agreed that it’s good value, but said it’s not very interesting.

I can’t argue with that. You can always have a more interesting wine than a mouth rinse. But sometimes I don’t want one. 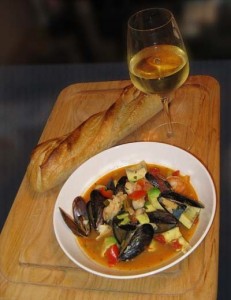 This is a difficult position to take, and particularly right now. This column is running in Palate Press just when people are planning to “bring the lumber,” as Rudy Kurniawan’s ex-friends describe pulling big-name wines out of their cellars to impress their buddies. In fact, for a little peek behind the curtain, I’ll pause after this paragraph to meet a friend and his family for dinner. He’s bringing a Chassagne-Montrachet and a Rioja Gran Reserva. I can’t bring a Vinho Verde – even though it would go great with the first course. It wouldn’t feel right.

But sometimes a good mouth rinse is exactly what’s called for: culinarily, emotionally or both.

First, the culinary side. I’ve got a closet full of awesome red wines, but I eat mostly fish and vegetables for dinner. I’m not going to tell somebody else not to have Cabernet with fish, but I personally will not. We eat a fair amount of Japanese and Japanese-inspired food in my home, and consume a fair amount of sake with it. But sometimes I prefer wine. Yet the point of Japanese food is to savor fresh ingredients, especially delicate white flesh fish. An awesome white wine, or even a strongly flavored one, is often too overpowering.

It’s difficult to find the right vocabulary to exalt a simple, clean, restrained wine in these circumstances. You can’t actually say “simple” as praise, even though that’s the very quality that might be called for. “Elegant” or “graceful” seem to overstate the case. “Clean,” I use that sometimes, but it doesn’t say much in a wine world where these days most contaminations are, if not exactly intentional, at least tolerated.

There’s also an emotional side. Rarely in a restaurant do I want a simple wine (a sushi bar would be an exception, but I’d rather have sake.) Wine is part of the meal and I want to be intrigued, excited, and/or pleased – not always concurrent qualities – by what’s in my glass.

But drinking wine at home is different. I write about wine so I can’t claim the “I work hard all day and just want to relax with a Bud Light” line of reasoning, though plenty of Americans would.

Yet sometimes I don’t want to analyze what I’m drinking. I don’t want to take notes. And I don’t actually want greatness, because greatness would force me to pay attention. This sounds like blasphemy for a wine writer, but there are nights I’d rather not have Romanée-Conti, even if it were free, because then the night would be about Romanée-Conti.

It’s not possible to change the paradigm of wine appreciation. A great red Burgundy is better in every definable way than a good Chilean Sauvignon Blanc. And the culture of wine is to constantly seek something better: a more powerful Cabernet, or a more complex Pinot, or a more unique Grenache, or a better expression of the terroir of Tuscany.

But maybe you sometimes feel like I do, and if so, I want to be there for you. What we feel is valid, and we can still be oenophiles. We don’t have to give up our Wine Lover credentials if we think the following:

I love great wine. But sometimes I’d rather have a mouth rinse.