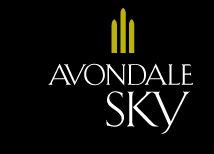 In a previous article, here on Palate Press, I wrote just how impressed I’ve been with the sparkling wines from Nova Scotia, in Atlantic Canada. After visiting the province in August, while judging at the Canadian Wine Awards, I discovered many other good bubblies, as well as the Tidal Bay wines, a smart set of fresh, still whites made following a common set of guidelines for quality and style. There is much good wine to be found in Nova Scotia, in that fresh style of white wines, as demonstrated by the 2009 Bin 37 from Avondale Sky, a winery that had its official opening this fall. There, winemaker Ben Swetnam makes a lot of smart, well-crafted cuvées, including this barrel-fermented geisenheim, a grape that seems to benefit greatly from cooler climates (in warmer regions, its aromatics can get quite heavy, almost sickly-sweet). A touch vegetal on opening, it quickly gains a more floral note of clover and honey, along with some nice white fruit and lime, as well as something slightly resinous, reminiscent of pine nuts. You can hardly tell that it spent time in oak, except for the slightly creamy texture on the finish, counterbalanced by bright, pleasant acidity. The best thing? The alcohol level is a modest 9.5%, making it a perfect luncheon wine – among other possibilities. Recommended. RC