Co-ops are usually the volume-first, quality-second institutions of the wine world. Not so with Produttori del Barbaresco, a group of 19 producers in the Barbaresco appellation who work together to produce some of the best wines in all of Piedmont, and at remarkably reasonable prices. Italian wine expert Charles Scicolone, in an interview I had the chance of doing with him last year, told me he considered Produttori as the best Barbaresco producer, bar none, and after tasting a few of their bottlings, I tend to agree. The 2006 “regular” Barbaresco (as opposed to their single vineyard bottlings), is clearly built for the long run, with fine but significant tannins, loads of great tart cherry and tobacco leaf aromas, a fine acidity and a terrific, clean, precise finish. The color is the clear garnet of traditional Nebbiolo, free of oak (why would that grape need it?), fine and well-defined. Buy every bottle you find and drink them slowly over the next twenty years. Also look for their Langhe Nebbiolo, a simpler, fun expression of Nebbiolo that is a real deal at less than $20 CDN. Highly recommended. 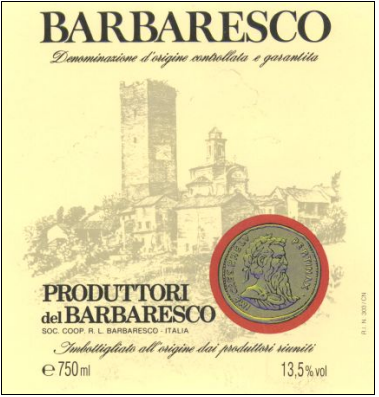