In preparation for Open That Bottle Night (live, only on Palate Press; Saturday, February 26 from 7 pm – 10 pm EST), contributing editor Joe Pollack shares some thoughts on the bottle he plans to open for the event. 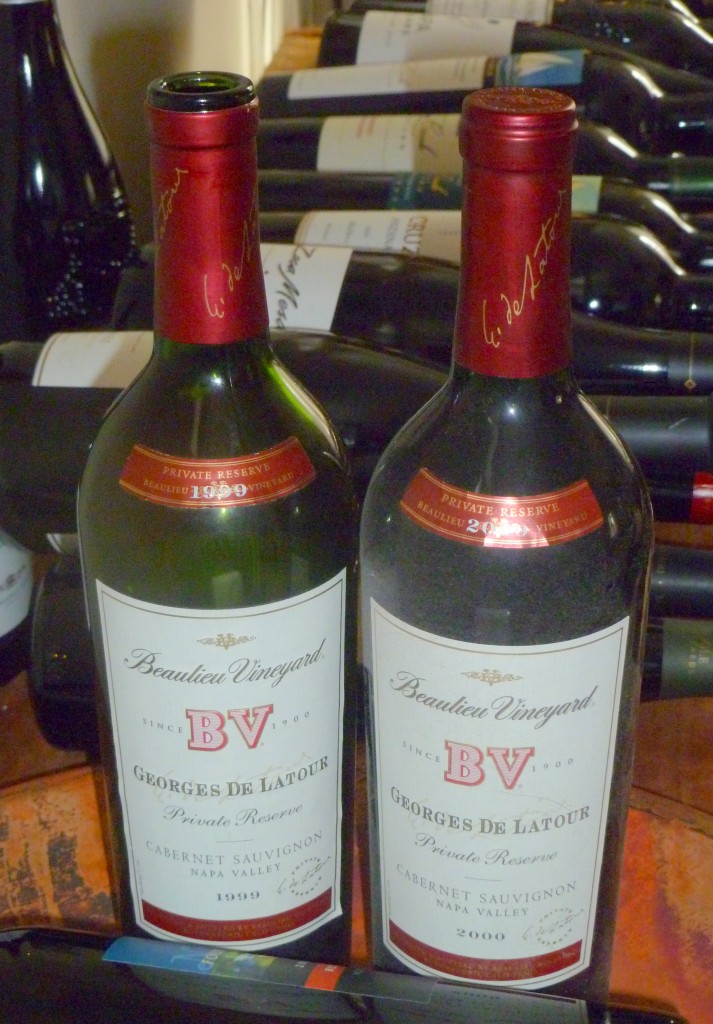 That’s accurate and certainly concise, but it doesn’t tell the whole story.

My parents, New York City teachers with two-month summer vacations, were true automobile pioneers. Starting in 1932, Dad drove to Los Angeles and back many times in a 1931 Model A Ford. Mom didn’t drive. I went with them a few times, then discovered I liked summer camp better. They kept on driving and exploring.

When they retired in the early ’60s, they moved to San Francisco. At that time, Highway 29 was a quiet country road to Napa County, past a handful of wineries. They drove it often, introducing New York relatives to the joys of California wine. I was living in St. Louis, so when they drove back East, they would stop for a few days and usually deliver a case of wine. Maybe two cases.

Dad always liked Beaulieu Vineyards, and he especially liked the Georges de LaTour Private Reserve Cab, often made in those days by the legendary Andre Tchelistcheff. It was rich and hearty, with dark berry and plum overtones and a long finish. We’d drink a bottle during his visit and I’d space out the others until his next. One day in the late ’60s, as another visit was nearing, he called to chat, and asked if I still was fond of the BV. “More than fond,” I said. “I was curious,” he said. “It now costs more than three dollars a bottle and I wanted to make sure you thought it was a good value.”

Dad died a few years after that, and Mom moved to St. Louis, but I bought, and put away, some of that wine from time to time. Recently, poking around among some dusty bottles, I found a couple of BV Georges de LaTour Private Reserve, one from 1999, another from 2000. They had been stored on their sides, in an area that was cool and where there was minimal temperature fluctuation.  They should be at their peak.

I carefully opened the 1999 last week, decanted it, tasted it.

Not very good. Slightly raisiny, sharp in the finish, not much flavor. If I’d bought it from a restaurant list I’d have sent it back. I did not finish it.

The 2000 now stares at me from a buffet in the dining room. I stare back. I’ll have to open it one of these days soon, with knowledge of the failed ’99 balanced in the moment of man’s greatest optimism—opening a bottle of wine.

Joe Pollack has been writing and talking about sports, wine, food, entertainment and other happy subjects for more than 50 years for newspapers, radio and TV stations, magazines, newsletters, blogs and other means of disseminating words and opinions. He has children and grandchildren scattered throughout the world and a wife, Ann Lemons, who is a good writer and an even better cook. He writes at St Louis Eats.
Type to search or hit ESC to close
See all results