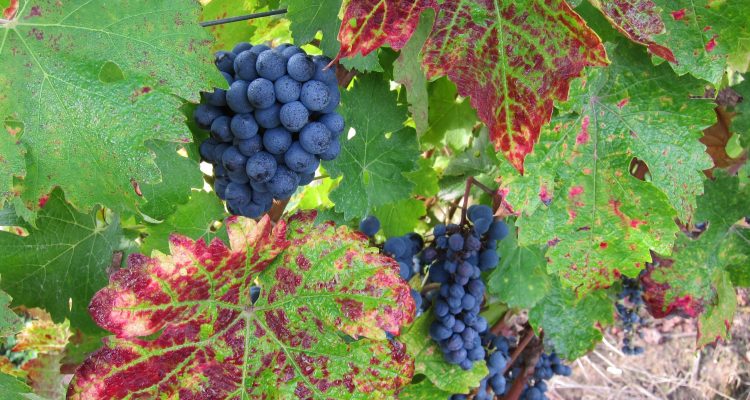 What kind of parents are grapevines? (Or, do higher yields mean lower quality?)

Last November, a pair of American economists published a working paper with the National Bureau of Economic Research stating that first children earn higher grades than kids born into more crowded families. Asking questions about family size and child success is dangerous. Bring it up in a crowded room and you’ll hear that only children are antisocial or deprived, that kids with lots of siblings don’t get enough parental attention, that first children are bossy, that first children are statistically likely to be more successful than children at the bottom of the stack, that children from big families have fewer psychological issues later in life…

Start asking the same questions about what kind of parents grapevines are and the barrage is just about as bad. Does a high-bearing vine with lots of clusters feed and shelter each of them just as well as one with fewer clusters? Or are grapes from low-yielding vines naturally higher in quality, like straight-A-earning only children? Like the only child/big family debate, we have statistical data. Like the only child-big family debate, the data aren’t always the last word.

Grape yield isn’t directly related to wine quality. Lower yields often do mean higher quality, but that’s not because one causes the other. It’s possible, given a whole lot of other factors, for high-quality grapes to come in big lots or in small ones. But grape yield is indirectly related to wine quality; in other words, our data say that a lot of factors often associated with yield affect quality.

Because contemporary science works on the principle of falsifiability – find one exception to the rule and you throw the rule out the window – it’s easy to throw out “lower yields mean higher quality.” A very well-respected 2004 article demonstrated that wines from heavily-pruned, low-yielding Napa cabernet sauvignon vines were more vegetal, astringent, bitter, and less pleasantly fruity than their higher-yielding counterparts. Other research has shown that lower-vigor, lower-yielding sauvignon blanc vines can have less punchy varietal flavor. And combinations of vigorous vines, lots of water, and the wrong kind of trellising can mean low-ish yields of low-ish quality fruit. So we’ve proven that principle false.

Overcropping is clearly bad. Vines have a sugar checkbook. Leaves exposed to good, plant-nourishing sunlight bring sugar in with photosynthesis; grapes are sugar storage units, like savings accounts for carbohydrates. If a vine has too few sugar generating units for its sugar storage units, those savings accounts won’t fill up very fast and grapes may not ripen to a winemaker’s specifications. But every wine drinker knows that quality isn’t just about sugars and alcohol. You can’t measure how well kids turn out just by looking at their high school grade point averages.

Here’s where we come to the point about quality being related to factors associated with yield rather than yield itself. Vines need leaves to generate sugar, but leaves also shade fruit. Too much shade means grapes with less color and more veggie flavors compared with fruit that sees more sunlight. So higher yields can mean lower quality if the leaves the vine needs to ripen all of its fruit provide too much shade and make washed-out wines that smell like the salad bar. Removing leaves early in the season can reduce the number of clusters a vine sets out to produce, but also lets more sunlight hit ripening grapes – lower yields, higher quality. 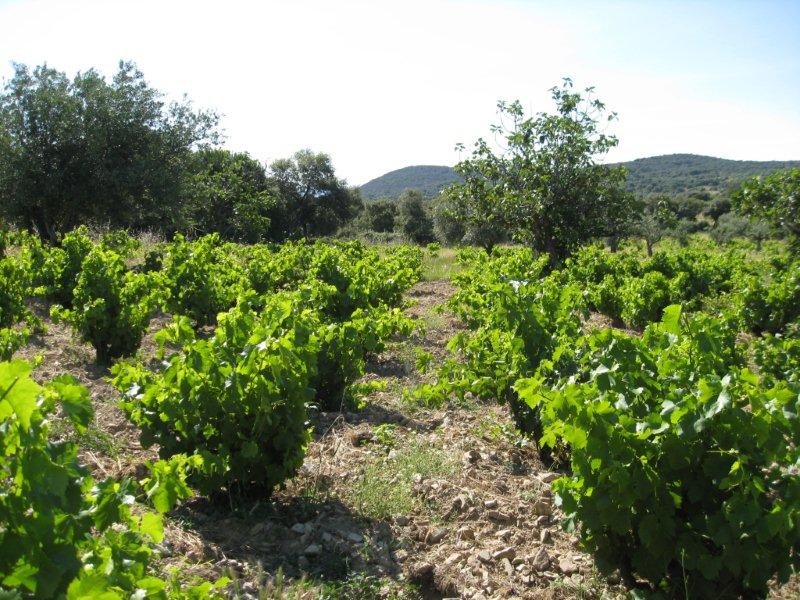 A common way to force lower yields is with mechanical thinning – a tractor with flexible beater bars extending on either side drives down the vineyard row and thwacks the vines to make unripe grapes fall off. The grapes that remain tend to develop into looser, more open clusters. Those clusters trap less moisture, are less prone to rot and mold, and consequently tend to be better-quality than their non-thinned counterparts, at least in terms of diseased-ness.

A less violent path to lower yields is water stress. With little water available – in non-irrigated or barely irrigated vineyards, often on soil with little water-holding capacity – vines not only make fewer grapes but grow into open, airy structures. Airy structures mean more sunlight on ripening grapes, less trapped moisture, and grapes with better color and flavor and less mold. Low yield isn’t causing those changes; low yield and better quality happen to both be results of the same process.

Altogether, the data tell us that the total grape output of a region, a vineyard, or even a single vine tells us squat about wine quality if we don’t know how those yields came to be. Vineyard yield can be understood at four levels: the vineyard site, the way the vineyard is planted (how far apart the vines are spaced, what kind of vines are planted, what kind of basic trellising system is installed), how the vines are managed, and the weather. Those billion factors add up to whether a vine is “balanced” at any given yield. I could spend the next year telling you about vine balance and we might all still be ignoramuses when I stopped.

The authors of that 2004 study finding that higher-yielding vines made better cabs surveyed Californian winemakers: 50% of them believed that lower yields meant higher quality grapes and only 20% disagreed. Are 50% of Californian winemakers and growers stupid and clueless, or is something more complex going on here? I’m inclined to believe the latter. First, it’s entirely fair to say that yield and quality often go hand-in-hand, even if a causal relationship doesn’t exist between the two. Second, scientific studies are always oversimplifications. A properly controlled trial needs to do something to reduce or increase yields from a baseline, and the choice of how to manipulate yields has a lot to do with how the wines will turn out. We don’t have scientific studies covering the entire, incredibly wide gamut of vineyard characteristics and management practices related to yield, and we have relatively few studies in which “quality” is determined with a group of humans tasting actual wine rather than simple measurements of sugars and acids or flavor molecules. Winemakers and growers may be wrong, but I’m not willing to casually throw out the testimony of a bunch of people who work with wine and vineyards every day in the face of incomplete scientific evidence.

How do we define “wine quality?” Even a group of humans tasting real wine can’t answer that question because wine quality isn’t just about wine flavor. Lower yielding vines are more expensive, not just because they produce less but because it usually took expensive manpower hours to make them that way. We tend to assume that more expensive things are better, and we also tend to value things in low supply. Saying so might be cynical, but winemakers might value low yields in part because grape growers usually want to argue for higher ones. Some part of yield and quality could even be self-fulfilling prophecy: if a grower is getting less out of a vineyard, she’ll probably want to believe that higher quality is compensating and may thereby make it so. And then there’s Europe. Many European wine-growing regions place restrictions on yield, at least in part because overcropping to the point of sending ripeness downhill has happened in living memory. But they also give the rest of the so often Europe-focused wine world the idea that lower yields are better, full stop.

My Palate Press colleague W. Blake Gray recently attacked this question from an unusual angle, assuming that if the yield-quality relationship is true, then highly desirable California wines from lower-yielding years should be trading for more money than the same wines from higher-yielding years. Gray’s methodology was off, but his point was salient: for the consumer, yield isn’t a good way to choose a wine. I’ll hope that screening job applicants for family size and birth order doesn’t become common practice, too. Do lower yields mean higher quality? No. But it’s not fair to say that the two are unrelated. And if stacking wine price against annual state averages isn’t a good way to answer the question, neither, necessarily, is assuming the whole picture is written in scientific papers.