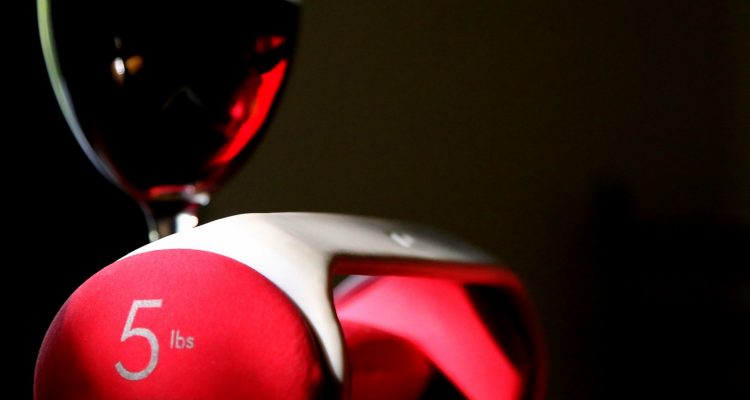 Is a glass of red wine equal to an hour at the gym?

Perhaps you saw the stories making the rounds of social media lately claiming that a glass of red wine was equal to an hour working out at the gym. Perhaps you thought, “Hallelujah!”

It pains me to be the one to have to break this to you, but don’t toss your Lycra workout togs just yet.

It turns out the study, conducted in 2012 by researchers at the University of Alberta, did find that resveratrol, an antioxidant found in red wine, grapes and other food, improved physical performance, heart function and muscle strength in experiments conducted on rats. Not only did resveratrol improve the performance of exercise trained rats and – this is the kernel of truth in the 100-acre corn field of wishful thinking – researchers also found that even sedentary rats who got the resveratrol supplements had about a 25 percent increase in exercise performance vs. the sedentary rats eating regular chow.

However, there’s nothing in the study advocating skipping the gym and the rats weren’t swilling Syrah, or any vino. They were being fed powdered resveratrol and in massive amounts. To get the same amount from red wine, a human would have to drink anyway from 100 to 1000 bottles a day.

I think we can all agree that’s a little much.

The study’s principal investigator, Dr. Jason Dyck, director of the Cardiovascular Research Centre at the University of Alberta, was disappointed when he read the recent skip-the-gym headlines as “I did not want my name associated with such an outrageous claim,” he said in an email. Something similar happened after the results were first published in the Journal of Physiology in 2012.

The thing is, the study results are plenty interesting without being tweaked.

In the lab models, rats that exercised AND took the resveratrol supplements had a significant increase in physical performance. Researchers were looking for ways to mimic or augment exercise benefits in people who can’t exercise, or not strenuously. Dyck and his team plan a clinical trial and hope to begin recruiting patients for the study within the next six months.

Could the research ultimately result in a pill that would help average gym rats get more gain for their pain?

Hard to tell just yet. Some studies have questioned the benefits of resveratrol, indicating that it may actually lessen the rewards of exercise. A research team led by Dr. Brendon Gurd of the School of Kinesiology and Health Studies at another Canadian school, Queen’s University, looked at 16 men who engaged in less than three hours of aerobic exercise per week at the time of enrollment and asked them to perform high-intensity interval training three times a week for four weeks. The men got either a placebo or resveratrol supplements. In the findings, published in the journal Applied Physiology, Nutrition and Metabolism, the team reported that the physical fitness of the men who received resveratrol supplements did not improve. But those who got the placebo saw some benefits associated with physical activity.

That is “an important study that highlights that translation from rats to humans is not as direct as we had hoped,” Dyck said. “The time of day administration of resveratrol, fasting or fed supplementation, plasma concentrations of resveratrol needed, etc., are all areas that we need to focus on to ensure that the lack of effect in humans is not simply related to dosing.”

In a way, it’s not surprising confusion reigns over popular interpretations of scientific alcohol research. It seems every week we’re confronted by a new study finding that alcohol will kill you/make you immortal.

And that’s not new. In a report, “Alcohol: Balancing Risks and Benefits,” posted on the Harvard School of Public Health website, the authors note alcohol’s dual nature has been prompting debate for thousands of years.

Echoing the words of 16th century physician Paracelsus, Alcohol, declared the report, is “both a tonic and a poison. The difference lies mostly in the dose.”