Our wine-loving lifestyle is under attack. I’m not talking about the archaic 3-tier distribution system that stifles our ability to purchase cult and boutique beauties directly (or easily). Nor is it the wicked economy that’s delivering serious hardship to our winegrowers and winemakers. No, the enemy is much smaller and more difficult to see, so much that you might not even know the days of your favorite wine might just be numbered.

When winding through the back roads of the northern California wine country in autumn, admiring the vibrant vineyard foliage, one cannot help but feel engaged with nature, warmed by internal peace and balance as the air becomes crisp following another (hopefully) successful harvest season. These comforting, picturesque scenes and vibes are part of the wine country experience. But, zooming-in closer to the vibrant canopy, one finds tiny invaders infiltrating the beautiful countryside, applying pressure to grapes and threatening our desire to enjoy this wine we know and love. Winegrowers are fighting back with all they’ve got to keep wine consumers happy and their businesses successful, while keeping the environment and the vineyard fruit safe. The enemy? Vineyard diseases and pests like Pierce’s Disease, leafroll virus, and the apple moth. 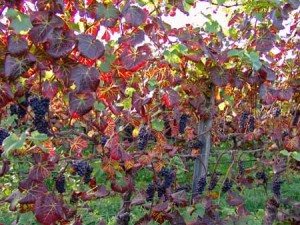 Looking at a photo of vibrant red foliage, you may not realize you might be seeing a diseased vineyard. According to Kristin Lowe,  Ph.D., instructor in Genetics at UC-Davis, approximately 50% of vineyards in the Napa area are currently infected with leafroll virus, though that percentage is expected to improve as winegrowers continue replanting infected vineyards. There are eight strains of this virus, and they lead to delayed fruit maturity, loss of color, and reduced yields. The virus is spread by the mealybug insect.

The decision to replant is a difficult one for a grower, especially if the vineyard is currently a significant source for a successful wine. The rate of decline will vary based on rootstock, cultivar, and current level of infection in the vineyard. Michael Brajkovich of Kumeu River winery in New Zealand confides that although his prized Mate’s vineyard has leafroll virus, it is still pumping out high quality fruit. Unfortunately, he knows he will reach a point when those vines will need to be pulled and replanted on rootstock that’s resistant to the virus. 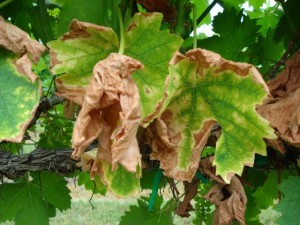 One of the more well-known vineyard pests is the glassy-winged sharpshooter (GWSS), a large flying leafhopper insect responsible for the spread of Pierce’s Disease (PD). This disease is caused by a bacterium called Xylella fastidiosa, and it kills vines quickly, often within two years. Pressure from PD is highest in the southeastern part of the U.S., but the damage is more prevalent and is rapidly spreading throughout California. Thankfully, government agencies and other organizations are spending about $20 million to contain this insect, and recent research has revealed a solution, currently only in the field trial stage, that prevents the bacteria from growing by breeding resistance into the grapevines themselves.  The winegrowers assign an assessment per $1,000 of their crop value, which is recommended by the PD/GWSS Board to the California Department of Food and Agriculture, to continue such research. Unfortunately, that amount has dropped from $3 per $1,000 in 2001 down to $1 in 2009. (For more information on Pierce’s Disease, research and progress, go to http://www.piercesdisease.org/.) 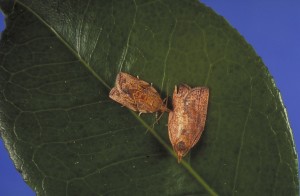 Winemakers also must grapple with infestation by another vineyard pest, the light brown apple moth. Originally from Australia, it feeds on the foliage of fruit-trees, citrus, and grapevines, and has been found in Carneros, American Canyon, the City of Napa and its surrounding area, Yountville, and St Helena. Roughly one-fifth of wine grapes in Sonoma County are also under quarantine. This infestation has led to an increased quarantine area in 2009 of about 3,473 square miles in California. State and federal regulations regarding quarantines prohibit the transfer of fruit or other plant material within or from the specified area until they are certified pest-free by an official. A sterile insect technology, in which male moths are sterilized and released into infected areas to eliminate larvae production, is being developed in Napa and will be tested soon. 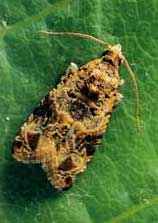 The good news is that no discernible damage to vineyards in Napa County has yet been detected, but Federal regulations still require the quarantines. The bad news, however, is that the more destructive and less controllable European grapevine moth has just been discovered in the area, requiring a quarantine of 162 square miles of land in Napa, Sonoma, and Solano counties (see this map of quarantine area from Wines & Vines). Unlike the leaf-eating apple moth, the more voracious European grapevine moth tunnels into the fruit directly, introducing rot and fungus that lead to severe crop devastation. It has been reported that several vineyard’s harvests have been damaged by this pest, and one has already been completely destroyed.

These are just a few of the ongoing challenges facing winegrowers, and it sometimes seems that with every victory against a would-be attacker, another is discovered. But along with the scary data, quarantines, and withering vines, there is some good news, too. Many of the efforts in identifying and eradicating these pests and diseases are working. Late last year the Foothill Farms area in Sacramento County was declared free of glassy-winged sharpshooters, for example, reducing the affected areas to 12 counties in California. Additionally, the light brown apple moth was recently eliminated in Santa Barbara County.

So let us not forget that great wine always starts in the vineyard—which on closer inspection might seem more battlefield than picturesque countryside. It is here that California winegrowers work on daily basis to ensure we can enjoy the pleasures of the glass. 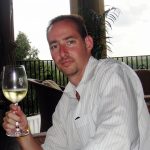