Brimstone in the Bottle: Sulfur Compounds in Wine 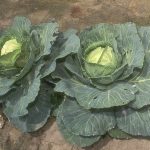