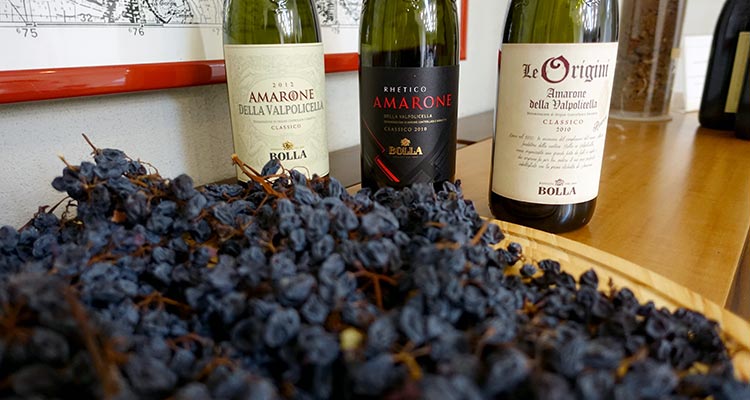 I went to Valpolicella to learn about the region’s most expensive, highly regarded wine: Amarone. Made from dried grapes, this wine is hotter than ever and the Italian press now gathers annually to taste new Amarone releases. I tagged along, hoping to discover what I have been missing.

Instead, I learned that my tastes are exactly backwards of a normal wine drinker. It’s kind of devastating.

Then I looked into the history of the region and felt better about the fact that, I shudder to admit … In Valpolicella, I like the cheapest wines best. There! I said it! These inexpensive wines are probably the best they’ve ever been, but everybody rushes past them on their way to the heavyweights.

The best local grape in this region near Verona – home of the fictional Romeo and Juliet – is Corvina, which produces a light-bodied, fresh-tasting red. Seeking a richer wine, locals partially dried the grapes before fermenting to produce Recioto, a sweet wine with residual sugar. As the region is not wealthy (there are still sharecroppers, believe it or not), workers would come in from the fields for a piece of salami and a glass of Recioto.

The main wine, though, was called Valpolicella. It was light and simple and, because farmers grew enormous crops of grapes, bland. I drank it in Japan when I was near-broke because it was cheap and red: those were its sole selling points. It’s no wonder vintners did what they could to add body.

There’s going to be a different side to this story, but let’s talk about Amarone first.
One day a vintner mistakenly let his Recioto ferment all the way dry, and Amarone (from “amaro,” which means bitter) was born. This is ironic today, because most Amarones are noticeably sweet. This is inevitable; few yeasts can stay alive and keep fermenting as alcohol crests over 16 percent, which has become commonplace today. Amarone was always designed to be rich, but it wasn’t this high in alcohol in the 1990s. With rising alcohol has come rising popularity.

Amarone is the greatest example of winemaking adding value: taking inherently cheap grapes and making an expensive bottle. Drying the grapes adds risk. Organic and biodynamic grapes are sadly rare in Valpolicella because, vintners say, the risk of out-of-control fungus is too high. But drying the grapes definitely gives the wines more power, and power is still fashionable.

In order to conserve ingredients and add even more value, vintners came up with the idea to reuse the leftover grape skins from pressing Amarone. They dump perfectly good Valpolicella wine on top of the skins and allow it to re-ferment to create Ripasso. 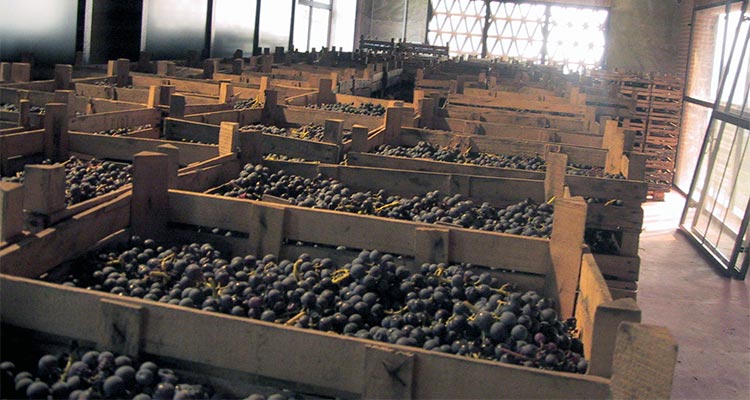 So there you have the hierarchy of wines in the region: Valpolicella at the bottom, Ripasso in the middle (many sommeliers call it a “baby Amarone,” though vintners don’t like that term) and Amarone at the top. Recioto is still made, but it’s a minor wine now. They’re priced by production risk as well as demand, but not by production volume.

In 2012, Ripasso passed Valpolicella to become the most-produced wine in the region. This popularity is largely due to that “baby Amarone” designation, because, while the quality is highly variable, it remains quite affordable compared to its big brother.

So, nobody loves Valpolicella anymore and, ironically, that’s why it’s better than ever.

Vintners don’t need to make their money by selling truckloads of Valpolicella. Moreover, if they have two batches, and one is a little light, that batch is actually better suited to being beefed up into Ripasso.

There’s no economic reason to even sell Valpolicella now, unless the winery likes it and is trying to make a good one. This has never been true before in the history of the region.

Several winemakers in the region told me – while dining with all their wines open in front of them – that they like Valpolicella best with meals. Of course they do! They tend to be fruity, light bodied, easy-quaffing wines, whereas Amarone really doesn’t go with any food at all. If you like wine as a cocktail, and many Americans do, Amarone is great.

But Valpolicella is cheaper. And it’s the original, classic wine of the region. So, if you see a Valpolicella in your local wine shop, give it a shot. Don’t expect too much: expectations are for Amarone. Valpolicella is for dinner.