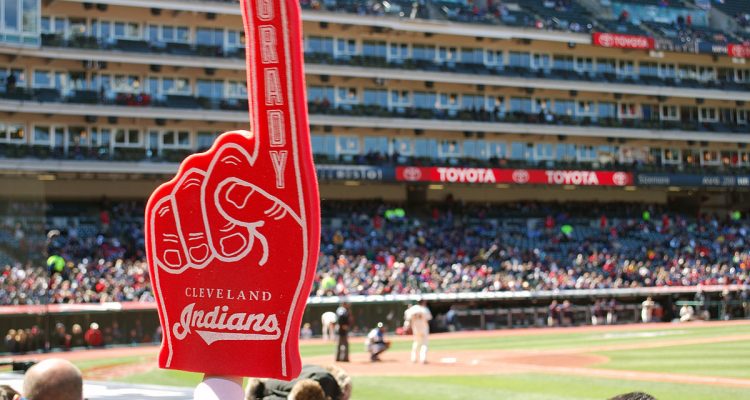 Wine, Sports, and the Guilt of Passion in a World of War and Bad News

If you care deeply about wine, and you also read the news, it’s difficult to avoid at least a bit of embarrassment about the former. Last week I found myself sketching out a future visit to Clape, a stalwart producer of wine in the Northern Rhône’s Cornas, and trying to determine how much I could reasonably afford to buy. Then I opened a story with an image of a dead Syrian toddler, his abdomen blown open by a bomb.

My vacation planning also targets Piedmont; I have no plans to offer my time in a humanitarian effort in, say, Sudan. I could stay home for a week in summer of 2015 and donate the money I would have spent to a UN relief effort. But I won’t.

There is something positively vulgar about a vigorous interest in wine in 2014, but can’t we say the same about sports? How much energy do sports fans put into their teams? What if we transferred our obsession with World Cup football into efforts to actually assist the many footballing nations in need of relief or reform? For every football fan who read up on the Nigerian squad, shouldn’t there have been 100 people who read about the hundreds of kidnapped girls? Shouldn’t we be concerned that most of us would believe that Boko Haram is a footballing prodigy?

I’ve wrestled with this idea before. But this time, I am moved by the words of my nation’s greatest sportswriter. Roger Angell is 93, but he wrote the words to which I’m referring when he was 55. I’d never read them until just moments ago. I sat at my computer with my back to my wife, who was reading in bed. I nearly convulsed, and had to work hard to obscure my tears.

Why am I crying? Jesus, I don’t even cry when I read stories of dead kids in the Middle East. Not anymore, anyway. It’s not that the stories don’t shake me; to the contrary, I lie in bed and wonder how I deserve such comfort when others only know fear and uncertainty. But this world is so much a mess that it requires something otherworldly to shock anymore. We have enough food to feed everyone; millions starve. We have the infrastructure to offer shelter for all; millions suffer the elements. What excuse do we have anymore? And for those of us in luxury, how can we waste time debating point scores and regional typicity and batting stances and the tedium of instant replay?

I’m crying because I’ve alighted upon the rare moment when someone else has found the perfect description for a sentiment I’ve held, yet failed repeatedly to express cogently. Roger Angell did just that in 1975. He was trying to explain why the hell any grown man or woman should care about sports. Fittingly, he opens with a concession, only to follow with a gorgeous defense. And while this is about sports, I realized it could easily be about wine:

It is foolish and childish, on the face of it, to affiliate ourselves with anything so insignificant and patently contrived and commercially exploitative as a professional sports team, and the amused superiority and icy scorn that the non-fan directs at the sports nut (I know this look—I know it by heart) is understandable and almost unanswerable. Almost. What is left out of this calculation, it seems to me, is the business of caring—caring deeply and passionately, really caring—which is a capacity or an emotion that has almost gone out of our lives. And so it seems possible that we have come to a time when it no longer matters so much what the caring is about, how frail or foolish is the object of that concern, as long as the feeling itself can be saved. Naïveté—the infantile and ignoble joy that sends a grown man or woman to dancing and shouting with joy in the middle of the night over the haphazardous flight of a distant ball—seems a small price to pay for such a gift.

The passage is perfect in the context of 1975. But in 2014, more explanation is required. There isn’t time, one might argue, for the excitement that sports or wine or whatever can produce. And in many ways, that’s true: there isn’t.

But there must be, which is what Angell was explaining. Because you can not contrive the kind of caring that comes with clasping your hands together, hoping for a line drive to the gap or a perfectly placed header. You either do, or you don’t. Neither can you contrive the kind of excitement you feel when you open a bottle that connects you to a person or place or time, or maybe all of those things. That’s magic, in the real and adult sense, and it requires no apology. Human beings need to experience this kind of emotion. When we consent to punching clocks and paying bills and barely lifting our noses, we become deadened to the beauty of this world. And while I’ve spent enough ink admonishing the human race for its failings, I can’t deny the beauty that we’re capable of producing. It might be in a wine glass, or a jump shot, or a free kick. The legitimate exhilaration that we feel in the presence of those things is vital to our condition.

It is what gives us the energy to focus on the important things, for lack of better words. It is the distraction to the daily news, the reminder that the world we want is partially in front of us, and worth striving for. Every damn child should grow up in a world with a chance to exult in the connection that food and wine can bring, or the community that forms on a football-mad street. Every child deserves to consider rain as drops of water, not heavy ordnance.

So wine and sports connect us, and they also distract us, and allow us to invest emotion on a subject that does not potentially end in human suffering or death. Now, consider the president. Not this one specifically, either: every president. It is a time-honored tradition for American political apparatchiks to bitch that the president of the wrong party is playing too much golf. Or taking too much vacation that involves sports. George W. Bush spent too much time away from Washington. Barack Obama spends too much time improving his handicap, caring about chips and putts. When Bush went to baseball games and cheered on the Rangers, he was lampooned. When Obama offers his NCAA picks, he is attacked as focusing on the wrong things.

Wrong. The president has his finger on a nuclear arsenal. I want him or her playing more golf, not less. I want him or her occasionally pouring some energy into a pennant chase, just to lighten the stress —if only for a moment— of having to confront true life-and-death scenarios.

Most of us will never run a country, and thank goodness. But we can contribute to important causes: hunger, medicine, education, war relief. We also need passions that can connect us to our brothers and sisters, both in our hometowns and around the world. Tonight I can’t wait to open a bottle of Clairette from a French estate I visited last year. Tomorrow I’ll spend a few minutes hoping Carlos Santana can keep my Tribe in the American League playoff hunt. I’ll also spend time thinking about how I can help people who need it far more than I do. These are different kinds of caring, different kinds of connection, and all of it helps make us alive.

Roger Angell got it almost entirely right 39 years ago. Today, his notion of the value of caring —even about sports— remains vital, but with the added layer of connection. We don’t watch sports or think about wine just to feel a sense of vitality; we do it because we are desperate for our passion to produce connection. You can talk to someone on the other side of the world by pressing a button, and yet the human race is, in many ways, less connected than ever. We are divided by religion and tribe and race and border. So the next time you jump out of your seat to cheer a long fly ball, you’ll probably follow it by slapping a fellow fan’s hand — maybe a stranger’s hand. And the next time you feel the excitement of walking into a far-flung wine estate, you might stride alongside a fellow enthusiast you’ve never met. It’s more important than ever to find something about which to care, and even better when it produces connection.