Where Wine Fears to Tread: Pairing Craft Beer with Food

Wine is a wonderful drink, but beer has a far greater range of flavor. It can be 4% or 14%, and it can be caramelized, roasted, smoked, aged in wood or flavored with spices. This broad variety is the basis of beer’s superior pairing abilities. – Garrett Oliver

Numerous ‘classic matches,’ combinations of wine and food are simply unbeatable: Sauvignon Blanc and goat cheese, Champagne and caviar or Pinot Noir and duck. But there are many foods that simply don’t pair well with wine: hot chili and mustard flavors tend to be ruinous to wine, bitter greens like asparagus and artichokes are difficult at best and even the most well-known wine friendly foods, cheese, isn’t all that wine friendly after all.

It’s time for those who are serious about food—chefs, writers, sommeliers and most importantly, eaters and drinkers—to wake up and smell the hop flowers. Beer is just as serious a beverage as wine is, it can rival wine’s complexities and nuances and most importantly has a serious role to play at the dinner table, especially in filling the spots that wine has difficulty with. Here, we are not talking about mass produced pale lager but traditionally brewed craft beer in its multiplicity of styles, from every corner of America and the world.

Beer fills the gaps left by wine because it relies on very different flavor combinations. Most wine (other than Sherry and some crazy-arse-oxydised-to-hell styles) lacks umami—that 5th taste that we are beginning to prize. Most bottle or cask conditioned ales have some degree of umami. Belgian Abbey beers rely on these flavors for almost all of their character, making them especially suitable to other umami rich foods, especially cheese and seafood. Why else do you think Belgians like mussels so much? Mussels go with their beer!

Beer also has bitterness abounding, from of hops. And in the case of New World Pilsners and several styles of Pale Ales, usually more hops—enough to overcome the most bitter flavors in foods, rather than be overwhelmed as most wines are, white or red.

Bitterness is also produced when roasting barley or barley malt to a very dark color, which is present particularly in stouts, porters and schwarzbier (black lagers). They  have a bitterness similar to that found in coffee and chocolate, making these beers a natural partner with, you guessed it, chocolate desserts—particularly considering they tend to be much less sweet and usually a half to a third of the alcoholic weight of those traditional chocolate and wine matches: fortified wines like Port, PX Sherry as well as Late Harvest Zin and Rutherglen Muscat.

Spicy food tends to kill wine—wine acts in the same way as water and does little to numb the heat making the wine unpleasant at best. Beer however—especially something like a crisp all malt lager acts in the same way as milk—soothes the taste buds, refreshing the palate and getting your mouth ready for that next hit of masochistic heat.

Finally: cheese. Gotta love it. But other than a few exceptions it rarely pairs well with anything but the sweetest of wines. Beer can have the richness of sweet wines without the sweetness and alcoholic kick.  For example, the flavours of a Wisenbock—a strong clove and banana scented German wheat beer (around 8% alcohol)—can offset and balance the sweaty socks richness of even the stinkiest washed rind cheese. Rich blues like Roquefort, Gorgonzola and Stilton combined with a hoppy Barley Wine can be magic! Where we usually use sweet, high acid wines to cut through the sharpness of the cheese, with beer it works the other way: the sharpness of the cheese cutting through the richness of the beer without leaving any cloying sweetness.

Here are a few of my top beer and food matches

One of my favorite American craft beers, this beer has a lovely crisp, clean malt body with spicy, grassy fresh hop notes that just slices through the bitterness of asparagus and other similar vegetables. It is a testament to beer and food pairing, earning its name by being selected by the Iron Chef Masaharu Morimoto for use in his restaurant.

This is an incredibly rich, smooth and clean strong porter with lovely espresso and chocolate notes and a clean, refreshing bitter hop finish.

Prepare to have your block busted! This is a beer that straddles the boundary between Imperial (Strong) IPA and Barley wine—it has lovely rich fruitcake and caramel malt body juxtaposed with some of the most ridiculous hopping known to man which is responsible for bright citrus and grass notes, intense bitterness and floral aromatics. 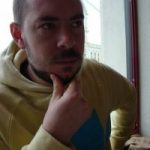