There’s More to Color Than Money 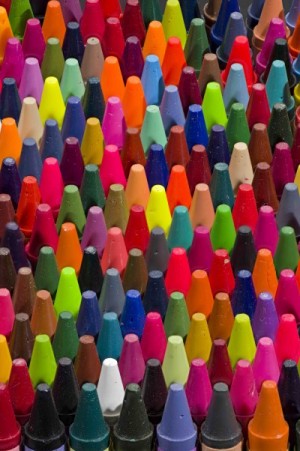 Wine is by its very nature both sensual and subjective, as are all things that appeal principally to the senses. A painting may be in perfect proportion, but still not appealing to the eye. A painting may be appealing to one person’s eye but not another’s. My best friend loves pad thai, and I think it tastes like dog food. A bottle of Washington Syrah that I shared amongst friends last week made half of the room swoon with pleasure and the other half swoon with disgust. Everyone’s senses are a bit different.

To what senses does wine appeal? First and foremost smell and taste, certainly, but does wine not also please the eye and even the ear? Some folks avoid screw caps because they enjoy the sound of a natural cork being pulled from a bottle; for them, the sensual pleasure of that sound outweighs the risk of a corked wine. The sound of wine being poured into your favorite wine glasses, the chime of glasses raised in a toast…these, too, are part of the experience of drinking. For me – and, dare I say, for most people, visual appeal lies midway between smell/taste and sound in importance vis-à-vis wine. I enjoy the liquid glow – be it straw, garnet, or vermillion – of a full glass held up to candlelight. Wine is pretty.

A crucial and heartbreaking scene in the movie ”Bottleshock” depicts Jim Barrett of Chateau Montelena sitting in his cellar amongst bottles of carefully tended Chardonnay which have, mysteriously, turned from the expected pale gold to a disgusting shade of brown. The wine still tastes as magnificent as it ever has, but the color is off. No matter how wonderful it tastes, Mr. Barrett knows that a brown Chardonnay will never sell. He weeps as he pours bottle after bottle on the ground in anguish.

One of my little-girl science books, teaching about the senses, suggested using food coloring to dye foods like cauliflower and pancakes unnatural shades of blue or purple or green. Did the food taste different in its colored guises? Strictly speaking, no. Was it as appealing? Emphatically no. Any good cook knows that a meal provokes far more pleasure arranged attractively and with a balance of form and color than when its elements are piled up with no attention to presentation. Wine is no different. Color, if subordinate to aroma and flavor, is important to the enjoyment of wine. In fact, I’d say that about 15% of my enjoyment of wine is visual. Is that perhaps why James Suckling awards 15 of his 100 points in judging a wine to its color? 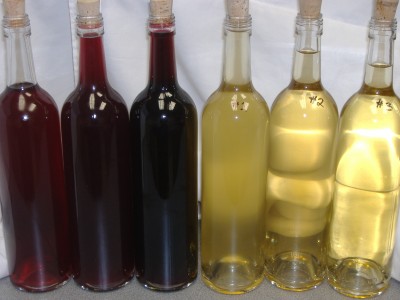 Ample ways of objectively measuring wine quality exist. Analytical chemists have produced “electric noses” and “electric tongues” that quantify various compounds that contribute to wine aroma and flavor, and spectrophotometers can objectively measure wine color. Should wine reviews replace their qualitative notes with the very quantitative, objective data of an electric nose and tongue? Lists of anthocyanins and sulfides in milligrams or milliequivalents instead of comments about fruit and flowers? Even though quantitative analyses are informative to a properly educated observer (setting aside how many wine consumers are willing or able to become so properly educated), but I doubt that those long lists of numbers would be of much help in making purchase decisions. The output of a spectrophotometer – a set of numbers – tells you very little about how a wine will look in your glass.

And what if some reviewers prefer opaque or dark-colored (red) wines? Many (of the same) reviewers are also well known for their preference for wines that are big, fruit-forward, alcoholic—opaque in flavor, if you will. Consumers may not agree, but can still glean useful information from a descriptive review. If you prefer limpid, transparent reds, you might seek out those Cabernets of which an opaque-loving reviewer thought less highly. And if your enjoyment of wine is entirely unrelated to color, then disregard the color-related portion of a review.

Though I disagree with asking reviewers to ignore color, asking reviewers to judge color in good or at least consistent lighting is another matter entirely. Most wines look unappetizingly brown if held against the background of a darkly paneled wall in dim firelight. Similarly, all wine seems vinegary and putrid when tasted immediately after brushing one’s teeth. We expect that reviewers take reasonable precautions against masking or marring a wine’s flavor by avoiding toothpaste, tobacco, and such prior to tasting. It is equally reasonable to expect that judgment of wine color will take place in neutral lighting above a white background, or at least as close to this ideal as reasonably possible. On the other hand, using a Diamond Color Grading lamp or other such thing is not unreasonable; it is unnecessary. After all, while serious wine tasting should ideally occur in an environment free of extraneous odors and distractions, it doesn’t occur exclusively in professional sensory testing booths. Wine tasting is subjective, wine tasting is imperfect, and wine tasting is therefore blessedly accessible even to amateurs without expensive equipment or highfalutin intentions.

Mr. Dawson may derive no pleasure from the appearance of the wine he enjoys. If so, I suggest that he purchase a set of perfectly opaque, black wine glasses and, perhaps, try accompanying his so-cloaked libation with a plate of blue-tinted cauliflower. I, for one, will continue to delight in viewing my world through rosé-, or white-, or red-filled glasses. À chacun son goȗt, et à chacun son couleur.