If sommeliers want to win their 30-year war with critics, they must harness the power of validation.

Before the rise of Robert Parker, sommeliers had far more power in deciding what wines Americans drank. Many Americans hated and feared them. That’s a major reason Parker became so powerful: he freed people from relying on the supercilious, judgmental old man of their restaurant nightmares.

I felt this way myself. A few sommelier encounters I had in the ’90s weren’t pleasant. I tried to learn more about wine so I didn’t have to ask for help, and learning more about wine meant reading  Parker. I’m sure there were good sommeliers around, but where I ordered wine, nobody made me feel excited, much less good, about it. 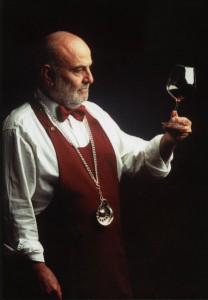 Restaurant service has changed dramatically. No longer are fine diners most likely to be older, conservative, and seeking formality. High-end diners now want service that puts them at ease, and friendlier (and often, younger) sommeliers play a big role.

Sommeliers like different wines than Parker likes; this is not news. I attend a fair amount of events for sommeliers, and as a group, they detest the Wine Advocate and Wine Spectator. The ratings from those publications are done without considering food matching, which makes their judgment different from that of sommeliers. Beyond that, historically, sommeliers and mainstream wine media are natural enemies. The 100-point scale basically arose so that people wouldn’t have to rely on sommeliers.
The hatred is mutual. Parker posted this about a Philadelphia restaurant:

“I loved everything about this place…no precious sommelier trying to sell us some teeth enamel removing wine with acid levels close to toxic, made by some sheep farmer on the north side of his 4,000-foot elevation vineyard picked two months before ripeness, and made from a grape better fed to wild boar than the human species….we all know the type-saving the world from drinking good wine in the name of vinofreakism…”

Now, with Parker pulling back, anecdotal reports abound of his influence waning. Sommeliers seem to be on the verge of winning their 30-year war with critics*. There are more diners than ever asking for lower alcohol wines that will go with their meal.
* I count as a critic, but in this war I’m a double agent. Don’t tell anyone!

Though it’s an old profession, sommeliers are a new and invigorated force in the wine world, and as a group are approaching the equal of the combined power of Advocate and Spectator. But they’re not there yet, in large part because they rarely work as a group to promote the same wines in the way the Advocate and Spectator independently yet consistently reward high-alcohol, low-acid wines.   Sommeliers follow hip trends, which is great if you like drinking something different all the time. But this weakens their overall power for a couple of reasons. First, not as many diners seek variety in wine as seek reliable quality. Second, promoting Gruner Veltliner one month, Riesling the next and Albariño the next doesn’t have the same long-term effect on the public consciousness as giving the same type of wine (Napa Cab!) 95 points every year.

In January, Wine Spectator‘s Tim Fish posted an odd “peace offering” of a story in which he felt the need to tell his magazine’s readers what a sommelier’s job is. Imagine that: Wine Spectator believes its readers need a definition. 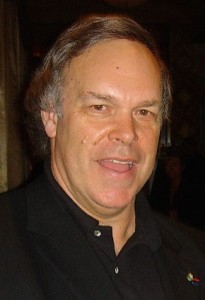 Fish and I apparently look for different things from sommeliers, as he writes, “There seems to be an intercollegiate competition to see which sommelier can champion the most obscure region or wine. It’s like a bet: ‘I’ll see your Spanish Verdejo and raise you three Scheurebes.’ ” Me: bring on the Scheurebe, at least by the glass. By the bottle I might play it safe with the Rueda.

But Fish’s conclusion reminds me of my own bad experiences in the ’90s that drove me — a potential devotee of sommelier wines — to read Parker and Spectator in the first place.
Fish: “If it irks you that people want Silver Oak Cabernet or Kosta Browne Pinot Noir, maybe you need a new line of work. Guidance and advice is good, but it’s your job to serve the customer, not “fix” them.”

Sommeliers can win their war with critics, but Fish is right, “fixing” customers is a delicate business. That column was an outlier; usually Advocate and Spectator don’t come across as looking down on their audience. Parker’s strength as a writer has always been his enthusiasm, and the Spectator has professional editors who look out for that sort of thing. I don’t feel my taste questioned when I’m reading them.

There’s a wine bar here in San Francisco — Terroir — where I once ordered a wine from their short by-the-glass list, and was insulted by the bartender for my lack of taste. For ordering a wine the bar sells. Now, I’m a knowledgeable enough drinker to realize that guy was a jerk, and not hold it against the next sommelier I encounter.

But one thing I have learned in many years as a critic is that having faith in one’s own taste is surprisingly rare. Most people seek reassurance. When I worked at a major newspaper, readers frequently asked me what I thought of a wine they liked: Not a new release they were considering buying, but one they already had consumed. My opinion shouldn’t matter, but people seek validation.

The Spectator and Advocate provide potential validation every issue. This wine is 95 points, so if I like it, I have good taste. If I don’t like it, maybe the problem is me.
Sommeliers are making huge inroads into challenging this assumption. They are turning the tide in their war on critics. It’s winnable. But they need to constantly be aware that validation is a major part of the service they provide. “An excellent choice, sir,” is a great thing to say — even when it isn’t true.