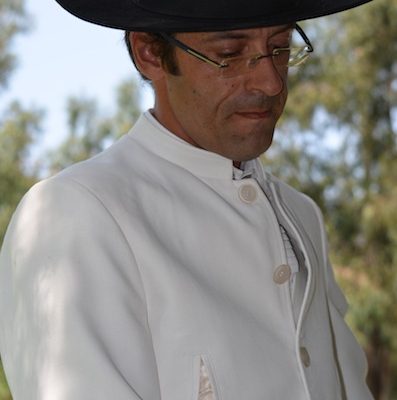 Five Experiences of Portugal, with a Side of Wine

Today, Portugal’s extremely photogenic wine regions are being affected by a dizzying whirr of circumstances beyond their control, both political and financial. Currently, vineyards and winemaking exist in the midst of hundreds of years of fine traditions from music to horse breeding, with amazing gardens and upscale hotels punctuating the vineyards.  Fortunately for wine lovers, these circumstances are helping to deepen the appreciation of what it takes to bring a bottle of Portuguese wine to the table.

Imports of Portuguese table wine are up by one-third since 2006, according to Impact Databank, and reached the one-million bottle mark last year.  Here are five experiences of Portugal that will enhance your next taste.

Portugal’s tradition of fado music dates back hundreds of years, as does the mournful sentiment of resignation and longing that it describes for the Portuguese working class. In late June of this year, on a breezy, sunny day in the vineyards of Quinto do Vallado, a vineyard crew pruned the vines as they braced themselves against the 65-degree slopes of the Douro River valley.

Maria Julia, one member of the crew, sang fado that was originally recorded by the popular and legendary fadista Amália Rodrigues. The audio captured here is an echo of Rodrigues that still resonates with the working class today: within days of this recording, Portugal’s Finance Minster had resigned, government debt had fallen sharply on the trading floor, and public support for that country’s austerity measures was in decline.

Experience Two: Vistas and Travel on the Douro River

The steep slopes of the Douro River valley offer stunning perspectives onto some of the world’s most dramatic vineyard landscapes. Whether looking down from a high vantage point, or looking up from a boat on the river, the Douro stakes its claim for sculpting impressive and unforgiving vistas.

Part folly, part nature preserve. Part indigenous Portugal, part adopted English style. All of these influences are at play in the surprisingly manicured and elaborate gardens planted on various wine estates throughout Portugal. For example, the gardens at the Palácio do Bussaco have continued to be a highlight of the estate since the castle was built for the last King of Portugal in 1885; the gardens just outside the walls of Paço dos Cunhas in the Dão region are still frequented by the family’s resident, elderly contessa; and the gardens are a cornerstone for the new enotourism plan at Quinta da Aveleda in the Vinhos Verdes region, according to Aveleda’s Francesco Guedes.

“All of our visits are now guided tours,” Guedes said. “Guests can stop either on their way to Porto, or on their way to the Duoro.” Their new plan includes a visitor center and a restaurant, but their current traffic is already robust. “We see from 12 to 15,000 tourists a year,” Guedes estimates. “Most groups come from England, and they visit the gardens.”

The most striking feature of the winery at Quinta do Portal may be its skin, or exterior walls: they’re lined with cork. That was the choice of architect Siza Vieira, one of two Portuguese winners of the Pritzker prize. It’s both an obvious choice and an elegant solution, which is a notable combination on several other projects at wineries throughout the region.

The water of the infinity pool at Quinta do Crasto, for example, perches over the water of the Douro River; its horizontal platform nestles into the near-verticality of the natural landscape, offering a contrast of materials that’s as dramatic as the pitch of the valley slopes.

Quinto do Casal Branco, in Almerim, covers 1100 hectares with its winery, farm, and horse breeding and training facility. The estate has been in the aristocratic family of Dr José Lobo de Vasconcelos since 1775, and a pivotal moment in its history came 200 years later: under Salazar’s dictatorship in the mid-1970s, the lands of wealthy families were “nationalized.” In de Vasconcelos’ experience, that meant the land was occupied by the populace and exploited for its resources, then eventually returned to the original owners six or seven years later, albeit in a poorer condition. Most of the de Vasconcelos’ land was returned to them at that point, except for the last 600 hectares: they are still, more than 40 years later, negotiating with occupiers who have been there since 1975. The family’s Lusitano stud farm, in the meantime, has produced horses for dressage, bull fighting, and sports.

Cathy Huyghe is a wine journalist with a special interest in business and politics.