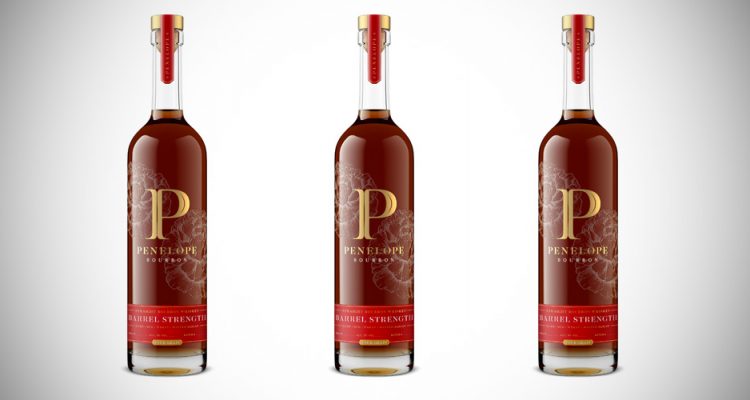 Penelope Bourbon: How to Create Your Own American Whiskey

Why does someone start a bourbon brand named Penelope Bourbon? Are you sitting at home in New Jersey, thrilled that you and your wife are going to finally have a baby, talking with your childhood best friend, and the subject of bourbon just happens to come up? Perhaps. And if so, what would your next step be (if your name is Mike Paladini)?

You’d drag your childhood friend (let’s call him Danny Polise) to a large bourbon distiller (let’s call it MGP) and empty out your wallets, enabling you to start tasting various whiskies and blending them to your complete satisfaction. Then you choose the types of barrels to age your bourbon. Yeah, that’s basically how Mike and Danny got started, as near as I can figure, from what they told me.

Then they go home and realize they need things like bottles and labels, and get busy with that. Outside of Mike’s house, peonies are blooming in profusion. His long-awaited baby daughter is born (a big deal!) and named Penelope. OK that’s the bottle design: etched glass peonies and big P for Penelope on the label.

Danny’s engineering expertise comes into play with the bottling plant specs. So that works. Suddenly, you own tens of thousands of bottles of your own custom whiskey. Now all you have to do is sell that bourbon. With no distribution contract in place, you put cases of whiskey in your trunk and head off to bars, restaurants, liquor shops, whatever you can think of. When you find an establishment where they like the taste and want to order a case of Penelope Bourbon, it’s the fastest delivery on record: five minutes from order to drop-off.

It really helps that you can wax enthusiastic about the bourbon because, after all, you created it yourself, and you really like it. Penelope Bourbon is a four-grain, three-mash bill Bourbon, which means it has corn, rye, wheat and barley, mixed in different proportions in three custom mash bills. To be called bourbon, the whiskey has to be at least 51% corn – though technically it doesn’t have to be from Kentucky.

The original, award-winning Penelope Four Grain Bourbon is fairly delicate, lighter than I would have expected, at 80 proof. Danny and Mike crafted it because “our own personal journey [with Bourbon] was starting at lower proof.” They wanted it to be simple, with florals and elements of sweet fruit, and a very smooth texture.

Branching out with different styles, Danny says they blend by asking each other, “Does this taste good to you?” because each enjoys different parts of the whiskey’s profile. Though for both, a rich creamy mouthfeel is important.

So far, Penelope Bourbon has six additional small-batch Bourbons, including two versions of Barrel Strength and a Light American Whiskey. As of March 2022, there’s the Architect’s Series made using French Oak barrel staves.

Also, they have a bourbon finished in French rosé barrels. Rosé wine is so popular, why not? They sent their barrel company on a mission to find different types of wine barrels. “We wanted a light touch, unlike some other wine-finished whiskies,” relates Mike. He and Danny chose the barrels that had contained 100% grenache wine, which makes the Bourbon feel “lower acid, higher fruit, like the rosé wine itself.” It has a creamy mouthfeel, with aromas and flavors that balance the wine’s fruit with the oak barrels’ contribution.

Why did they decide to concentrate on producing different small batch whiskies? “People are curious,” says Danny. “If they like the 80 proof, they’ll try the others. A lot of people tag them and they have the whole lineup. When we started this I never would have thought people would follow us on the journey. It makes you feel connected. ​​Talking to people about whiskey is kind of the best thing ever.”