Sparkling wine from Nova Scotia? There is actually some logic to it: crispness and high acidity are key to making a pleasant sparkling wine, and that is something that is easy to get when you’re winegrowing on the edge as one does in this Atlantic Canadian province. Winemaker Bruce Ewert, who started his career making award-winning sparkling wines in British Columbia, is consistently producing solid bubblies in his new eastern digs. A traditional method wine that won a gold medal at the 2010 Canadian Wine Awards, this is crisp and clean, with fine, lively bubbles, lovely apple and white fruit notes, mineral accents and great length. The most surprising thing about it is that it’s made from a hybrid called L’Acadie, a hardy grape that grows well in cold climates. If I told anyone this was a blanc de blanc from 100% chardonnay, nobody would be the wiser. 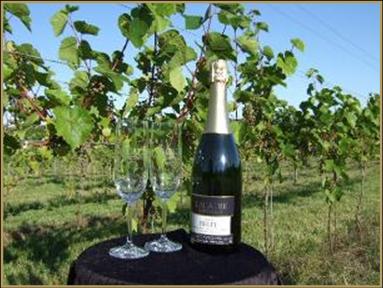 WHO: L’Acadie Vineyards
WHAT: L’Acadie
WHERE: Gaspereau Vallay, Nova Scotia
WHEN: 2007
HOW MUCH: $40 (Purchased at winery)