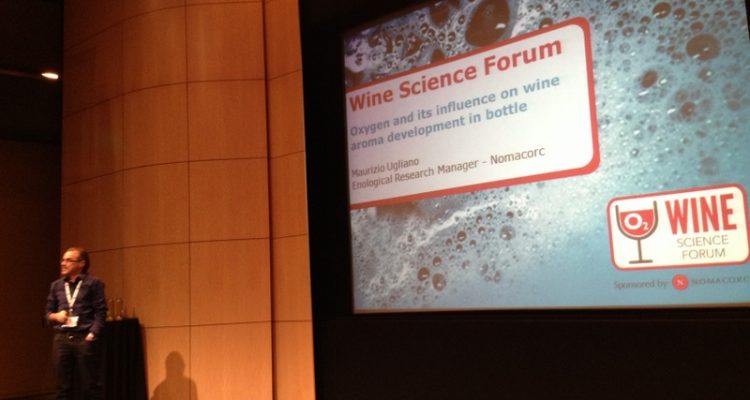 Should we be worried about companies sponsoring wine-related research? In a word: no.

I’m usually wary of research sponsored by private companies. Companies are likely to fund research designed to show their products in the best light. We know that privately-funded studies in medicine tend to have methodological issues, tend to publish results that benefit the sponsor company, and tend to withhold data that don’t make the company look good.

And yet, a substantial amount of wine-related research is funded by private companies, either in company-owned research facilities or via partnerships with universities and other public research institutions. I’ve participated in some of that research myself, privately sponsored but at a public university. I’d like to think that our experiments were fair-minded and appropriately unbiased by Chateau Ste. Michelle’s interests, even though they gave us the wine for our experiments and indirectly paid part of my salary through a research grant. Years of warnings and front-page scandals gnaw at the certainty of that hope, nevertheless. So what do we do?

I had occasion to think about this problem this past month when Nomacorc, the world’s largest manufacturer of synthetic cork-like closures, flew me down to Napa for a “Wine Science Forum” event on “Oxygen and Wine Quality: Turning Advanced Wine Oxygen Management Research into Practical Solutions.” The March 11th event was only the first of what’s intended to be an on-going series. I’m glad of that because there’s much more interesting research to be shared than can fit into a single afternoon, because not everyone lives in Napa, and because a tweak or two could make what was already a good experience significantly better. Given the panel of speakers, it really couldn’t have been anything but good; the panel consisted, in addition to Nomacorc’s two top staff scientists, of Andrew Waterhouse of the University of California at Davis (UC Davis) and James Kennedy, the department chair of viticulture and enology at Fresno State University. Therein was the strength of what Nomacorc did; we can question the words of scientists whose salaries Nomacorc pays, but profs from Davis and Fresno are unlikely to risk their professional reputations backing a company with data they don’t genuinely stand behind. You’ll see bits of what they shared in future articles.

Nomacorc didn’t try to hide their sponsorship of the event. Quite the opposite; their vice-president of marketing and innovation gave opening remarks which consisted of perfectly transparent advertising for Nomacorc’s products. It honestly made me squirm a bit, though I was far, far happier that Nomacorc’s advertising was obvious and upfront rather than attempting to hide backstage. Disclosure is the game in science and, as several recent cases have demonstrated (debacles related to Natalie McLean, Robert Parker, and James Suckling have recently graced this site), disclosure is the game in wine writing, too.

In an ideal world – ideal by the standards of Enlightenment philosophers who believed that we have direct and unmediated access to the Truth of how the physical world works – we wouldn’t have to worry about who funded scientific research. Or, rather, we’d only have to worry about scientists lying and cheating, which I’ll grant is a significant problem given the pressures of staying funded in a hypercompetitive industry. But for honest scientists, funding sources shouldn’t make the least difference in how the data turn out. The data don’t care whose money pays.

Maybe some folks reading this are still under the impression that scientists are objective, that they simply discover the truth that is out there and serve it up for human consumption in the form of hard data. It’s just not true. Scientists aren’t special. Like everyone else, we always, necessarily filter our sensory experience – including the way we perceive the output of seemingly objective scientific instruments – through our physical capacities, our mental acumens, our psychological predispositions… In other words, what is found depends a whole lot on who is doing the looking.

Publishing a scientific article is never just about listing numbers and explaining how you got them. First, you have to decide which of your numbers accurately represent reality and which are mistakes. Which numbers you throw out – and how many times you repeat the experiment to get the majority of numbers to turn out “right” – has a lot to do with what you expect (or want) to see. Then there’s the relationships you draw amongst the numbers – where, exactly, are you going to put that line on your graph? – and the story you tell to explain it all. Scientific articles are stories. The scientist-story teller has to decide where the story is, what to include and what to leave out, the most desirable order of things, and what the story means in the end. Our scientific publishing system means that scientists are always pressured to find positive results, since negative results are rarely publishable.

When a study is privately funded, there may be additional pressures to find results that make the company happy. On the other hand, there may be more space for negative results – “no, changing the color of the bottle doesn’t affect tannin development at all” – than with government-sponsored research, where getting your next grant depends on having positive and published findings, because those negative results are likely going to be useful to the company in any case. Government agencies want proof that they’re spending taxpayer money wisely in the form of positive, publishable results. Companies are generally willing to take higher risks on research that looks likely to turn a profit in the end.

So, in the end, the game is still about disclosure. Nomacorc is doing it right. Their research partnerships are easy to find on their website. Both their staff scientists (Ugliano and Vidal have both published recently) and the folks with whom they collaborate publish in peer-reviewed journals, which means that other scientists (who probably don’t have attachments to Nomacorc) have to vouch for the reasonableness of their research, and their articles mention Nomacorc sponsorship. Nomacorc collaborates with top-notch researchers and research institutions around the world – UC Davis in California, the Geisenheim Institute in Germany, the Australian Wine Research Institute, the Centro de Aromas of the Pontificia Universidad Catolica de Chile, and the French Institut National de la Recherche Agronomique (INRA) at Montpelier.

The story is more complicated than letting people know what you’re doing, of course. The biggest danger I see is that companies are compelled to share what their scientists learn. Company-sponsored research might not be published because it’s to company advantage to keep findings proprietary, either because they might help competitors or because they’re not flattering. I suppose that’s fair – they paid for it, so they own it – but it fights against the scientific ideal of free collaboration in the pursuit of knowledge. In the United States, research funded by the National Institutes of Heath must be made open-access, not hidden behind a journal’s paywall, so that anyone and everyone can make use of it; the public paid for it, so the public owns it. It’s great that Nomacorc funds opportunities like the wine science forum I attended to share some of the research they sponsor and that their staff scientists publish, but I’m sure that not all of their research makes it out to the public.

So, is privately funded enology research a problem? Not on account of potential bias, but if you want to start a conversation about intellectual capital and the freedom of scientific ideas, that answer might change.

Disclosure: Nomacorc paid for my trip to Napa (and were superb hosts), but has no hand in my writing.