I like to consider myself part of the “Y” generation. I use hair product (when told to), can work my way around a Blackberry (if I have to), lose disgracefully at tennis on a Wii Box, am armed to the teeth with all the pre-requisite links and tags of Twitter, Facebook, Linked-In, etc., and would even wear pink shirts on funky Fridays at the office if not for the fact that I wear t-shirts most of the time anyway.

There I was thinking that I had all the tools to qualify as part of the “cool gang” of Internet-using Gen-Y hot shots, and then about fifteen minutes ago I found out about Manga comics….

These little, sometimes violently explicit magazines have an estimated readership in Korea, Japan, France and China that runs into the tens of millions PER WEEK. Being the supposed Internet-head I purport to be (hell, I even run an Internet company), I “Googled” it and there it was for all to see…. 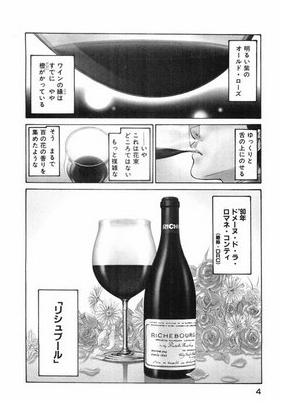 Amongst the various Manga comic writers, there are two siblings—Yuko and Shin Kibayashi—who write under the pseudonym Tadashi Agi. It seems their particular claim to fame in the Manga community is to weave stories around wine-related issues. They started with French wine and recently turned their attention to Australian wine as well.

Forgive me for paraphrasing what is evidently an epic series, but it all comes down to two dudes being pitted against each other to find the 12 greatest wines in existence, called the “12 Drops of God.” Thankfully for d’Arenberg, The Laughing Magpie is one of them.

So powerful was the marketing force of this particular episode where the wine is described, that every single drop was sold out in Japan within days. Rumour has it that the winery brought forward the release of the next vintage to try to satisfy the Manga-fueled mania of demand for the wine.

This is (roughly translated) is how Tadashi Agi describes the d’Arenberg Laughing Magpie:

“It’s spicy and overflowing with energetic life. It’s both exotic and made for normal people at the same time. This shiraz is really very good. I didn’t expect much from a wine under a screw cap.” (Ref: The Age, Sept. 9, 2009)

With all the due respect and humility to the wine critics of the world, no writer could put it better and in a more maddeningly Zen Japanese way. The stuff is good, simple and full of the joy of life.

A classic blend of Shiraz and Viognier, this wine does the trick every time for me—year after year, and the price speaks for itself. It is jam-packed with good rich fruit and the dab of Viognier gives it a sexy perfumed lift the same way that a glass of bubbles does at the beginning of every great night out.