Glutathione, the secret to fruity wines (or one of them, anyway)

One of the things a lot of people look for in wines – in particular young-drinking wines – is a good dose of clean, expressive fruit. Logically, a great number of winemakers seek to provide just that, in a precise and reliable manner.

As they do so, one of the things these winemakers have to fight is oxidation, which tends to move aromas from fresh fruit to cooked, bruised or dried fruit, or even take the fruit flavors out altogether. But beyond one obvious thing – don’t let your wine get too much air – what elements, present in the wine itself allow oxidation to be kept at bay and freshness to be preserved?

Certain things like acidity or tannins can help, but so can another component whose role in both fermentation and aging is truly surprising: glutathione. 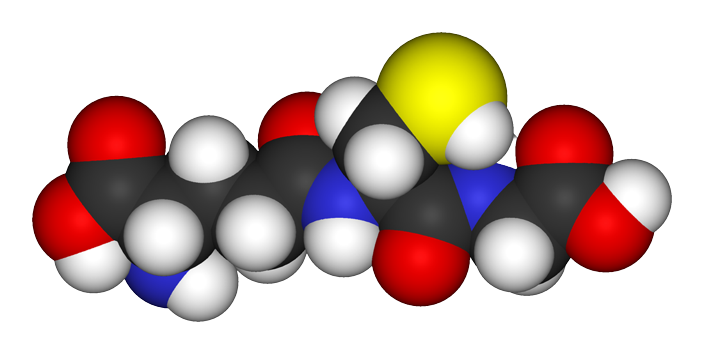 This chemical component, which occurs naturally in many plants, including grapes, is remarkably powerful at fighting the effects of oxygen, in particular during the fermentation process. As research progresses, its role and its workings are gradually becoming clear. “It’s only recently that we’ve started to come to grips with it”, says Dr Maurizio Ugliano, enological research manager for Nomacorc, a synthetic cork company that has collaborated with a number of institutions around the world on projects regarding oxygen management in winemaking.

The role played by glutathione has mostly been studied in white wines, notably in sauvignon blanc, Ugliano explains. You know those passion fruit aromas in New Zealand sauvignon blanc? They are provided by a series of aromatic components becoming to a family called thiols. Thiols, however, are extremely sensitive to oxygen, and can degrade fast if nothing stands in the way.

That’s where glutathione comes in. “It has a great affinity with oxygen, more so than much else found in grapes and wine”, explains Tony Milanowski, who teaches winemaking at Plumpton College’s viticulture and oenology program, in Sussex, England. That means glutathione prevents the oxygen that enters the must or the wine from causing oxidation, through various (and sometimes complex) interactions with other elements present in the wine. By preventing the more damaging chemical reactions, it helps preserve the other, more fragile aromatic components.

The peculiar aspect of how glutathione works is how it binds with yeast, during fermentation, influencing a number of chemical reactions. When the yeasts die, they release the glutathione, explains Ugliano, which is one aspect of what makes aging on lees a good way to protect the wine from oxidation. Lees are largely composed of dead yeast, which makes them a source of glutathione.

However, such quantities remain relatively small, and this is why, among the many tools put at winemakers’ disposals are glutathione-enriched yeast hulls or inactivated yeast, which can be added to must or juice at the beginning of fermentation, to help prevent oxidation.

Glutathione also plays a role in counteracting the effects of an oxidation enzyme called tyrosinase (some also point to another enzyme called laccase). This enzyme produces two components, quinones and hydrogen peroxide, which both can cause great levels of oxidation, in a sort of chain reaction.

“Glutathione grabs the quinone, binds to it, which stops its reactive action”, explains the Plumpton College researcher. More concretely, that preserves the aromatics in wine, as well as the color – particularly in white wines – by preventing the browning that usually results from oxidation (think of what happens with apples).

Interestingly enough, explains Milanowski, some of the grapes that have the highest glutathione content are varieties like colombard, chasselas and picpoul, varieties that are known to retain freshness even when they are grown in hot places. Conversely, varieties like grenache blanc and muscat have low glutathione ratios, and they generally tend to produce richer wines. The capacity of glutathione to sustain fresh, fruity aromas certainly seems to correlate with that.

Too much of a good thing

As with many things in winemaking, however, glutathione does not necessarily have only positive effects. Its qualities can also create other problems, depending on how the wine is managed and also on the complex chemistry of a particular wine. For instance, explains Maurizio Ugliano, “there are other components in the thiol family that produce reductive aromas, and glutathione protects those as well.” In other words, fruity aromas might still fade and be overtaken by less pleasant, reductive aromas – things like burnt rubber, garlic and other smells you would generally rather not have in your wine.

A high amount of glutathione (naturally present and through the addition of yeast hulls), combined with significant SO2 additions and a winemaking approach that limits oxygen greatly might indeed result in doing the opposite of what the winemaker was aiming for: preserving the fruit aromas. It may sound like a bit of a cliché, but it is constantly true: winemaking is always a question of balance.

In any case, Maurizio Ugliano and Tony Milanowski both point out that isolating glutathione as the single element responsible for certain aromatic profiles would be overly simplistic. For example, riesling, perhaps surprisingly, has low glutathione content: in this particular case, high acidity may play a greater part in providing an impression of freshness than aromatic components. The importance of glutathione may be greater in more aromatic varieties where winemakers would seek to preserve those fragile, fruity components.

As with much of wine chemistry involving oxidation (“and reductive chemistry is even worse”, quips Milanowski), we are still far from a full understanding of what makes glutathione tick. And better yet, as the Plumpton College lecturer points out, certain research papers aimed at determining the role and mechanisms of glutathione have concluded that some of the action attributed to that wonderful tripeptide could actually come from… other, as yet unidentified compounds. Yet another example of what makes wine so complex and fascinating, both in making it and drinking it.