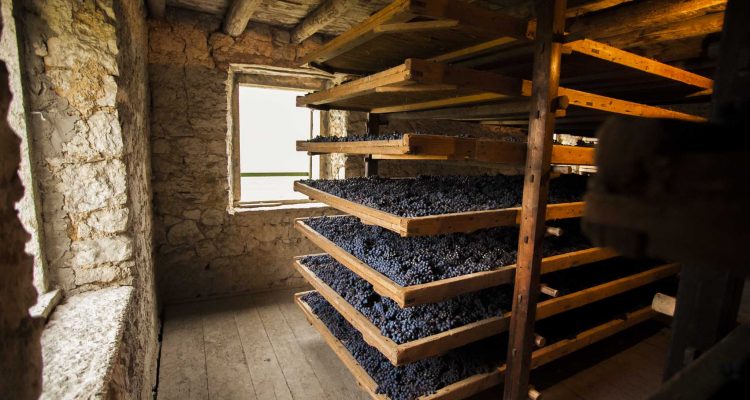 In recent years we have seen many wine myths debunked in the US and Europe. However, some of them still resist fiercely, mainly with older people. For example, in America, many older people believe that only dry wines are quality wines. In Italy there’s a wine myth that “sweet wines are just for women.” In reality, we know that both of these mindsets are totally wrong.

So why is the belief still so deep-rooted in Italy? Probably for an ancient, historic reason. In the early years of the Roman Empire, the consumption of wine was mandated for men only, based on a Roman supposition that, for women, drunkenness was a prelude to adultery. Even in the best case, a woman who drank wine would become a chatterbox, which went against the behavioral code of ancient Rome requiring silence and discretion for women. So women were allowed to drink only water, milk, or drinks that were very different from temetum [true wine]: Women could drink the “dulcia” sweet wines like passum, made with dried grapes, because the Romans didn’t consider them to be “true wines.” Luckily, that perception ended with the end of the Roman Republic: by the beginning of the Roman Imperial era (in the year 27 BC) almost nobody remembered the old ban. But did they remember the tradition – even though for the next 2,000 years, women and men happily consumed very good quality sweet wines in Italy – and around the world?

Nowadays in Italy, the “sweet wines” category is somewhat challenging. The wines are expensive to produce and to buy, the quantities are limited; it’s not easy to find a really good, impressive sweet wine. Personally I’ve always been convinced that sweet wines have a great future: if you want to motivate a non-drinker, or inspire a young person to approach wine, you cannot start with a tannic red wine or a citric white wine. The easiest choice is always a sweet wine, because almost everybody loves a sweet taste. This is one of the secrets of a very successful wine like Prosecco: it is appreciated all over the world because it is traditionally an easy, enjoyable, slightly sweet wine. Today, younger people around the world enjoy sweet wines. In fact, “sweet red” wine is one of the fastest growing categories in America.

Let’s talk about Italian red sweet wines: they are rarer than sweet white wines. But some are exported to the US, so I’m going to introduce you to a few, with some non-traditional pairing suggestions.  I’ve found that a helpful trick is to look at the residual sugar of the wine (usually listed on the technical tasting sheet online). In some “extreme” cases when the wine has more than 200 grams per liter of residual sugar, you will be better off sipping it on its own.

We’ll start in the north, in the Veneto region of Italy, specifically in the romantic city of Verona, with Recioto, a memorable, sensuous wine. Technically, the full name of this wine is Recioto della Valpolicella, and it is the father of the renowned Amarone della Valpolicella.  As you may know, Recioto is a complex and velvety wine made with dried grapes. The traditional pairing in Verona is with pandoro (a traditional leavened cake), with shortcrust pastry, and with cakes filled with almonds or other dried fruits. Want to go in a different direction? Try the wine slightly chilled (especially if the residual sugar is lower than 150 gr/l) as an aperitif with salty peanuts. Or as a snack in the late morning or afternoon, served with sliced sausage or salami on fresh, artisanal bread. If the Recioto you’ve bought is really sweet, you can serve it after dinner along with very good, dark chocolate.

How about sparkling wine – sweet red, sparkling wine? You can try Sangue di Giuda, a fizzy and mildly sweet red wine from the Lombardia region, from Oltrepo Pavese to be precise. It’s a fresh and pleasantly fruity wine made with croatina, barbera and other red grapes. If you’re in the Southern Hemisphere right now, it is perfect for a summer snack. Add slices of fresh peaches to your glass, or serve it with a salad of fresh strawberries, or with a zesty cheese. One of this wine’s best features is its low alcohol content, around 7% (which is about half the amount in most table wines).

Another rare, sweet red sparkling wine is Vernaccia di Serrapetrona, (which is also made as a dry wine). This sweet wine is made with a local grape, vernaccia nera, in a quite small area: just 164 acres of vineyards in a tiny medieval village, Serrapetrona, near Borgiano Lake in the Marche region. It is an aromatic wine, made with partially dried grapes, so the flavors and aromas are reminiscent of red flowers and jam – although the aftertaste can be tart. Being a wine with little tannin, it is a nice pairing for hearty grilled fish or a plate of shrimp.

Last but not least, a red sweet wine from Southern Italy: Aleatico di Puglia, from the local aleatico grapes. It comes in two versions: dolce naturale (naturally sweet) and liquoroso (fortified). It is made in a picturesque manner, with grapes that are either partially dried on the ground or on mats, right out in the vineyards. I would serve the naturally sweet version of Aleatico di Puglia with a sausage snack. Or maybe with a traditional Puglian almond pastry which is not too sweet. I would keep the fortified version for welcoming friends to my home – or maybe just for my family. In the current bitter times, every once in a while everybody deserves the best sweet wine we can find.