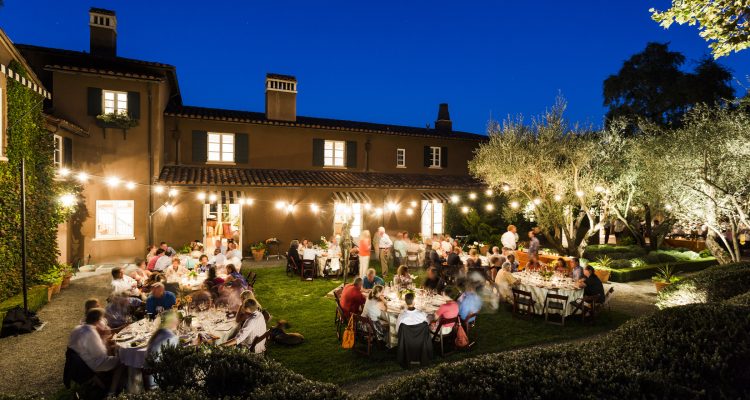 Research has shown wine is good for your heart. But did you know it can also benefit the brain?

At least, that’s the case in the Napa Valley where for the last two decades the Staglin winemaking family has been orchestrating a hugely successful annual fundraiser for mental health research. The event, held over the second weekend in September, is closing in on $200 million in direct contributions and grants and features up-and-coming music group Vintage Trouble, Grammy-nominated singer Jewel and a line-up of wines that includes the elusive Screaming Eagle, Scarecrow and Harlan Estate.

Big names and big money – yet the weekend remains a deeply personal cause. The family got into this after son Brandon was diagnosed with schizophrenia at age 18. He was able to get the treatment he needed, but the family realized there was more to be done to encourage research for others as well as help erase the stigma that keeps mental illness in the shadows.

“The core of why this all started has never been forgotten and is the passion that drives us forward even today,” says Shannon Staglin, Brandon’s sister and president of Staglin Family Vineyard. “It’s because of that personal impact. Seeing somebody that you know and love suffer and then get better and live a happy and fulfilled life is a reward greater than almost anything. It’s that personal connection that has driven my family to push beyond just helping Brandon and really doing everything in our power to make a difference for many more people.”

The event, known as the Music Festival for Brain Health, began as a scientific symposium followed by a small concert in 1995 with dinner by Chef Charlie Trotter. Since then, performers have included Tim McGraw, Gladys Knight, Dionne Warwick and The Pointer Sisters.

2008, the festival evolves into the International Mental Health Research Organization (IMRHO) which produces additional fundraising events nationwide and has increased its reach with additional board members, advisors and global scientists.

2011, IMHRO partners with Congressman Patrick Kennedy for a new group, One Mind for Research.

All festival expenses are covered by the Staglins through the sale of their Salus label Chardonnay and Cabernet Sauvignon (along with help from participants, many of whom make in-kind donations), meaning 100 percent of money raised goes to fund scientists and programs at universities and elsewhere.

The goal is heady stuff – but the event itself is anything but stuffy.

I’ve attended a few times and remember it mostly as a whirl of chatter, music and some very good wines. A memorable moment: Peeking into the kitchen and seeing former MLB player Rusty Staub helping with the washing up. (He’s a family friend.)

The main venue is the Staglin winery, which may look familiar if you were a parent of young children in the ‘90s; this was the setting for Disney’s remake of “The Parent Trap.” This year, the festival has expanded to two days, with the second concert, featuring Jewel, to be held at the Lincoln Theater in Yountville.

Tickets start at $100 for the Jewel concert and go up to the thousands for the full slate and sponsorships.

For Shannon Staglin, a highlight is the scientific exchange.

“When you’re dealing with something like the brain where there’s so many unknowns, the space for new findings is at this point infinite,” she says.

The festival has come a long way in 20 years. The Staglins expect it to go further.

“There’s a ton of momentum right now which is very exciting. The advancements have been gaining and the money raised has been adding up,” says Shannon Staglin. “We’re at that tipping point right now where I think things will really start to take off.”