One very interesting aspect of the wine tasting profession is the notion of a regional palate.  The difference is clear to those who judge at competitions that use tasters from all over the world, or even just from different parts of North America, from east to west coast. There is a definite propensity for those who taste mainly wines from the west coast, whether it is the Okanagan Valley in BC, Washington, or California, to prefer lower acid, “bigger,” more fruit forward wines.  West Coast palates also tend to be far more tolerant of higher alcohol wines. 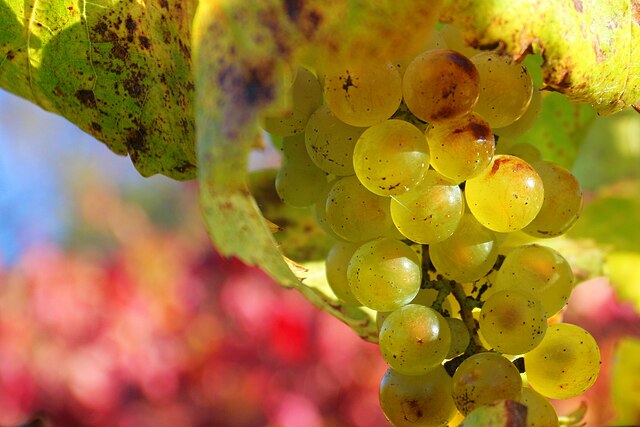 Of course, in the US, there are many “Warm Climate Palates” on the east coast – one suspects they learned mainly from Californian wines, and there must be a few “Cool Climate” or “European” palates in California, although I’m not sure I’ve met one.

As an Atlantic Canadian wine guy – from close to as far east as one can get on the continent – our palates are mostly “acid friendly,” although there are exceptions.  Thus it is very interesting for us to taste alongside warm climate winos, to judge and/or travel with them, and it’s very interesting for us to visit places like California to get truly immersed in the wines for an extended period.

Winemakers and particularly wine sellers from California are aware that Canada has a different preference than most of America, and that there is a difference between western critics (BC to Manitoba) and those from Ontario, and another change as you move into Quebec and further east.  Canada is an important market for California, so they want to understand us.

The newer wine critics and judges in Ontario and Atlantic Canada have grown up drinking our own wines, which are truly cool climate in nature.  Quebecers have cool climate palates for a different reason. Most don’t heartily support their own wine industry, with some notable exceptions, but they grew up on Loire, Burgundy, Alsace, Champagne and Bordeaux, so they like wines with lower alcohol and higher acid.

Tasting together in California

On my recent trip to California with a group of Canadian writers and Sommeliers from East to West, we did a half dozen structured comparative Chardonnay tastings, including at Wente, a terroir comparison at Chateau St. Jean, and another comparison of various Constellation brands at Clos du Bois.  We tasted other cooler climate specialists, including Etude and Flowers.

The most memorable Chardonnay tasting on the trip was a vineyard tour, seminar and tasting of several Sonoma County AVA’s at Kunde, in Sonoma Valley.   Californian producers hate it when people say  “Californian Chardonnay is too oaky and buttery,” and one can understand why, after sitting through a tasting like this, because it is rarely true anymore.

Just as in Chile and Australia, the trend in Chardonnay is towards the Burgundy model, with careful oak use, seeking out grapes from cooler sites. The Sonoma Coast and Russian River Valley AVAs are excellent examples.

We heard from winemakers David Ramey of Ramey Wine Cellars, James Hall of Patz & Hall, and Zach Long of Kunde Family Estate. To summarize, their winemaking philosophy is to match the amount (and toast level) of oak barrel fermentation and aging, and malolactic fermentation, to what the vineyard provides, resulting in balanced wine.

We tasted 8 current releases from various wineries, including Flowers, Buena Vista, MacRostie, Gary Farrell, Stonestreet, and the 3 wineries with winemakers present, plus three older wines from those same three producers. The results were impressive.

Ramey was perhaps the most reflective of everything a ”European Palate” might want from California.  We tried 2009 and 2005 Ramey wines from Ritchie Vineyard, a Russian River vineyard planted with Wente clones in 1972:  old, low yielding vines planted on “Goldridge loam” soils.

The 2009 was very perfumed and floral, with spicy French oak evident but not overwhelming, with stone fruit and balanced acidity. It clocked in pretty high at 14.5% alcohol but this was not distracting on the nose or palate. The 2005 showed what this terroir is really about, showing the rich, slightly nutty character one expects from premium white Burgundy, and still blessed with good acidity.

In truth, there was only one over-oaked, over the top Chardonnay on the entire trip, and it was one that was unabashedly intended to be that way: a big monster from Wente called “Nth Degree.”

Overall, the Chardonnays that we were presented with on the trip, and which we must assume are the current standard for good Cali Chardonnay, were very appealing to this cool climate palate. Perhaps the west and east coast palates are moving closer together, or were never as far apart as we thought.

Craig Pinhey is a wine, beer and spirits writer based in New Brunswick, Canada.  You can read more of his stuff at frogspad.ca, visit him at www.facebook.com/Craig.Pinhey.FrogsPad or follow him on twitter as frogspadca.